Portland, Oregon is indeed a weird city, and its residents do everything they can to keep it that way by continuously plastering art all over the streets. As a liberal and progressive city, it can seem difficult to find your place of success and profit, especially when the market is oversaturated with artists. These local Portland tattoo shops are kicking ass and taking names, regardless of how old or young they are. Here are three of the top tattoo hot spots in PDX at the moment.

New Rose Tattoo may be a bit on the pricey side, but the chic shop aesthetic and elegant stylizations from favored artists such as Mikal Gilmore, Carrie Smith, and Xavier Darling make it well worth the ballpark $140-160 per hour. Artists such as Erica Kraner even have a seemingly indefinite waiting list for fans of clean and simple black lines with a modern minimalist attitude. New Rose Tattoo also has a sister shop, Blue Ox Tattoo, which is located in the beloved Kenton neighborhood. Both shops provide extensive details on how to prepare for a consultation as well as the day of your new ink.

Atlas Tattoo Studio is a slick looking shop with slick artists running the show. Founded in 1998, it has been one of Portland’s favorite shops for nearly two decades and is open seven days a week. The shop specializes in large pieces and multiple session tattoos, but they are available for walk-ins on Sundays. The artists’ style range from Japanese traditional, to comic-inspired, to psychedelic, to American traditional, and more. Artist Jason Redmond even builds his own tattoo machines while other artists such as Cheyenne Sawyer specialize in classic yet innovative designs.

At Hawthorne Ink Tattoo their motto is pretty straightforward— “Clean, safe, and professional.” What more could you ask for? The shop is celebrating its fourth birthday this year after being founded in 2012 by Cathy and Kenny Hyde. The shop offers only the highest quality of art with its small yet rockstar team including R Toby Linwood, Nate Kraus, Kimber Teatro, and Aubrey Hight. Hawthorne Ink Tattoo may be young, but they are rapidly building a strong reputation in one of the most artistically competitive and versatile cities in the world. In addition to awesome tattoos, all of the artists offer custom paintings and art to take home. 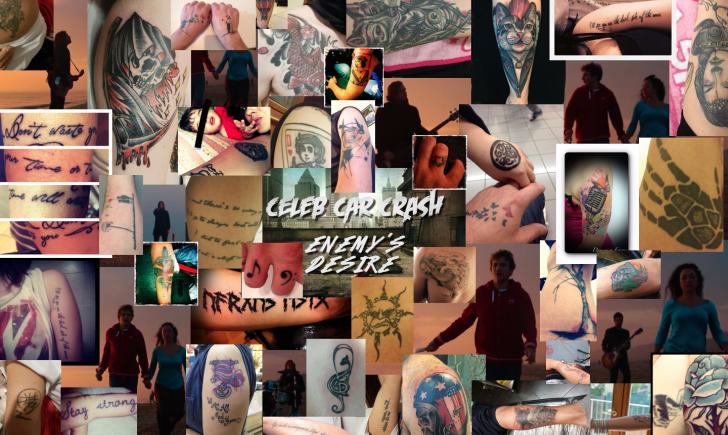