If you don’t know yet know, here’s your chance to get to know…the Devil You Know.  ROCKwell UnScene sat down with the “Italian Six String Stallion”, lead guitarist Francesco Artusato in Las Vegas to talk about all things Devil You Know and of course, his beautiful ink on flesh canvas.  Who is his artist? Does his ink reflect his playing style?  What do his Italian parents think of their son being a tattooed rock star in an American band?  These questions and more are answered on the following pages…

Rockwell:  Hey, it’s Rockwell Anderson here with ROCKwell UnScene for Tattoo.com in fabulous Las Vegas, NV at LVCS.  Who am I here with? 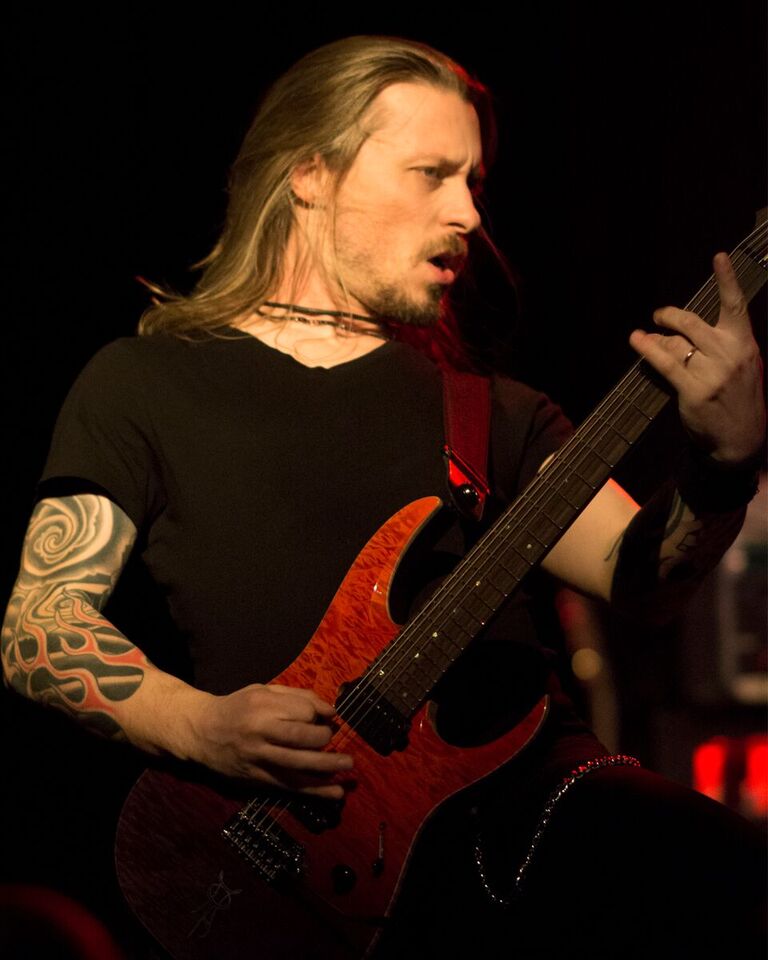 Rockwell: I’m very excited to see the show tonight. We saw some of your sound check and we got the chills.  I had a few chances to see you in 2014 when you were touring with Black Label Society.  But when you were in Philadelphia, I was in Atlantic City and when you were in New York I was in New York – I missed you both times!  We’ve never seen you live (even though you’ve been in our mag).

Rockwell: For those who don’t know, Devil You Know is kind of a super band. Tell us who you’ve played with before and all the guys in the band, who have they played with?

Francesco: I was playing in the band All Shall Perish before. Howard was in Killswitch Engage. Ryan, our bass player, was in Bleeding Through, and John used to be in Devolved… and he did a bunch of work with Fear Factory and Il Nino.

Rockwell: You guys came out with ‘They Bleed Red’ last November on Nuclear Blast. Tell people why they should get that album if they haven’t already.

Francesco: I don’t know if you had the chance to listen to our first record… you (Rockwell) probably did. I think it shows the evolution of the band and how the sound has improved. I think we know more now what we want to do, and that literally translates all those ideas into that record. We really worked hard, and with a great producer – Josh Wilbur. He’s done the last four or five Lamb of God records. It was a perfect match. Finally we get to play the album live. We released the record when we were in Europe touring, and now we’re finally touring the States.

Rockwell: Let’s get into your tattoos. What’s your most personal or favorite tattoo, and why?

Francesco: I’m from Italy, and I have a best friend who’s actually a tattoo artist there. He’s been tattooing people forever. This is something that I started with him, and when I first started it was just a shoulder. It was a really small thing. He told me to go big, but I wasn’t too sure. As soon as it was done,  I called him and told him I wanted to do more.

Rockwell: You were hooked… what’s his name and where is he based in Italy.

Francesco: Andrea Bobbio, and he’s based in Treviso, Italy where I’m from. I was reading in a tattoo magazine that he’s literally one of the first tattoo artists who opened a shop and was an official tattoo artist. He has a bunch of awards, and he’s come to America a bunch of times to tattoo people; he’s amazing. He’s such a nice guy.

Rockwell: Did your parents have any problems with it? I know Italian culture is a little different.

Francesco: By that time my parents knew I was kinda different with a lot of things, including the music thing. “I’m moving to America to be a musician.” After that a tattoo was nothing.

Rockwell: Does any of your ink relate to music in any way? Or are you planning on getting any that relates to bands you’ve been/are in or you’re a fan of?

Francesco: Not at the moment. I used to be crazy about martial arts and Japanese culture was really fascinating to me. My brother actually went to a university to study ancient Chinese. It’s kind of like Latin for us. So he was studying that and he had this book and I found some lines that I thought would be cool. This means (pointing at his inside right forearm) “As fast as lightning”.  Me being the guitar player, I thought it was perfect.

Rockwell: So it does relate to music a little bit… who you are and how you play. Well, you have a show to play, so we’ll let you go. Thank you for your time. 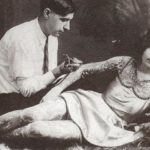