Apprenticeship: Alive and Kicking in the Tattoo World 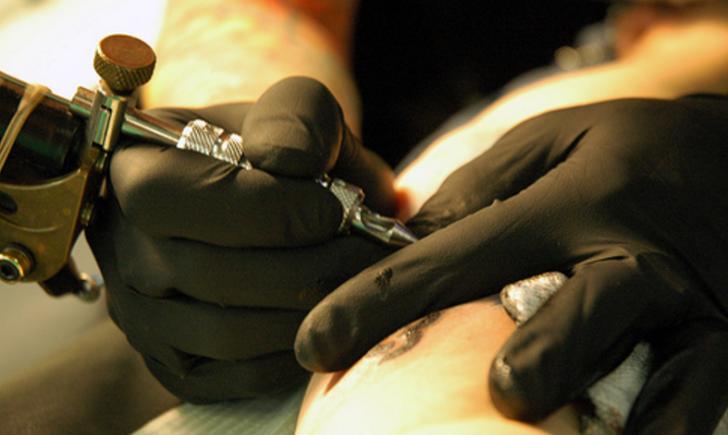 If you’ve ever gotten a tattoo, you already know that it takes a lot of trust and faith in your artist. Letting someone jam needles into your skin hundreds of times can be a little daunting, but they’re professionals, right? I mean, they know what they’re doing…They went to school for this, didn’t they?

There is no such thing as a degree in tattooing. You don’t enroll at your local community college to learn the ins and outs of this sub-cultural practice. But, just because someone didn’t attend an Ivy League school to learn the industry, doesn’t mean that they don’t know what they’re doing.

So how does one learn the art of tattooing, then? 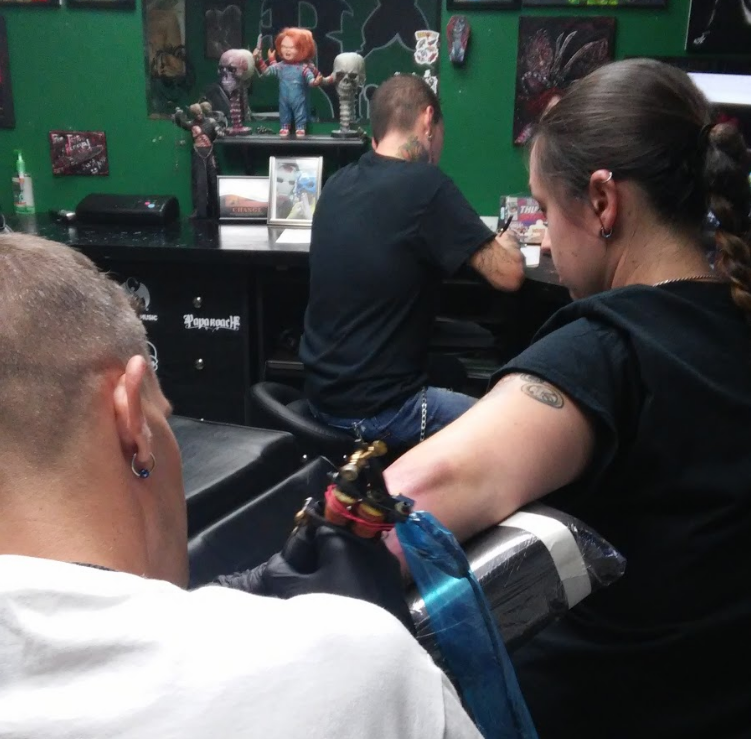 The practice seems to have kept its original methods of passing down the artistry. Tattooing is one of the very few remaining industries still utilizing the age-old practice of apprenticeships. What was once the only way to learn any trade, way back in the day, is still being used as the best method of breaking into this industry. Tattooing itself still utilizes many tricks and tools from its early days, and it is a practice that has been around for thousands of years, so it is no surprise that the industry is still focusing on older, more hands-on methods of teaching the trade. And, let’s be real here, would you really want a tattoo artist who had only ever had his nose in a book and had never actually put needle to skin?

In order to secure an apprenticeship in the tattooing industry, there are a few must-have prerequisites. Although there is no grade point average or high test scores required, a tattoo artist is not going to take the time of day to attempt to teach a person who can’t even draw a stick figure. The prospective tattooer will need to have skill…serious artistic skill, as the job requires so much on-the-go design. This isn’t a job for someone with no concept of art whatsoever. A general knowledge of the industry, the styles, and the equipment (no, do not go buy a home kit and start working on yourself!) are a plus—but mostly, dedication to the industry, the art, and the shop are required. 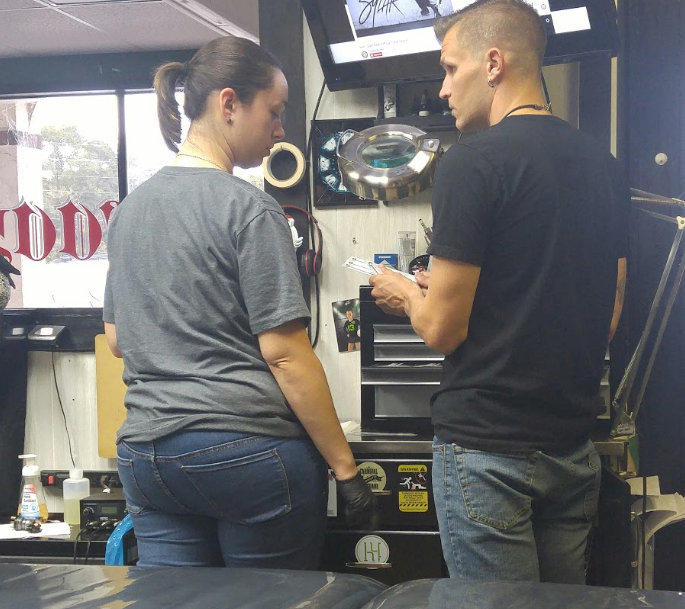 An apprenticeship can vary in length due to a large number of factors, ranging in time frames of one year up to five years. As the apprenticeship itself is unpaid, the apprentice will often time have another job, so how many hours a week they can devote to their apprenticeship will greatly affect the length. Other factors can include the shop itself, the artist the apprentice is working under, and how many test-runs the apprentice can do. Apprentices generally start out being the “shop bitch”— cleaning, taking out the trash, setting up and breaking down stations, answering phones, and making the coffee runs. They spend a lot of time hovering over their artist’s shoulder, listening in to consultations, and generally just being a fly on the wall, soaking up every inch of information they can.

Many artists will have their apprentice do certain exercises, such as line drawings, replicating flash, and creating their own takes of each tattoo style available. They need to demonstrate clean line work and a mastery of each style before they’re ever allowed to pick up a tattoo machine (if you call it a tattoo gun, be prepared for your apprenticeship to be over!). 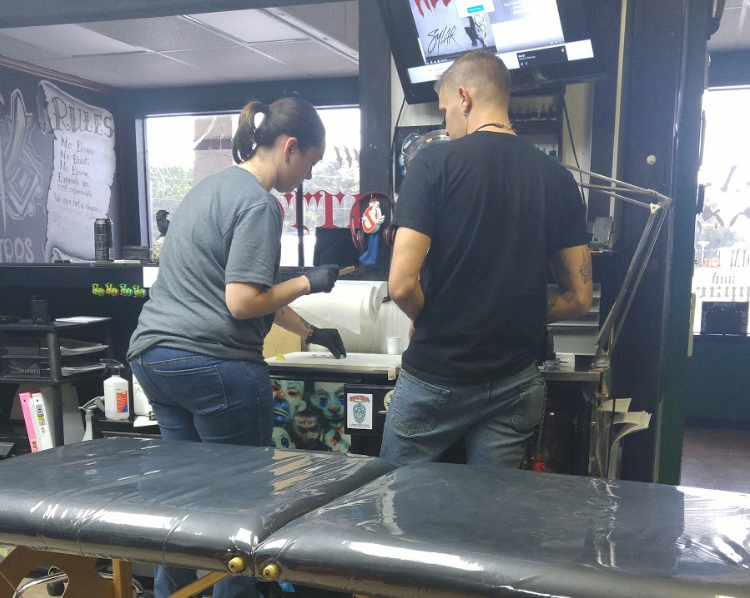 Once the artist feels the apprentice has conquered the general skills of the art, they’ll begin to let them work with the equipment. Generally, they’ll start by setting up and breaking down the artist’s station. First with supervision, then slowly on their own, until they can look at the tattoo stencil and immediately know what needles, machines, and inks to set up on their own.

After the apprentice shows their equipment knowledge is on par, they’ll be allowed to start their first test runs. Often, artists will have the apprentices start on the skins of fruits, such as oranges. Some will utilize the fake skins that are sold by tattoo equipment manufacturers, but this can often get expensive. Eventually, the apprentice will move on to human skin, whether this is their own, their artist’s, or willing friends and/or family.

Today, an apprenticeship is just about the only respectable way to learn the art of tattooing. Artists and shops tend to shy away from what they call scratchers—people who teach themselves to tattoo (usually with many bad habits) in their garage or kitchen. Showing you were able to find a reputable shop or artist to teach you, that you took the time and effort to go through the mundane chores and grunt work before ever picking up a needle, and that you stuck with it for many years, despite never being paid, shows a true dedication to the industry. Plus, by the end of the apprenticeship, you’ll have a snazzy portfolio to show off and a slowly building clientele roster! Despite the hard work, the crap pay (or lack thereof), and the stress that goes into being an apprentice, it is a rewarding process, and for those who actually love the industry, an enjoyable one, despite the challenges. It also develops a well-rounded artist who has learned the ins and outs of the business hands-on!
Apprenticeship: Alive and Kicking in the Tattoo World was last modified: December 1st, 2017 by Elisha Belden
0 comment
0
Facebook Twitter Google + Pinterest
Previous post
Next post