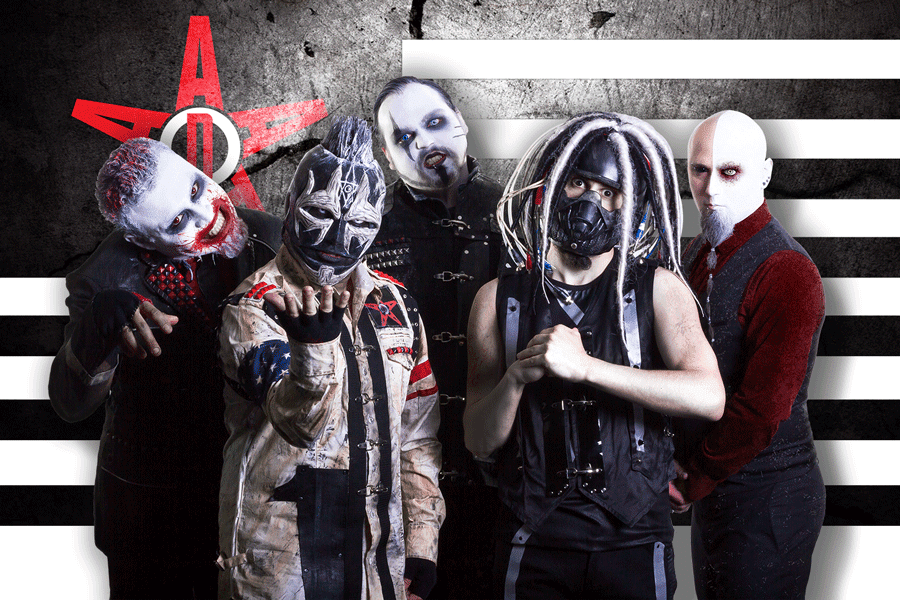 Portland OR shock rockers Amerakin Overdose have been working hard to bring fans in the Midwest and beyond a kickass 2018 tour. The band will be a part of this year’s Vans Warped Tour in Salt Lake City, Utah and will also be headlining the Budweiser stage at Rock Fest Cadott, WI. 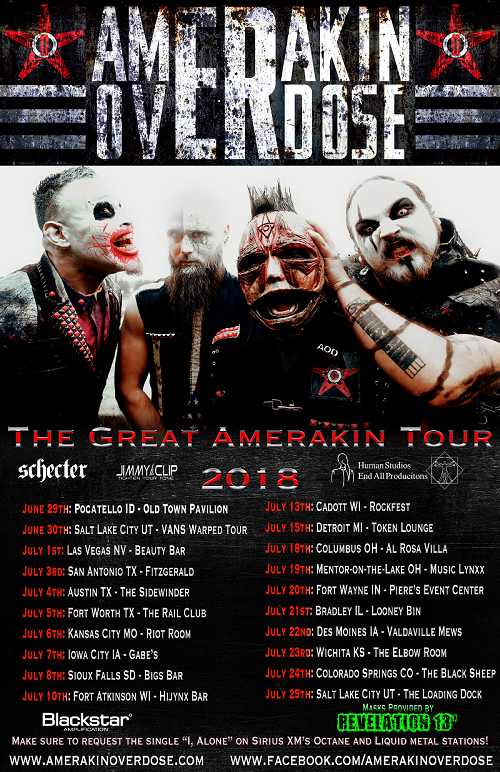 Amerakin Overdose is the brainchild of Cody Perez, the band’s vocalist. He works closely with The Human to write and record the music at Human Studios. After the majority of the writing is done, they bring in Brandon Sills on Bass, Brick on drums, and Pete “Filth” Perez as the secondary vocalist. Bringing an intense experience both audibly and visually, the music is a representation of our current corporate fueled world, where greed and power is the coin of the realm.

With a tireless work ethic and a desire to continue expanding and growing as a band, Amerakin Overdose’s future plans are to continue to create, explore, and to use their own lyrics, get new fans to “Open your mind, see whats inside.” Its this determination and outside perspective that makes Amerakin Overdose at once introspective and socially observant, with an ear to the ground towards modern trends and topics.

The band released their full-length album, The Great Amerakin Dream last fall. With vocalist Waylon Reavis (formerly of Mushroomhead) and guest production from Ahrue Luster (Ill Nino, Machine Head), the album pushes the sonic envelope and puts the band in the running as “the next big thing” to hit the rock scene. 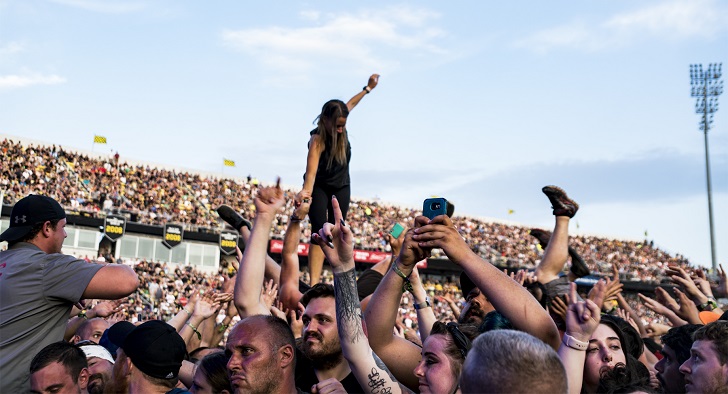 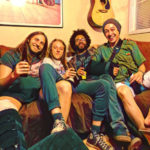