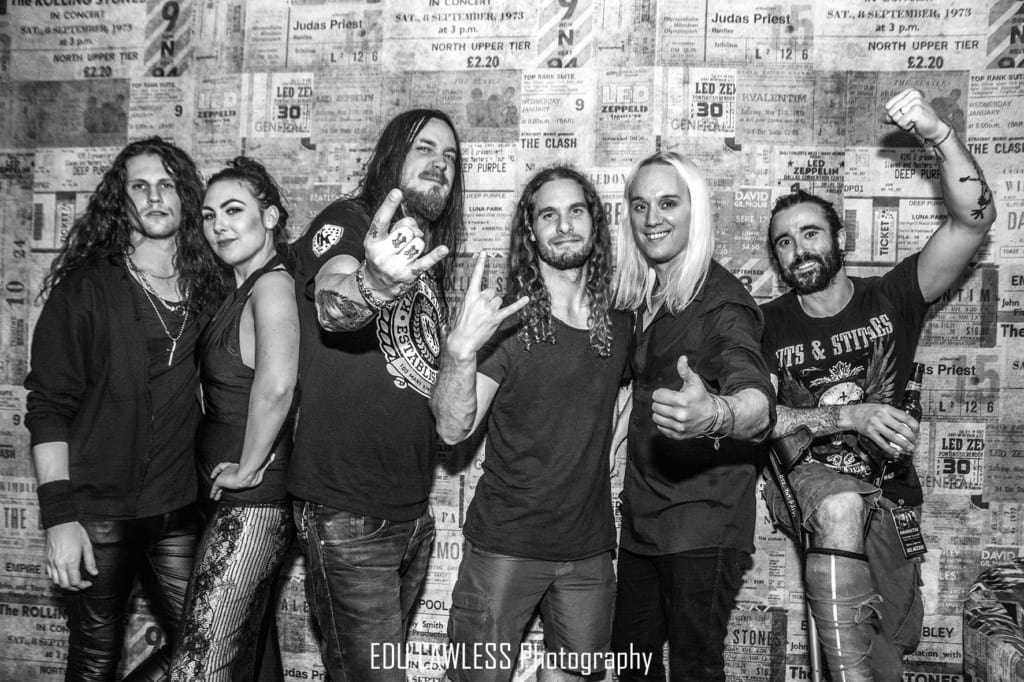 AMARANTHE have released the video for the incredibly catchy song “Maximize” from their latest album MAXIMALISM, out now via Spinefarm Records and which debuted at No. 1 on the Billboard Heatseekers Chart upon release. It marks the third video released from the album, following “That Song” and “Boomerang.”
“‘Understated’ is not what you usually associate Amaranthe with,” said guitarist Olof Mörck “But seeing the raw emotion and personalities combined with ‘Maximize,’ I was convinced that we captured part of the essence of the Amaranthe live machine. Ladies and gentlemen; this is Amaranthe at its rawest and most distilled form! See you all on the road this fall, as the MAXIMALISM world tour invades a city near you!”
The visuals for “Maximize” are a stylistically different choice from previous Amaranthe videos. This video shows a more intimate and rawer side of the band, letting the performance speak for itself, sans any distracting effects or extras.
Shot in Helsinki by director Ville Juurikkala (Bullet for my Valentine, HIM, Sonata Acrtica), “Maximize” demonstrates a band oozing with confidence, after having clocked nearly a thousand shows in just a few years. It also manages to add a tasteful touch of minimalism to MAXIMALISM.
The video was shot before the band recruited their latest member, Nils Molin; however, Molin will be featured in all of the band’s upcoming releases.

Watch the video for “Maximize” by clicking below