posted by ROCKwell UnScene
Meet THEM, “an international theatrical heavy metal band, forged in the pits of metal in 2008 by singer Troy Norr as a King Diamond Tribute”, featuring 3 of the 5 band members from the 80’s thrash metal band “Coldsteel”. Through the years, they performed King Diamond and Mercyful Fate classics while making the rounds in the NY Tri-State area as well as Ohio and Michigan. On occasion Mike Wead from King Diamond, as well as Hal Patino (formerly of King Diamond), would play with the band. 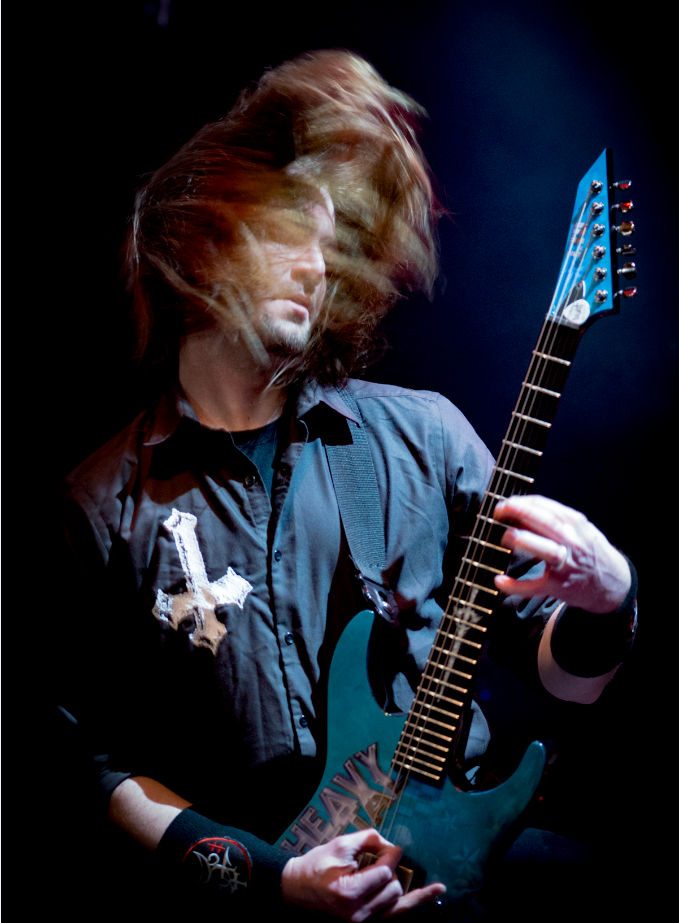 Photo by Rockwell Unscene Magazine
Fast forwarding to today, THEM has been converted into an all original band with all new band members: Mike LePond – Bass (Symphony X), Kevin Talley – Drums (Suffocation), Markus Ullrich – Guitar (Lanfear), Markus Johansson – Guitar (Sylencer), Richie Seibel – Keyboards (Lanfear), and Troy Norr “KK Fossor” – Vocals (Coldsteel). THEM is now debuting their new album “Sweet Hollow”.  After hearing the band perform live and listening to the album, I urge any metal fan to make THEM part of your music collection. I had the awesome chance to see them play live on stage earlier this year with Helloween and Se7en Reasons Why in Hollywood, CA. What I saw left my metal heart craving for more. Visually it was a metal opera unfolding before my eyes, backed by the most brutally haunting metal I have ever heard. I was impressed that this band not only was a visual sensation, but had the sound to blow me right out of my seat. When I had the opportunity to take a listen to “Sweet Hollow” I was not disappointed on any level. Here is some of what you can expect from the album. 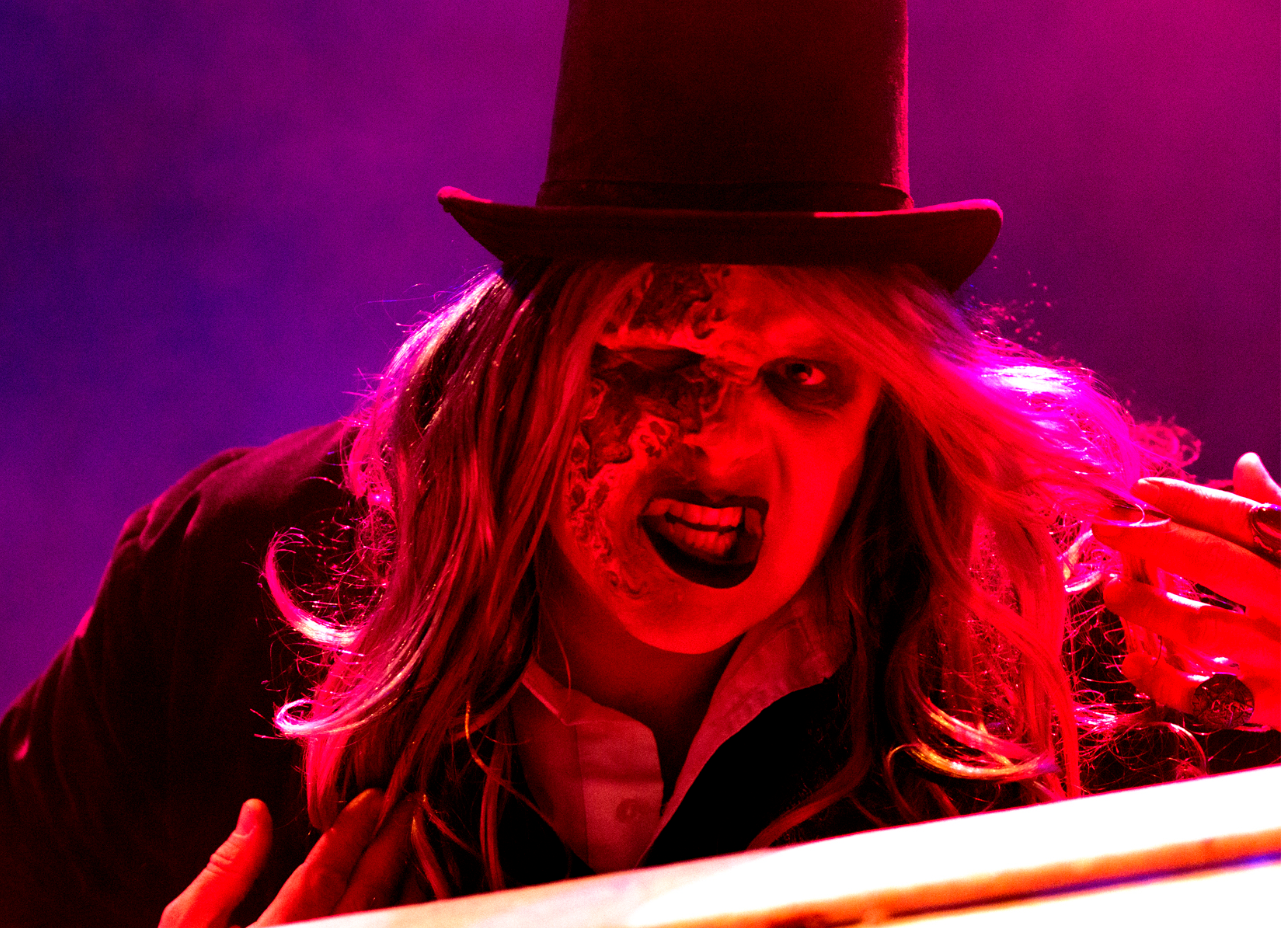 Photo by Rockwell Unscene Magazine
“Sweet Hollow” is a concept album. The tale is that of a man in unfortunate circumstances who is caught between them and evil. When I listen to the album I close my eyes and I can see each track as a scene coming alive inside my head, which is exactly what you should expect from a concept album.  The album features 12 tracks and I loved them all, but I will give you my 3 favorites.
Track 2, “Forever Burns” kicks off featuring the rhythm section hitting my eardrums like a bull through a glass window. The thunderous drumming makes you want to get ready for battle and fight, then chimes in the thick riffs and powerhouse falsetto vocals any King Diamond fan will appreciate. It grabbed me from the start. This song also sets the stage for the plight of the character who must face dyer circumstances that life has dealt him.
“FestEvil”, track 7, is a fun one. It opens with a barker at a circus of horrors setting the stage for the part of the story this song tells. The thick and heavy riffs bring an overwhelming dreary feeling to the character. The lyrics are as dreary and awesome as the song. The words show you the scene. The music is a heavy hitting sound-track to the story.
“The Harrowing Path To Hollow”, track 10. The music is what you may hear if you needed to be convinced to grow a pair and fight… or at least that is what I took from it. 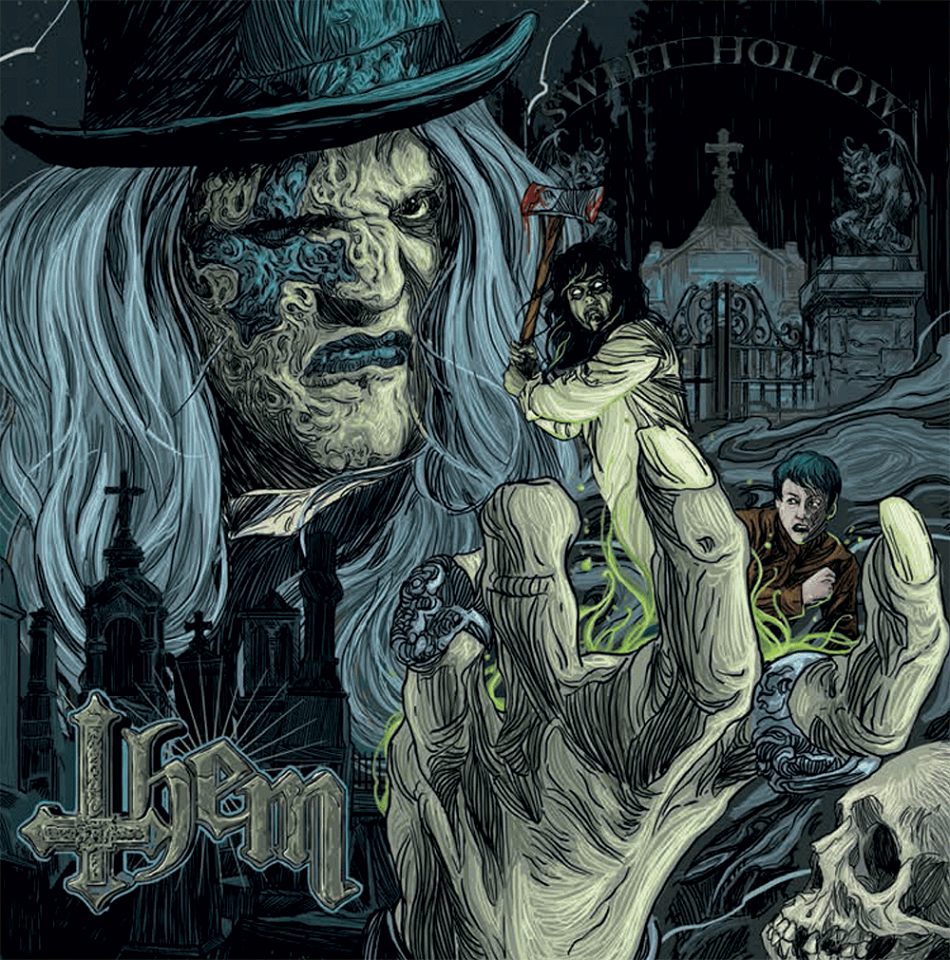 I cannot tell you how much I love this album. It must but shouted from every mountain, roof, and sky written that “Sweet Hollow” is a mus have for any metal music fan. It is a buffet of stimulation for your ears and imagination. To get your hands on “Sweet Hollow” you can go tor all major online music outlets including iTunes, CDBaby, Amazon, and Spotify. Thanks to Empire Records (Belgium) for getting this band, THEM, and their album “Sweet Hollow” to the fans.
ALBUM REVIEW: THEM – “SWEET HOLLOW” was last modified: November 27th, 2017 by ROCKwell UnScene
0 comment
0
Facebook Twitter Google + Pinterest
Previous post
Next post 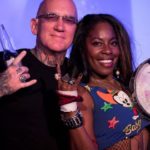