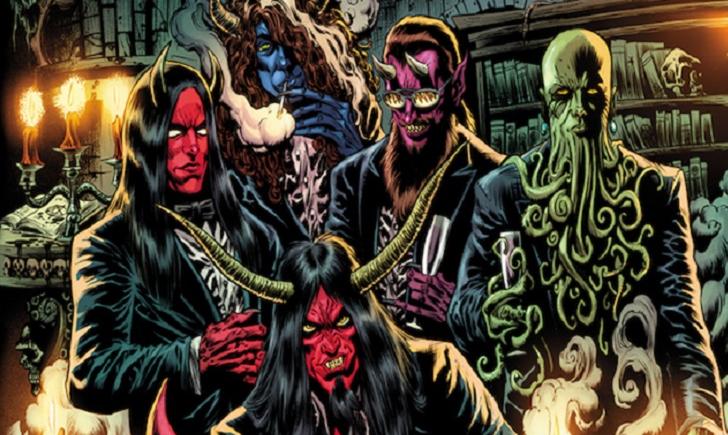 Many bands have covered Pink Floyd’s “Hey You”, but few to none have done it as flawlessly as Bobaflex. I was blown away. I broke out in chills at first listen. To be honest, my first thought was “Great… another cover of this song. Did and done and heard too many times to count.” I never dreamed that I would hear it this well done, and dare I say better than the original.  “Blasphemous!” you might say – until you’ve listened for yourself.  Not only was the cover of this song beyond my expectations, the full new album “Eloquent Demons” is one of the best albums I have reviewed to date.
“Eloquent Demons” by Bobaflex drops on Friday, August 25th  – so save the date and be prepared to have your ears explode with masterfully crafted lyrics, vocals, and top-notch stellar instrumentals. Until then, check out the videos to “Hey You” (also available to purchase now on the band’s official website) and “Long Time Coming” out now.
For those of you who aren’t familiar with Bobaflex, here’s a quick intro:
Marty McCoy – guitar/vocals
Shaun McCoy – guitar/vocals
Dave Tipple – guitar/vocals
Tommy Johnson – drums
Jymmy Tolland – bass
“Eloquent Demons” is the band’s 8th studio album and this is the second album to feature Dave Tipple and Jymmy Tolland.  It marks the first album to be released on Thermal Entertainment LLC.
Currently, Bobaflex is doing what they do best and that is wowing crowds on the road. You can catch the tour happening now til Nov. 25th. Check website and dates to see when they hit a stage near you.
Now let me tell you what you can expect from the album “Eloquent Demons”.
“Eloquent Demons” is nearly flawless, and that includes the intro. I love how it grabbed me by using both wit and satire infused together to give you a taste of the songs to follow. Now comes the songs. It is hard to pick just a couple to talk about since I was more than over the moon for the full album. So, I am going to give you the ones that struck me the deepest.
“Moon and the Shadows” painted a vivid story with the lyrics. One of the best werewolf tales ever told.
“Say What You Will” has a great chorus and showcasing the vocal talent of Marty. I also love the power drumming that kicks in on this behind Marty’s sexy rock vocals, making it a hard hitting, in your face song.
“Off With Your Head”… Wow! is all I have to say.  Love the ballad sound of this song. I think it showcases the range of what Marty can do. This song has elements of Pink Floyd meets Creed.
I am captivated with this album from top to bottom. “Lights Out” and “Long Time Coming” are 2 of the songs that are the reason I am crazy about this album. It features some bad-ass shredding and showcases the talent of the whole band.
I could go on and on but I will end by saying this, Bobaflex is a must-see live band and “Eloquent Demons” is a must have album.
Follow Bobaflex on Facebook, Instagram, YouTube and visit www.theofficialbobaflex.com
Album Review: ‘Eloquent Demons’ by Bobaflex was last modified: December 4th, 2017 by ROCKwell UnScene
0 comment
1
Facebook Twitter Google + Pinterest
Previous post 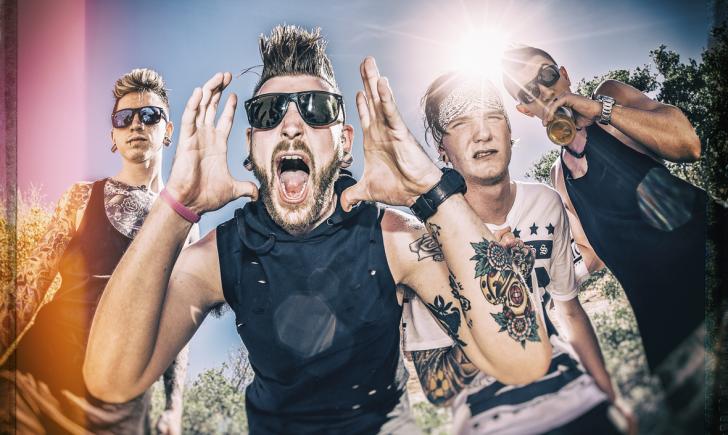