Home ALBUM REVIEW: “ALL THESE COUNTLESS NIGHTS” BY DEAF HAVANA

ALBUM REVIEW: “ALL THESE COUNTLESS NIGHTS” BY DEAF HAVANA

Full of instrumentally masked heartbreak, personal conflict, and longing for lost memories; All These Countless Nights by Deaf Havana is a diverse and sometimes complicated album slated for release on January 27 via So Recordings. The UK alternative rock quintet have managed to translate the difficulties associated with artistry as a profession in a 12-song soundtrack.

I wanted to love this album, and at times I certainly felt a deep connection to it. The thing that I struggled with was the polar opposite ends of the spectrum to which the band catered in terms of genre and style. Songs such as “Trigger,” “L O V E,” “Fever,” and “England” all possess an infectious and almost dark energy that spoke to me. Syncopated rhythms, subtly delayed guitars, thick bass, fiery leads, and running vocals and married to produce a collection of songs that could have formed their own EP.

On the other hand, “Happiness,” “Seattle,” and “St. Pauls” were reminiscent of Sunday morning worship music that could have stood alone on their own EP as well. While both groups were tastefully created with much passion and heartbreak –oftentimes touching on the sore subjects of love, loss, and drinking–  I had a tough time justifying a singular tracklist of these songs to convey one grander concept or message.

Musically speaking, Deaf Havana demonstrated a world of mastery and creativity as far as songwriting is concerned on All These Countless Nights, but perhaps the collection would have been best delivered in separate packages. 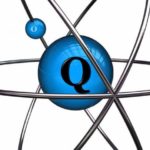