7 Space Tattoos That Will Leave You Starry-eyed 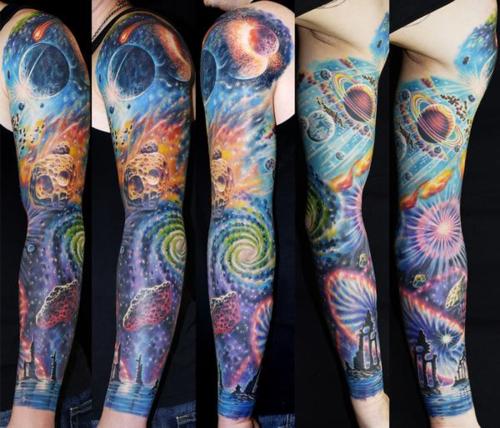 The universe or “outer space” has been a subject of human interest for as long as we’ve been around. Man has had a fascination for the moon, stars, and sun since ancient times and has been creating stories, legends, and even religions based on the celestial objects we can see from our own planet. With scientific discoveries allowing astronomy to expand and for man to discover more and more of the universe around us, the interest in space has only grown over time. We have come a long way in using science based on the world around us. Early navigation relied on stars and the position of the sun and moon, and we base our entire system of time on the movement of celestial beings. There is still a large amount of mystery involving the universe, and this vast expanse will never be fully explored by humans.

Artists have used celestial themes in their work for centuries. Van Gogh’s “Starry Night” painting is arguably one of the most famous paintings in the word, and a great example of taking the fascination of outer space and expressing it through art. Calendars and predictions that were recorded by ancient civilizations may have been just another tool to them, but have become rare and often beautiful masterpieces for modern man to discover. With such great interest in the universe surrounding us, it’s no wonder that it has become an ever-popular theme for tattoo art.

While I have chosen to include just some of the cool tattoos related to outer space in this list, there are tons more out there to admire or inspire. This tattoo features Laika, a Russian dog that was the first animal to orbit the earth. Unfortunately, she died just a few hours after being launched into space. This is an awesome tribute to one of the first animals to travel away from Earth. This amazing piece of art was done at Boris Tattoo in Vienna, Austria. The design, color choice, and execution make this beautiful piece almost like a painting. The placement of this adorable solar system tattoo is appealing. Any depiction of our solar system that includes Pluto will forever have a special place in my heart. The detail in this solar system tattoo is awesome. It not only shows the orbits of the planets, but of moons, and it even shows the asteroid belt! Some people adore the moon so much you could almost say they’re in love with it. The moon strikes a passion in the hearts of many, and this tattoo depicts a delicate and literal interpretation of that intense feeling for Luna. Something I really like about constellation tattoos is that someone is probably really into astronomy and star gazing or they share a similar interest in that specific constellation if they know what it is. Constellations are elegant tattoos that are almost undercover, as they can be mistaken for a cluster of moles or freckles. Did you know that this constellation is Leo (my sign, rawr)? Would you recognize a constellation if you saw a tattoo of one? This ode to space travel is done in almost a wood-burned art style which is reminiscent of Van Gogh’s work. The design is really cool, and I like how the shape of the tattoo compliments the shape of a planet. This piece was done by an artist named Kola who can be found on Instagram (@horikola). 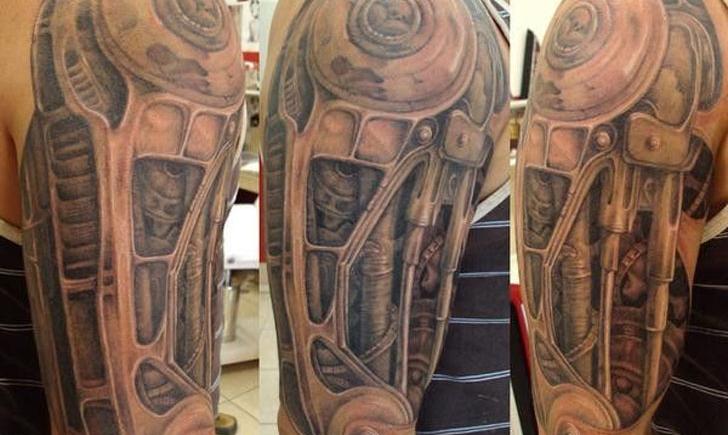 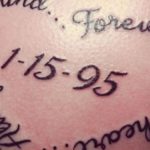