The 1970s and the Revival of the Modern Tattoo 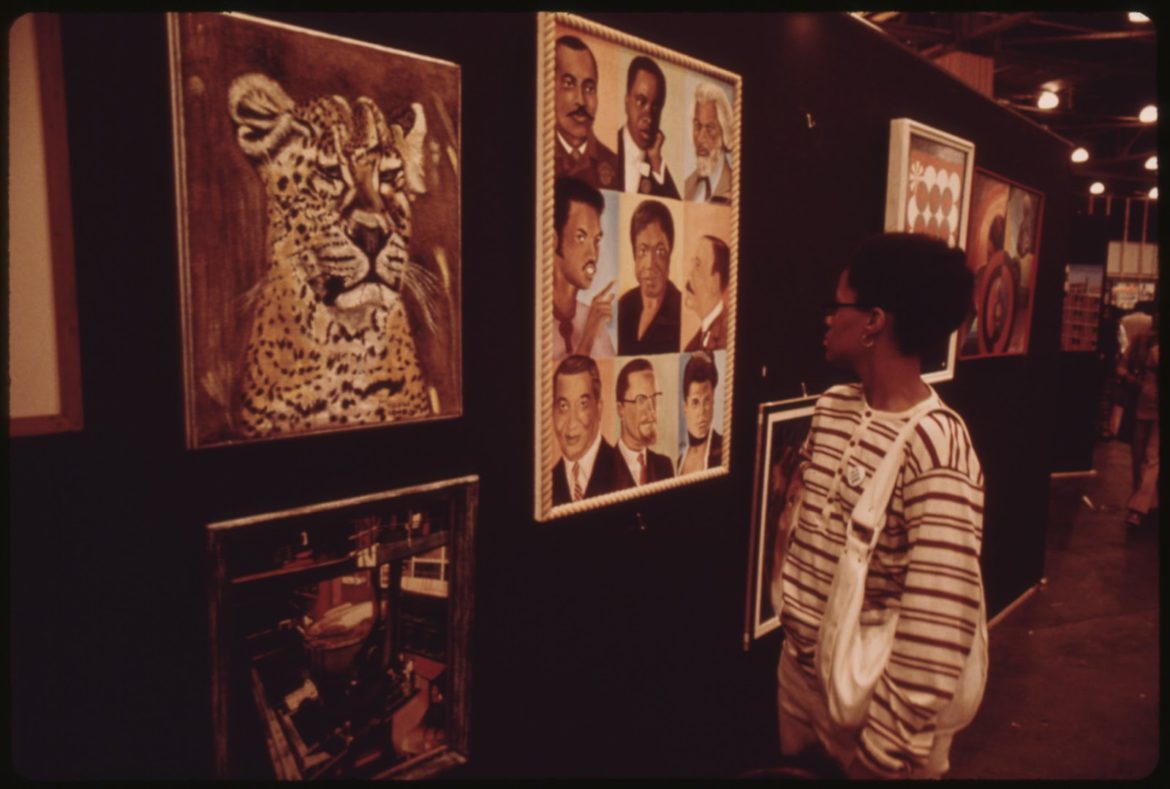 While the feminist campaigns of the 1960s saw an increase in women tattooing their newly appointed “freedom” upon their skin, the 1970s turned into a period now deemed the revival of tattooing. As women of all walks of life began to bear their colored bodies to the public, tattooing took on a new form. No longer reserved for the sleazier lifestyles such as criminals, prostitutes, and gangs, tattooing became much more commonplace than it had been in previous years.

Between the hippie movement of the late ‘60s and the feminist campaigns and rights movements, the tattoo industry saw itself in the midst of a rebirth of sorts. The industry, which had once been mostly reserved for men, now saw an expansion of its client base, opening the potential for new customers by 50%. In addition to the female population being socially able to wear body ink, the hippies of the world began following their free-will concepts right into tattoo parlors, getting peace signs, flowers, and other such symbols marked onto their bodies in celebration of their ideals. 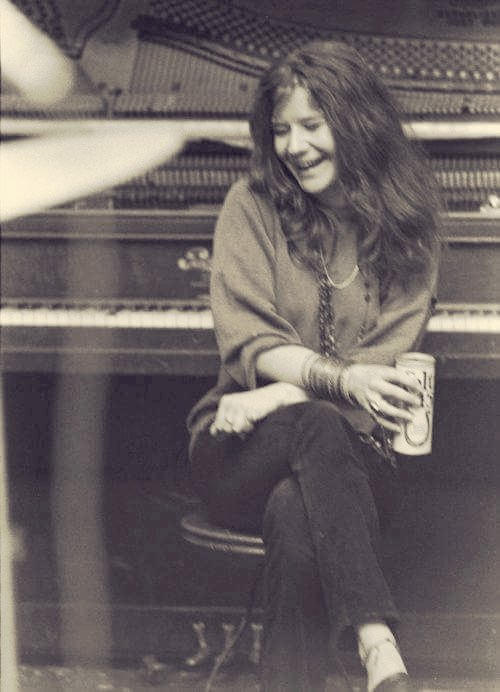 It was during the ‘70s that Janis Joplin displayed her famed tattoos to the public—a small and delicate wristlet and a tiny heart upon her chest—on the Dick Cavett Show, a national medium. Her brazenness in her visible ink swept across the nation, leading to many previously unmarked women flocking to their local tattoo parlors for their own touch of ink.
Although the 70s saw many new female members of the inked community, there still seemed to be a shortage of women on the other side of the needle. It was so rare to see a female tattoo artist that it became an attraction of sorts. Tattoo artist Shelia May of Wisconsin found herself the subject of much gawking during her years as an artist. In fact, during the time of May’s early career, there was only one other well-known female tattoo artist of the time, Painless Nell of San Diego. It wasn’t for another ten years after starting that May began to hear of other female tattooers across the world.

It was the 70s in which softer tattoos began to make their appearance, thanks in part to women like May. As more women began getting inked and more women began to join the industry, softer more pastel colors began to creep into the artwork being portrayed. High contrast work began to surface more and more, battling for dominance with the representational work that had commanded the tattoo culture for so long.

This time period also saw the beginning of the bridges between the fine art world and the tattoo industry. An art form that was once was filled with hula girls, naval stars, and daggers became flooded with art deco designs and reproductions of famed paintings. More and more classically trained artists began to pour into the world and culture of the tattoo industry, allowing their artwork to become autonomous instead of fixed, as it was on a non-living medium.

Despite the long-standing existence of tattooing, it wasn’t considered an actual art form until the ‘70s. Two tattoo artists, Mike Malone and Kate Hellenbrand, curated the very first museum exhibit regarding tattooing. The exhibit, entitled “Tattoo!”, was held at the American Folk Art Museum (originally the Museum of American Folk Art) and was the first time a fine art museum classified the practice as art. 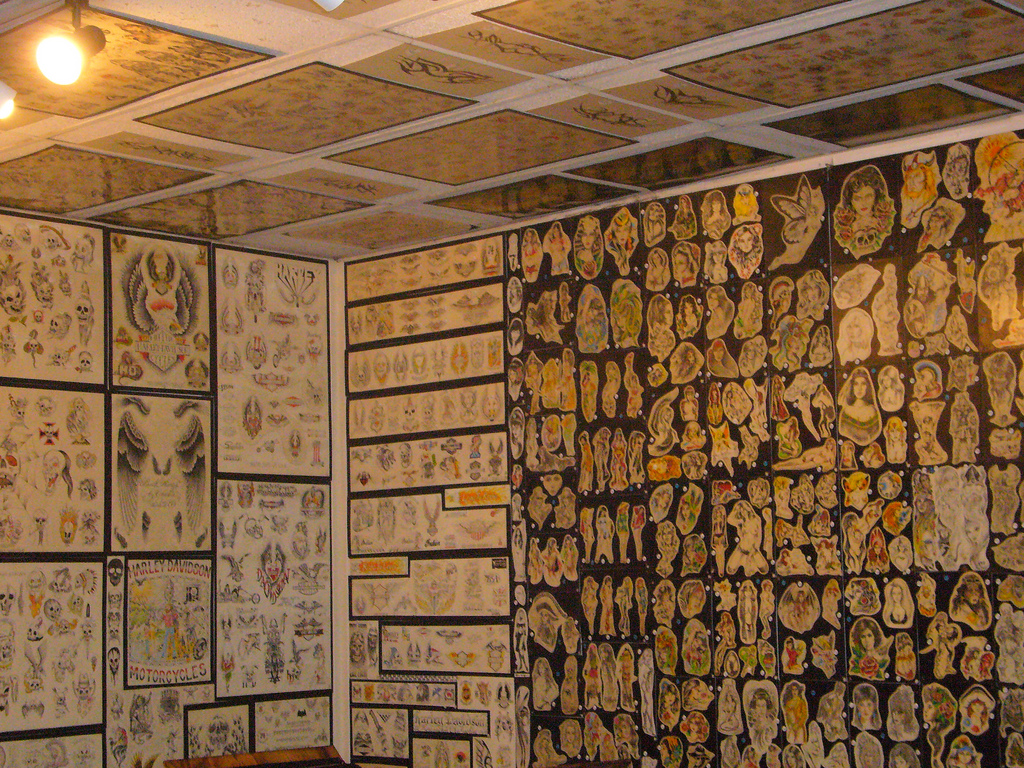 1976 saw the emergence of the first prominent African-American tattooist, another revolutionary change to the practice in the 70s. Jacci Gresham was not only the most well-recognized black female artist, but she was the only relevant tattoo artist of color at the time. In fact, according to Margot Mifflin, author of Bodies of Subversion: A Secret History of Women and Tattoo, Gresham was unaware of any other black tattoo artists—male or female—until the mid-1990s.

Yet another change in the industry during the period of the ‘70s was iconography. Not only due to the influx of women becoming heavily involved in the culture, but the shift in pop culture, as well, softer, floral designs began to appear across the gender bridges—with the mid to late 60s movements and the sudden popularity of Japanese tattoos in the western world, it suddenly became acceptable to wear floral images, regardless of gender.

The ‘70s were a brilliant time for tattoo artists, both male, and female. The inclusion into the world of fine art afforded artists a new opportunity. They were able to break free of the stereotypical chains which tied them to the less desirable population they had long been associated with. Tattooing became acceptable on a more cultured level, seeing higher class citizens flocking to tattoo parlors and everyone from lawyers, models, and mothers going under the needle. 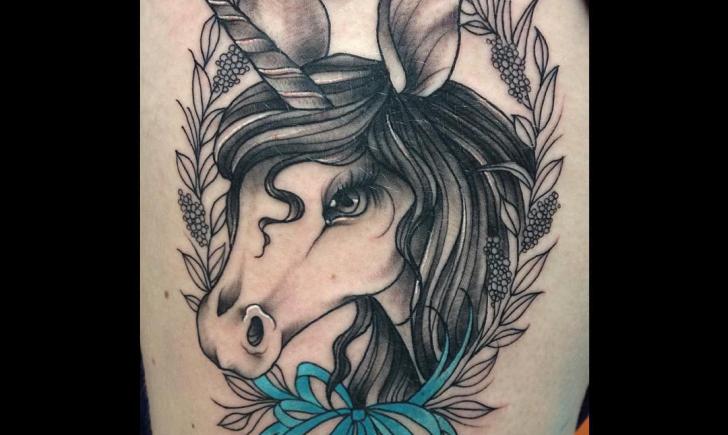 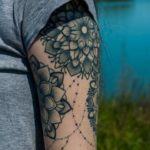