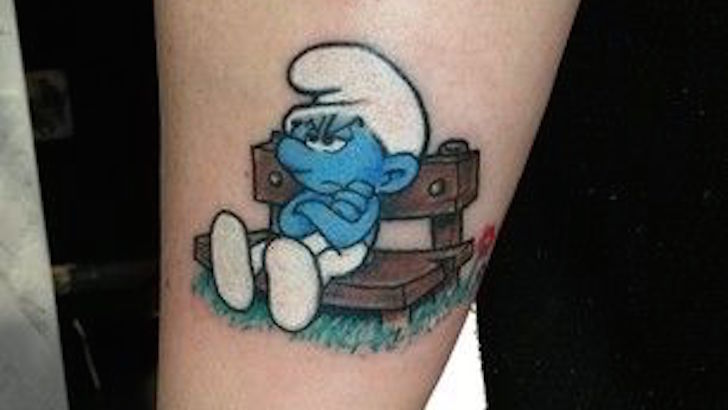 Ah, the 80s. That fabulous decade of big hair, acid-washed jeans, and neon everything. No other decade has generated such a strong sense of nostalgia for its childhood toys, cartoons and movies. Talk to anyone in their mid-30s to mid-40s, and odds are they will proudly declare themselves a child of the 80s. For those of you that fall in that category, you’re in good company. These 16 tattoos are gnarly to the max and will send you on a serious nostalgia trip.

Oh, Gizmo. Who didn’t want a pet Mogwai for Christmas in 1984? We promised our parents we’d obey the rules and avoid another Stripe situation. Fortunately, this is one Mogwai you can get wet without any fear of dire repercussions.

The world could use a little more color these days. With her rainbow-maned horse Starlite and her sprite sidekick Twink, Rainbow Brite was one of the coolest girls around.

By the Power of Grayskull we were compelled to tune into our TVs after school to watch as Prince Adam transformed into the most muscle-bound cartoon character ever.

Not to leave the girls out, Prince Adam’s twin sister Princess Adora was created. The Princess of Power was one of the toughest women to ever wield a sword in an impossibly-low-cut bustier.

5. Back to the Future

Great Scott! This DeLorean tattoo will leave you cursing your dead Flux Capacitor as you try to harness a bolt of lightning that will produce 1.21 jigawatts of power to get you back to the 80s.

One of the most beloved kids’ movies of the 80s, E.T. had us all phoning home. This tiny tattoo perfectly represents the film’s most iconic scene.

No self-respecting 80s girl dared to leave the house without mile-high hair that could withstand the strongest gale force winds. Aquanet, in its iconic aerosol can, was the MVP that made it all possible.

There is no Dana. Only Zuul. This classic 80s flick was so popular that it inspired its own Hi-C flavor and convinced parents that it was a good idea to spend money on tubs of slime.

9. A Care Bear Riding a My Little Pony

Can it possibly get more 80s than this? This tattoo will also bring you back to the days when My Little Ponies were cute toys for kids rather a creepy obsession for frat boys.

These little blue guys were a staple of the 80s. There were so many to choose from, but this person opted to be forever Grouchy.

This adorable bunch of misfits inspired many  80s kids to set out on a quest for hidden pirate treasure. These portraits show a Never Say Day level of commitment. Sloth love Chunk.

How many people do you know who ever actually solved this thing (without cheating and changing the stickers)? This 3D tattoo is a great tribute to the most popular and frustrating toy of the 80s.

STRIKE FIRST. STRIKE HARD. NO MERCY SIR. It’s not every day that people choose to pay homage to the bad guys, but to each his own. The Cobrai Kai would be proud.

Standing just three apples high, this little girl and her aromatic friends overpowered many an 80s girl’s closet. This tattoo is a great reminder of what she should look like, as opposed to the current incarnation with her flowing mane, hipster clothes and giant anime eyes.

15. Harry and the Hendersons

This tribute to the world’s most famous (only?) domesticated Sasquatch is one of the more obscure 80s references to be immortalized in ink. The detail and shading, however, are very well done.

ThunderCats HO! This creative tattoo is an understated but awesome show of respect for the popular 80s cartoon. 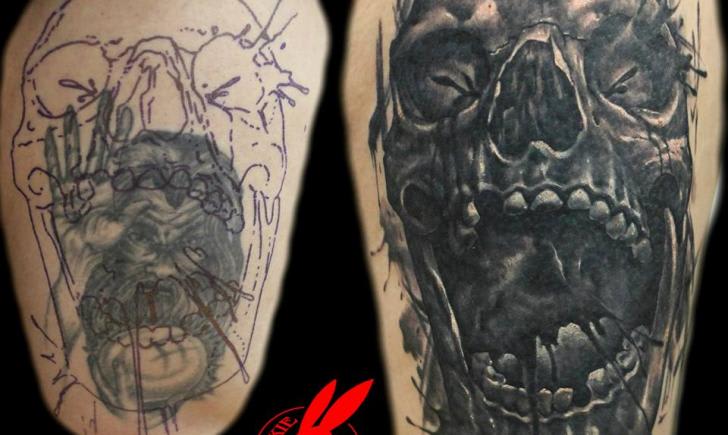