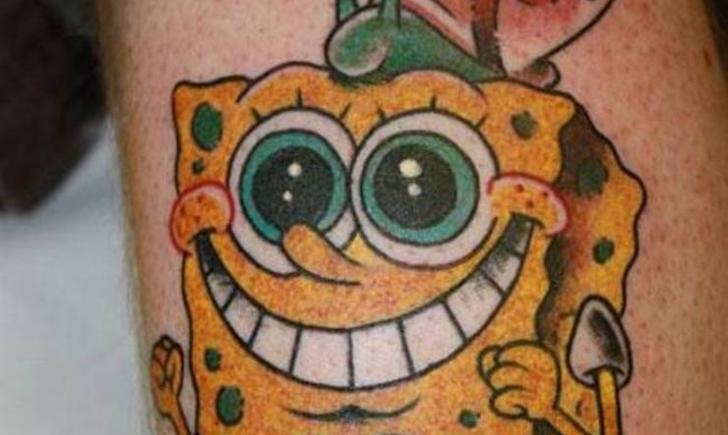 Over twenty years ago, Spongebob Squarepants took the Nickelodeon scene by storm! Yes, it HAS been over twenty years now! When that happens, many fans who were kids then did what kids generally do, and they grew up! They grew up from being kid versions of Spongebob, Patrick, Sandy, Gary, and the rest of the cooky Spongebob cast, and became adult fans of the show. What happens whenever you have adult fans of a cartoon? You get lots of amazing cartoon tattoos! In this case, there are tons of Spongebob Squarepants tattoos out there! Some are better than others. We’ve collected 15 of the best. Are you considering getting a tattoo to show off your love for Spongebob Squarepants? Check out these 15 Super Spongebob Tattoo Ideas for inspiration:

Spongebob and Patrick are the best of friends. Here we can see them all of their derpy glory.

Doesn’t this tattoo of the best friends under the sea just warm your heart?

No matter what, these guys always have fun! Look at those eyes and smiles! I bet you can hear the both of them laughing right now!

Ah, Mr. Krabs and his love for money. Will he ever stop being so obsessed? Probably not.

We can’t forget about Gary, Spongebob’s beloved pet snail who meows like a cat.

This says everything about Spongebob Squarepants you need to know!

Don’t you wish they were your BFFs?

This classic Patrick episode has since become a hilariously popular meme. Look at how small this little guy is!

This episode was one of my favorites. Basically, Spongebob creates a Tulpa of himself!

OK, be honest, did your mouth start watering at the site of a Krabby Patty?

Davy Jones is one of the more epic characters seen on Spongebob. What a great tattoo representation!

The moral of the story from watching this show? Always have fun and don’t lose the inner child we all have inside! Have a great day, everyone! 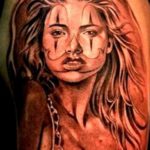