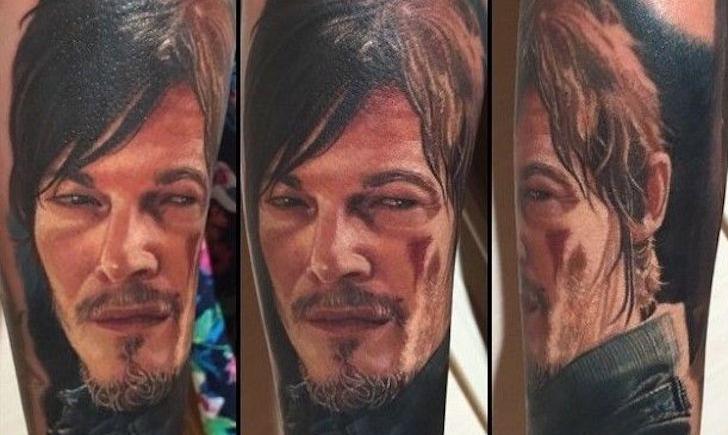 AMC’s hit drama The Walking Dead has returned for its sixth season with more zombies than ever, much to the delight of its many devoted fans. These amazing tattoos inspired by the show are truly works of art.

This realistic piece is a great likeness of our protagonist, Rick Grimes (from the bearded seasons).

Bunny Slipper Girl is the first walker we see in the series. This likeness is frighteningly realistic.

First stated by Andrea in season 2, this motto has become one to live by for our survivors throughout the following seasons.

Perfect in its simplicity, this tattoo is an immediately recognizable nod to 3 of our main characters, incorporating Rick’s hat, Daryl’s crossbow and Michonne’s katana.

This fan boldly went for a head tattoo to immortalize this incredibly sad Daryl and Beth moment. The show’s name shaved into his hair takes it all to the next level.

This leg tattoo combines the iconic “Don’t Open Dead Inside” doors from the hospital scene in the very first episode with another of the show’s central mottos.

This piece is a great likeness of Michonne, one of the biggest badass of them all.

The Governor has been the show’s greatest villain so far, and this tattoo is impressively lifelike.

It’s hard to think of The Governor without thinking of the creepiness in his home, including this amazingly captured moment with his daughter Penny.

Poor little Lizzie might have been the craziest of them all, but with this simple phrase we got to learn just how hardcore Carol could be.

Opting for a tattoo of the bigoted Merle Dixon seems like an odd choice, but at least going with Zombie Merle makes it cooler.

This impressive sleeve incorporates so many elements of the show, including the prison, Michonne, Sophia and, of course, Daryl.

This crossbow and wings tattoo is a great tribute to everyone’s favorite character, Daryl Dixon.

Last but certainly not least, we have another tattoo of Daryl, because who can ever get enough Daryl? This piece is an impressive likeness of actor Norman Reedus. 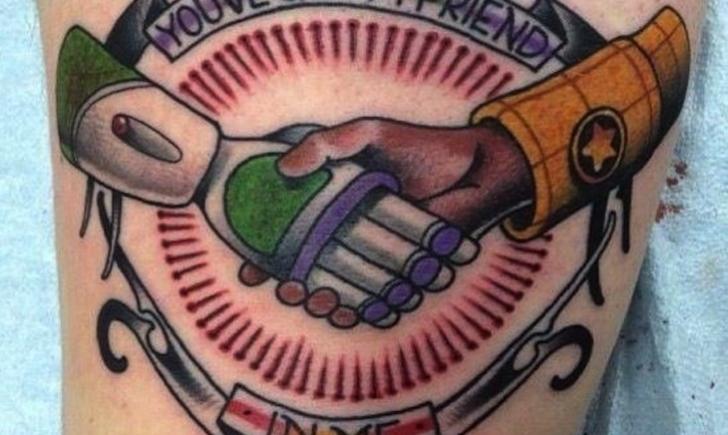 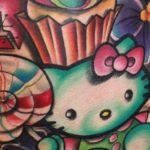