10 Zombie Tattoos That Will Give You Nightmares 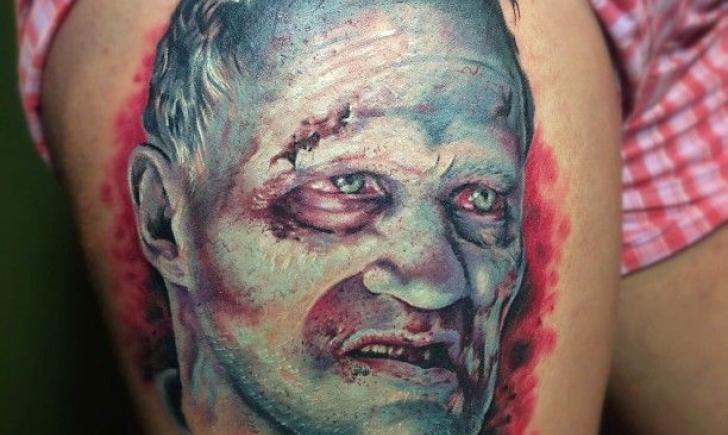 Zombies have been a part of folklore in many different cultures for hundreds of years, but never have they been such a trend in pop culture as it is today. Because of shows like “The Walking Dead” and movies like the remake of “Dawn of the Dead,” zombie culture is prevalent everywhere and growing ever more popular. This, of course, means that there are hundreds of amazing (and not so amazing) zombie tattoos out there, and even more with each day. Zombies are a symbol of our own mortality and the desire to be immortal. We face our fear of death, the fear of our own demise, and the gruesome state in which the body will one day decay. Because this fear is so strong in our psyche, the idea of zombies, of the dead coming back to life, and not just back to an alive state, but alive and wanting to harm the living, fascinates and horrifies us. The concept of the zombie is so strong in fact, that there is a whole subculture of people out there, called preppers, just waiting for the real life “Zombie Apocolypse.”

Zombie tattoos are scary, but nobody can deny that some of them are just plain cool! Above are just 10 examples of zombie tattoos that really make you question whether or not they ARE coming for us! Some of them are realistic, while others have a great concept. You’ll recognize some inspired by “The Walking Dead” since those are some of the BEST, hands down, zombie tattoos that are out there today. Do you have any nominations for the next Top Ten Zombie list? Tell us in the comment section! 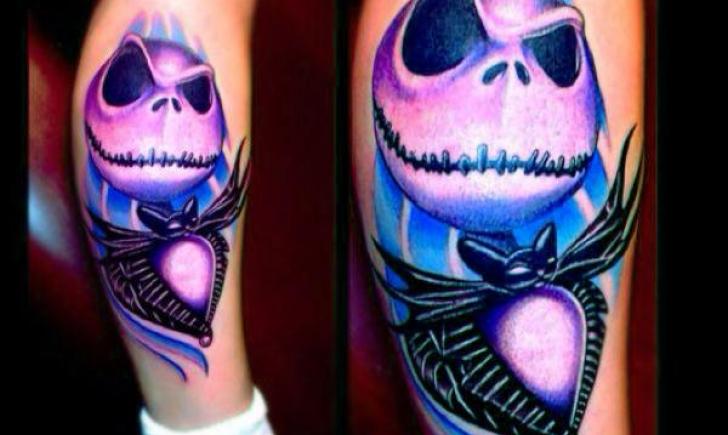 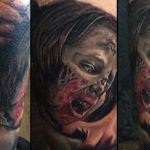