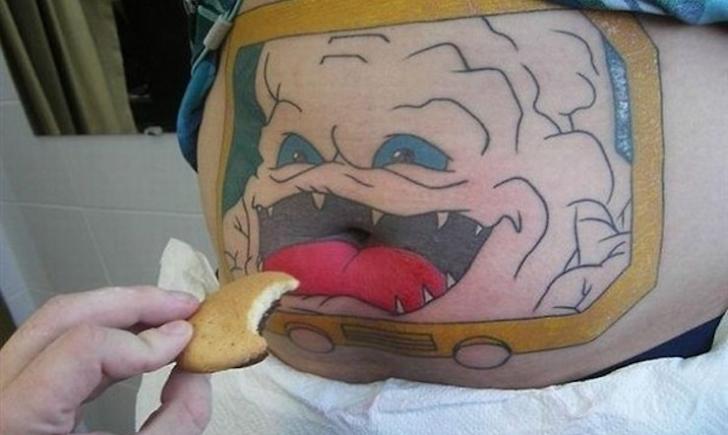 The stomach is an interesting place to get a tattoo. This is an area that, for most people, will change shape and size. For a woman, there is a good chance that she will become pregnant in her lifetime, and that will certainly stretch and expand the belly. It may take a belly tattoo and completely ruin it. The same can be said for men…perhaps with copious amounts of beer. C’mon, you know it happens! In any case, the placement itself is quite risky because of skin changes, but if you are hell-bent on a belly tattoo, it should be well thought out as to what your subject matter will be. The following 10 people did not share this thought process when it came to their belly tattoos. I’m not saying they regret anything, but for most people, these would be considered 10 of the Worst Belly Tattoos ever:

This is pretty clever, but also kind of gross, like his belly button lint has evolved into actual living creatures and have now escaped into the world.

A pig’s anus is probably not the best idea for permanent ink on the front of your body.

And…Bart Simpson’s stretched out butthole is probably not the best idea either.

This is just gross! But also, this guy has a really deep and dark belly button!

Clever idea, but for a permanent tattoo? Would you consider getting this?

I suppose if you’re going to have a belly like that without any intention of changing it, wear it with pride, and take it up a notch with a tattoo like this!

This tattoo might make you smile, but it will not make you hungry for breakfast. 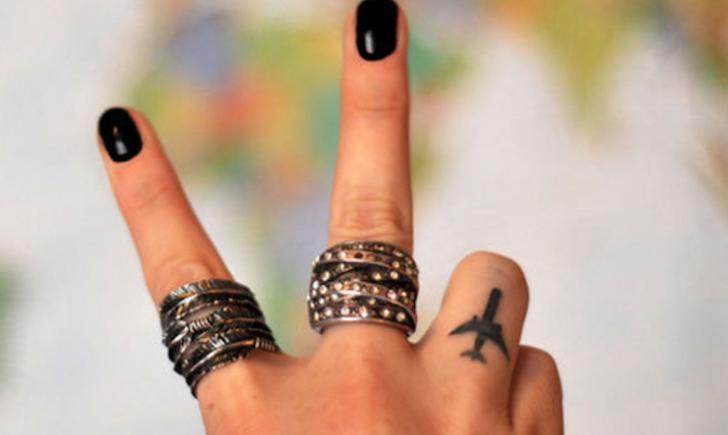