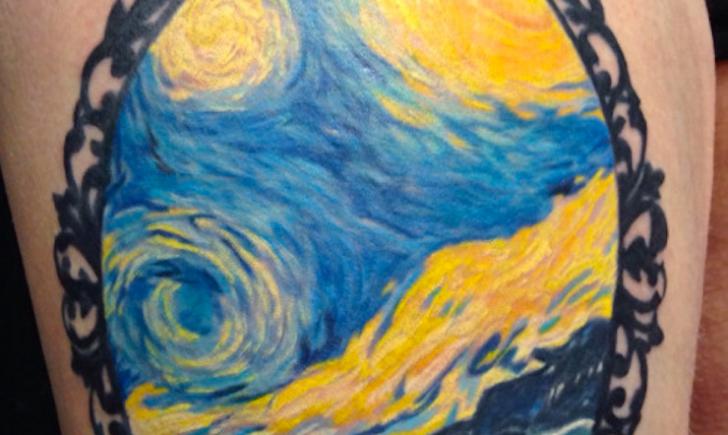 Vincent Van Gogh is one of the most well-known artists in history. He even has his own Dr. Who episode! He may be just as famous for his art as the story about him cutting off his ear off and sending it to his ex-girlfriend. The amazing thing about Van Gogh is that he was not exactly an art success in his own time. It took decades for his genius to truly be realized. His work is distinct, deep, and dramatic. Because his work truly touches people as true art can do, it’s no wonder why so many people are fans of his work. Most people have reproductions of his paintings, even in forms of prints, T-shirts, or cell phone cases. A deeper commitment to truly show love for a Van Gogh work of art is to get it permanently inked onto one’s skin. This is exactly what the following 10 people have done! Do you have a favorite artist and are thinking about getting one of their pieces tattooed on your skin? Check out these 10 Van Gogh inspired tattoo masterpieces to get inspired:

The fan favorite is Starry Night because of it’s dreamy and otherworldly swirl of stars in the sky.

This side tattoo mixes the Starry Night painting with Van Gogh’s own self-portrait for white a clever composition.

This tattoo takes part of Starry Night and frames it in a black cameo frame.

This Van Gogh inspired tattoo is quite clever. By taking only a portion of the swirl to accentuate the wearer’s shoulder and upper arm, into the collarbone and chest, it creates an even more dramatic effect.

Van Gogh’s piece on the upper arm and a stained glass window on the bottom makes for a unique full sleeve tattoo.

Speaking of Dr. Who…

Gorgeous texture of the fields and sky on this representation of another one of Van Gogh’s genius masterpieces.

This epic piece has all the drama of a modern day painting. 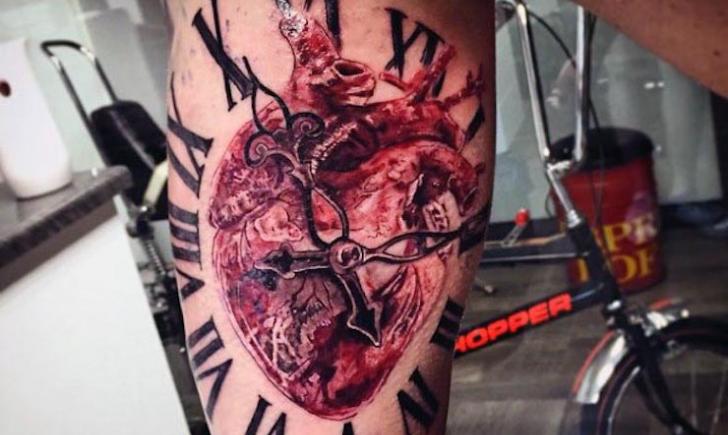