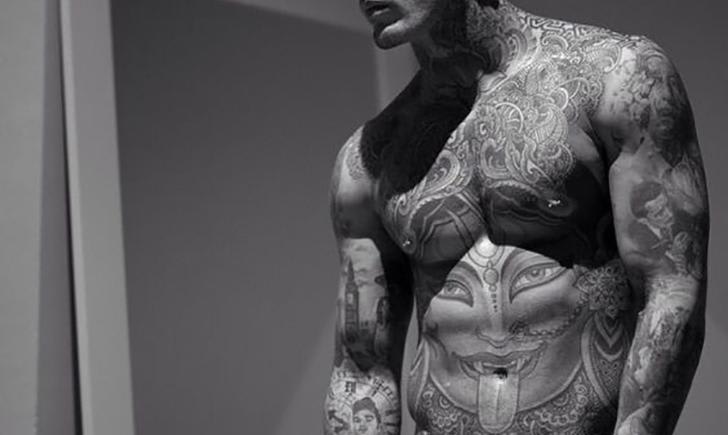 Looking to get a little ink done? Already have one or more tattoos? Perhaps you’re just a little curious… whatever your reason for clicking on this article, we’re all here for the same reason: to learn a little more about the popular cultural sensation, tattooing.

Tattooing is a practice that has been around as long as we can tell. It appeared before the first written word, and despite having some ebbs and flows in popularity, hasn’t really gone away. Otzi, the Iceman, is the oldest mummy identified to date and he was sporting sixty-one unique tattoos. Several royal family members across the world have tattoos, and it’s probably safe to say several of your high school teachers had some hidden away (or perhaps on display) as well. Tattoos are everywhere, always have been. So, let’s learn a few random tattoo facts!
So…Did you know…?

1. Despite once being considered to be a masculine practice, in today’s society, more women than men are tattooed. In fact, in a study conducted in 2006, approximately 23% of American women were tattooed, versus the 19% of American men.

2. The tattoo is not placed in the epidermis, but in the dermis—the second layer of the skin. The epidermis is considered to be unstable, in comparison to the dermis, as it sheds skin cells over time.

3. There is a man who is tattooed over 100% of his body! His name is Lucky Diamond Rich (born as Gregory Paul McLaren in 1971). Everything on his body is inked in some manner, including his mouth, his ears, and the inside of his foreskin!

4. Black is actually the easiest color ink to remove through laser tattoo removal processes. It absorbs more of the laser rays than any other color, which allows the laser rays to break up the pigment in a more efficient manner. Green and yellow are actually the hardest of the ink colors to remove.

5. Only two camps during the Holocaust actually used the tattooing method of identifying the inmates: Auschwitz and Birkenau. The reason these tattoos are widely associated with the idea of the Holocaust concentration camps is because several prisoners were transferred from the tattooing camps to other camps before being released at the end of the war.

6. Animals are considered to be the most widely tattooed theme across history and different cultures. They have been used as totems, represent magic, or a recognition or appreciation of the animal as one’s spirit guide. Today, they are widely used by those who favor the creature or to display literary, music, or movie quotes.

7. While artwork found in Egypt depicts men and women with skin markings, it is believed that only women actually received permanent ink. This has become the common belief, because out of all the mummies discovered in Egypt, only the female mummies have donned tattoos.

8. Tattoos have become a way to remain close to someone after they pass, and not just by getting a memorial tattoo. Companies such as Save My Ink offers to remove a deceased love one’s tattoo and frame it, transforming their body ink into a keepsake, while others, such as Finest Lines Tattoos apply commemorative tattoos in which a loved one’s ashes are mixed with the ink before being applied through a tattoo.

9. At the height of the Ancient Roman and Greek Empires, tattoos were used as a form of punishment. Criminals and slaves were tattooed, often across their faces and chest, with their crime or derogatory insults. As tattoo removal was crude, expensive, and extremely excruciating in those days, the person would often be shunned by society for life due to the ink worn on their faces, in plain sight.

10. When you get a tattoo, the skin is pierced by a needle, which leaves the ink behind. During the process, the skin is often pierced between 50 and 3,000 times a minute by the tattoo machine, also called a tattoo gun, depending on the size and complexity of the design. 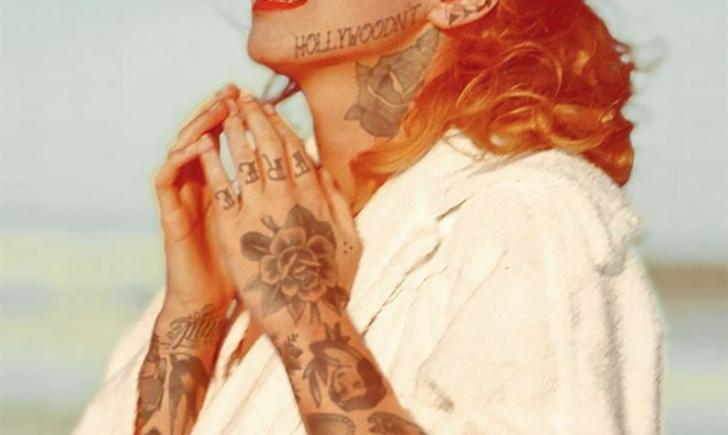 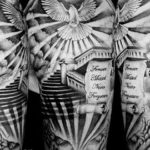