10 Pixar Tattoos for the Young At Heart 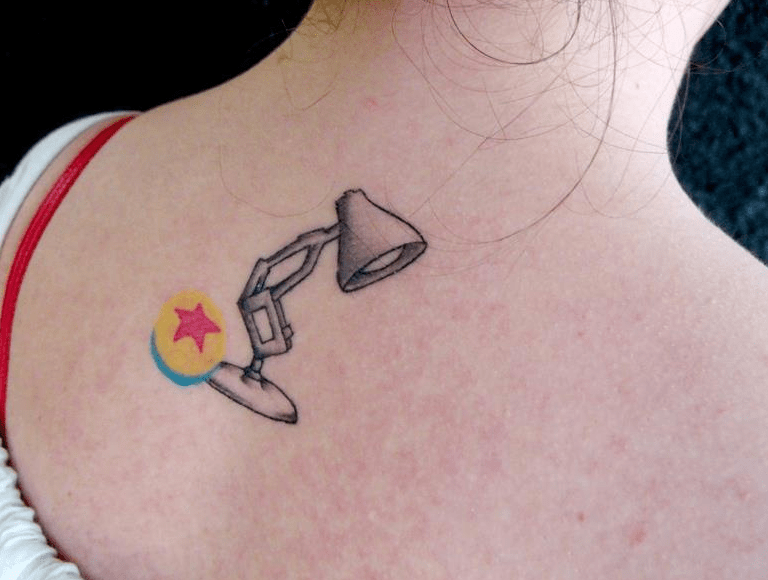 There are few things that can awaken your inner child quite like Pixar movies. The charming, animated films are aimed towards a younger crowd but their storylines have enraptured audiences of all ages. Not to mention, fans of the older movies are now entering the workforce and find themselves full of nostalgia for their childhood. What better way to capture some childish joy than with a Pixar-inspired tattoo?

As Pixar prepares to release two more sequels this year, it’s time we acknowledge the universal love for Pixar.

This portrait of everyone’s favorite sheriff is a throwback to the first movie produced by Pixar and one of their most recognizable films to date. Later this year, Pixar will release the fourth installment of this beloved classic. 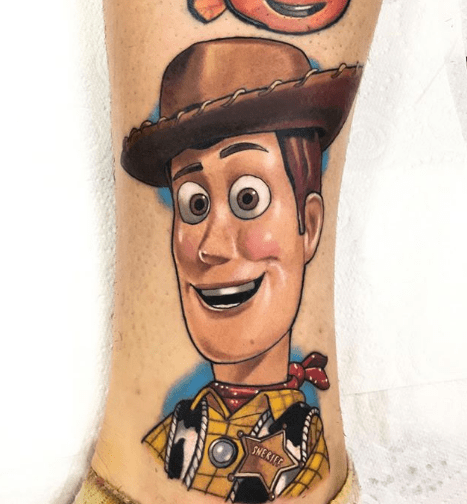 As one of the newer Pixar movies, Big Hero 6 managed to capture the whimsy of the classics with a modern twist. Not to mention, the movie dove into the rich world of comics to bring these highly relatable protagonists to life. 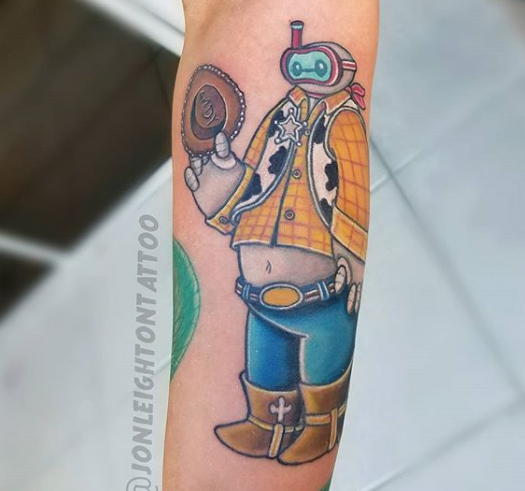 Disney and Pixar worked together to create Finding Nemo, a cinematic masterpiece about a clown fish’s journey to find his son. Along the way, he meets an assortment of creatures who help him cross the entire ocean, one of which was the lovable baby sea turtle, Squirt. 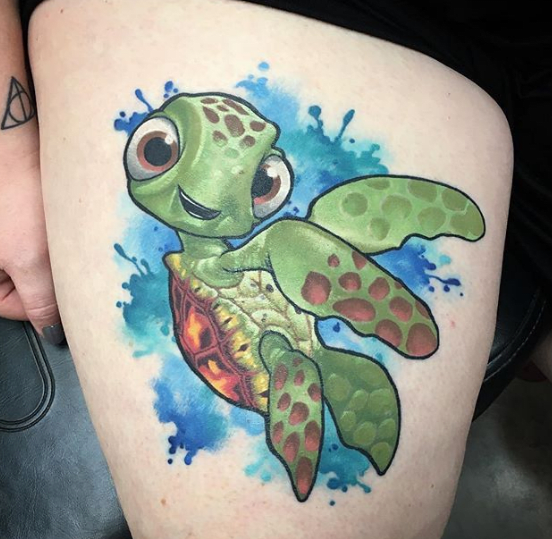 Mike and Sully make the perfect couple tattoo for the monster in your life. The thick-lined sketch style also acts as a throwback to the first storyboards of Monsters, Inc. 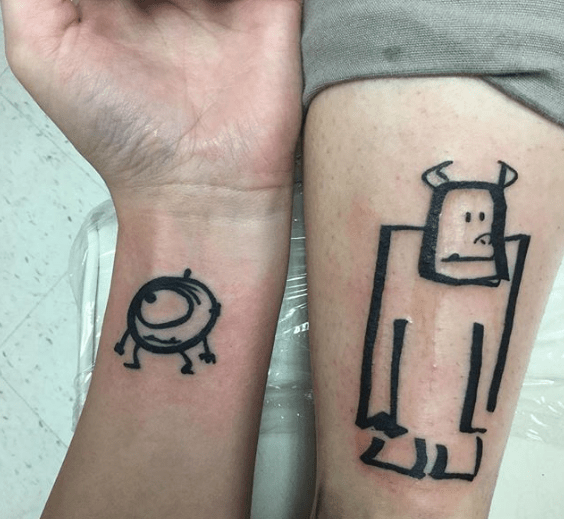 It’s everyone’s favorite elephant… dolphin… horse… thing! Bing Bong was Riley’s loyal imaginary friend in the film Inside Out, which explores the complexity of emotions while growing up.

This colorful, dreamy depiction of Eve is the perfect representation of the futuristic environment that Wall-e is set in. 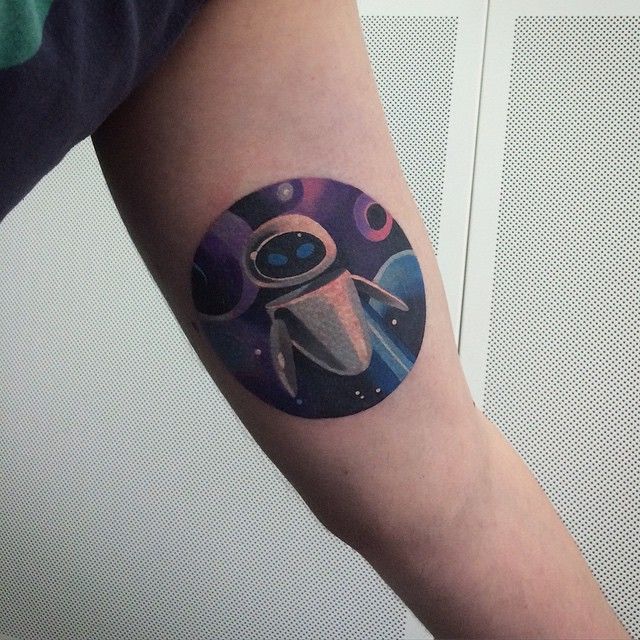 A stunning close-up of Merida shows off her iconic curly hair and, not to mention, her fearsome gaze. 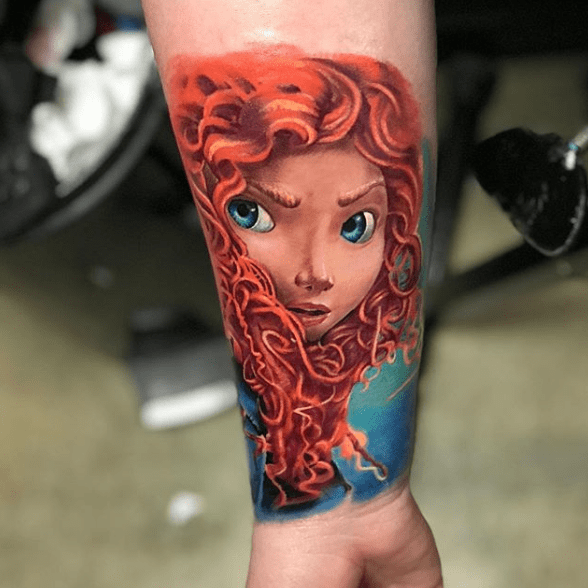 Heartbreaking, hopeful, and hilarious – what else could you ask for in a movie? Below you’ll find the highly recognizable house floating away due to a fleet of balloons. 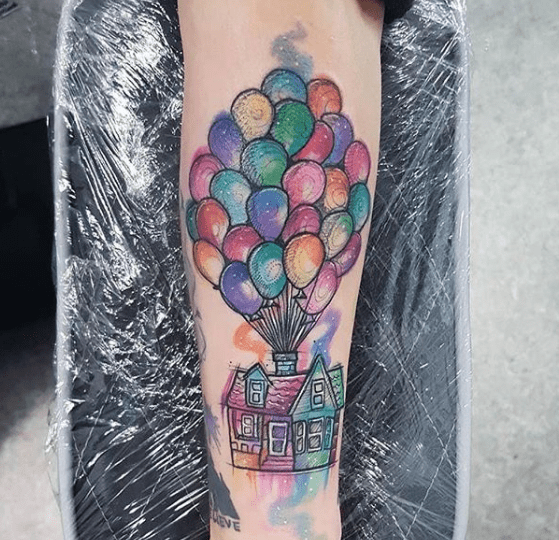 An intricate shout-out to the goofy birds that appear in the Pixar short, For the Birds. 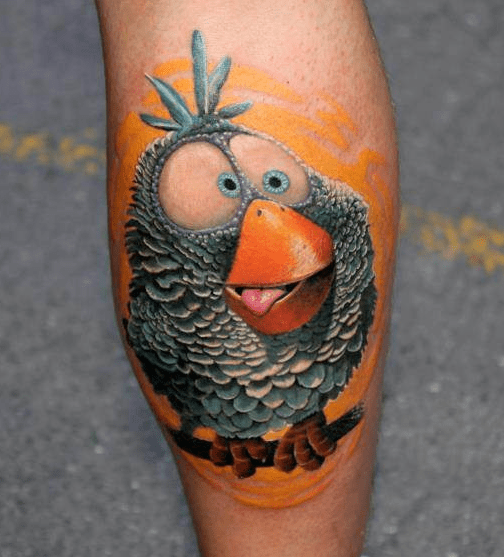 For the Birds tattoo by @anabi_tattoo 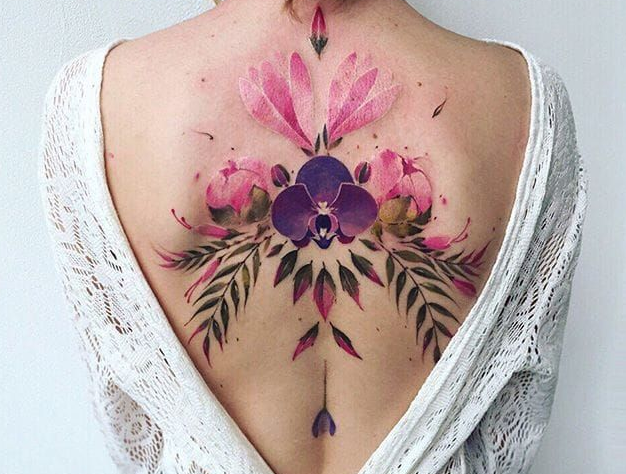 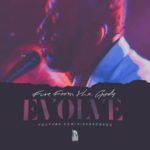