Are you thinking about getting a new tattoo and think that Neo-Traditional might be the right style for it? Check out the following 10 Outstanding Neo-Traditional tattoos to get ideas and inspiration:

A portrait of a lovely woman done with a three-eyed wolf at the top of her crown, as well as a skull choker at the bottom makes for an interesting arm tattoo. If you notice, she also has horns and guided by the moon above. This is done in a limited color palette for emphasis.

Here is another portrait of a lovely woman, with a creepy twist, as well as a limited color palette for emphasis.

The subject matter for this tattoo is more in line with a traditional tattoo, but the way it is composed and flows is a bit more Neo-Traditional in style. “Time is Precious” is what the type reads.

From the placement right on the elbows (OUCH!) to the color and design. this Neo-Traditional Mandala pair is truly outstanding.

Take a traditional portrait but make its subject matter more modern and here you’ve got a pretty badass Neo-Traditional tattoo portrait of this older and dapper gent.

Here we have a portrait of Marla from Fight Club, done in a Neo-Traditional style that hints at realism with the smoke.

Golden eagle portrait done here is small yet bold and done in a Neo-Traditional tattoo style.

Check out this colorful, unique compass!

An extra large, Neo-Traditional cat tattoo along the wearer’s entire back and into her buttocks and hip, are quite the show stopper.

This wearer’s best friend for life has his portrait done on his calf in a Neo Traditional style. 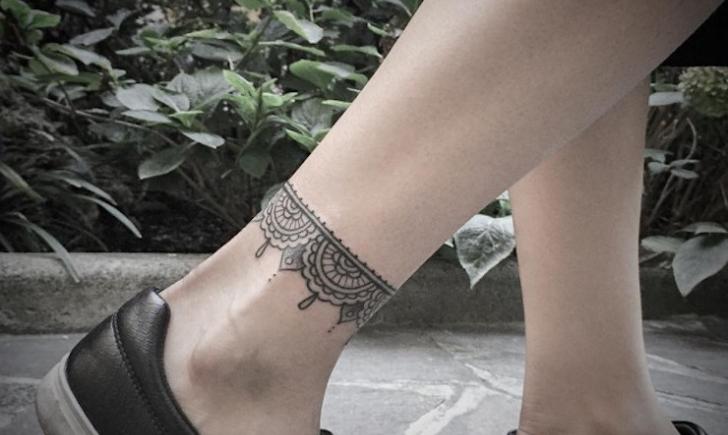 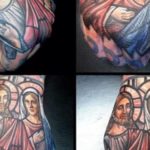