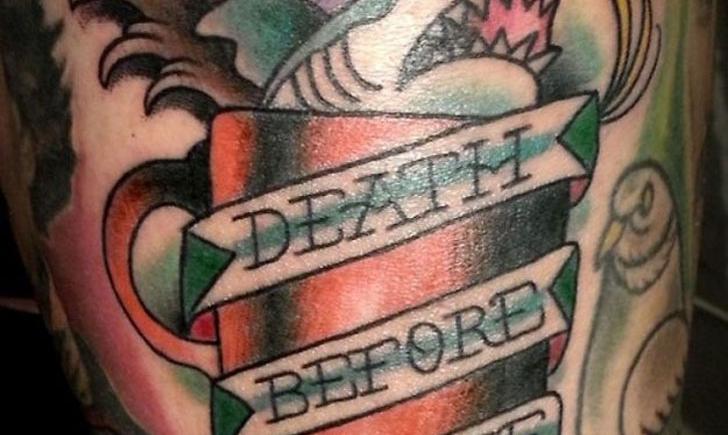 Have you ever seen a tattoo and just thought to yourself, “What the heck am I even looking at?” Or perhaps you’re the unfortunate wearer of such a tattoo. This post is an ode to all of those weird, unexplained, and just plain old confusing tattoos. The worst offenders of confusing tattoos are the ones that didn’t start out with a confusing idea. The ones that started off as a decent and even noble idea, but got goofed up along the way, either by an inexperienced tattooist, or scratcher, are a true travesty. It’s so important to do your research and get a tattoo by an experienced tattoo artist that you can trust. Go to a legit tattoo studio that is safe and clean and has a good reputation. Otherwise, you might be the next person on one of these tattoos fail lists!

And here are 10 of the Most Confusing Tattoos Ever:

Okay, it’s fairly obvious that this is supposed to be a lion with a tribal element behind it, right? Of course, no tribal tattoo looks like that…and no lion for that matter.

Dolphin tattoos are popular, but this looks more like a platypus without the arms and legs.

“Hi Mom?” And who is the RIP for? Betty Boop? As in the cartoon character?

Hello Kitty tattoos are popular and usually oh-so-cute. This one, in the middle of…this guy’s forehead, with a blue line between…what is the context? You know what, never mind, I don’t want to know.

Honnor…as in Conner? Honnor and Loyalty?

It’s clear this guy is a fan of Brenda. But who is Brenda? A girlfriend? A wife? Someone who is completely unaware that this guy has her name tattooed on his entire back WAY too many times?

Yes, that’s a tiny, tiny, TINY bike in the middle of this dude’s back. Maybe he was afraid of getting an actual tattoo and had to settle a bet.

This isn’t that confusing, but why would you get this tattooed on your torso? Again, it has to be a lost bet, right?

Are you Finaly Famous? 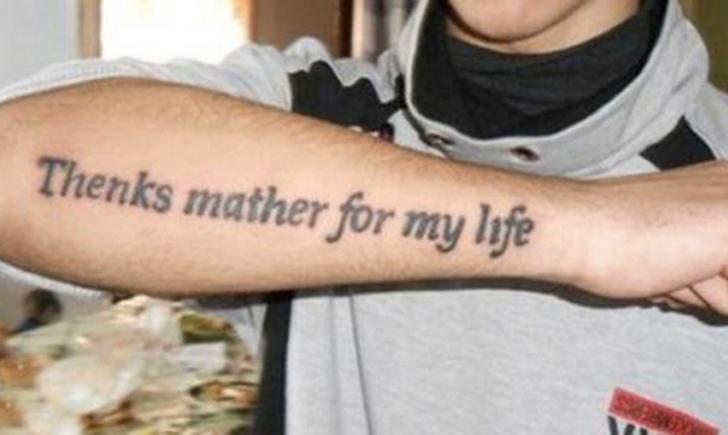 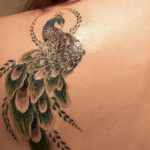