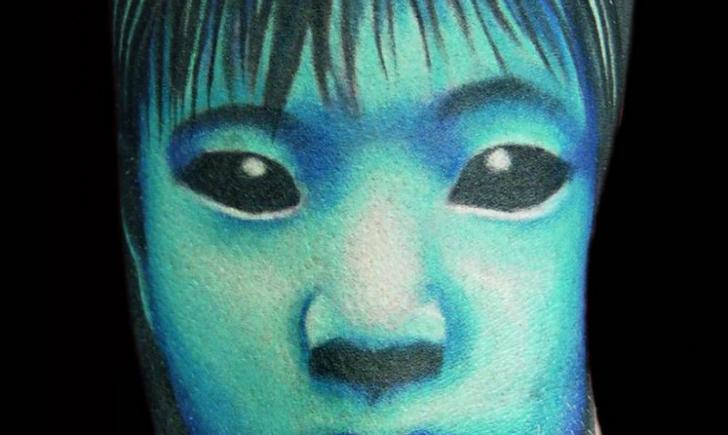 Some tattoos are more on the dark and edgy side, while other tattoos are just downright creepy. It’s all good, being that tattoos are a permanent form of self-expression. Are you a fan of creepy tattoos? Do you have any or are planning on getting a creepy tattoo for your next session? Check out these 10 Creepy AF Tattoos for some ideas and inspiration:

A giant spider? That’s enough to creep anyone out. This is a hyper-realistic, 3D spider, furry and colorful, ready to jump right off of the wearer!

Chin up…for a creepy AF surprise! A giant, blood-shot eyeball just looking straight at you from under this guy’s chin!

Remember the movie The Grudge? Whether you watched the original Japanese version or the American version, this kid was creeeeeepy AF!

This is super creepy at first glance, but perhaps this is to commemorate surviving a heart surgery.

There is something truly sinister about this particular black and gray skull portrait. Something about the look in the eyes and the slight grin of the mouth makes this super creepy.

Clowns are always super creepy. But this clown is creepy AF.

Baby doll head with a menacing stare with not two but three eyes? And that third eye in the forehead looks as if it is splitting the rest of the head. Ugh super creepy AF.

More baby doll heads, one is floating and looks as if it is looking at the other with evil intent while the other one, creepy on its own, looks completely unaware of the bad energy behind him. 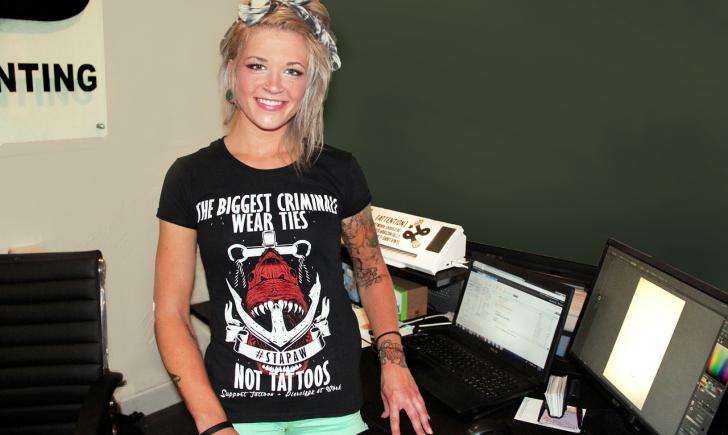 Things NOT to Say to People with...