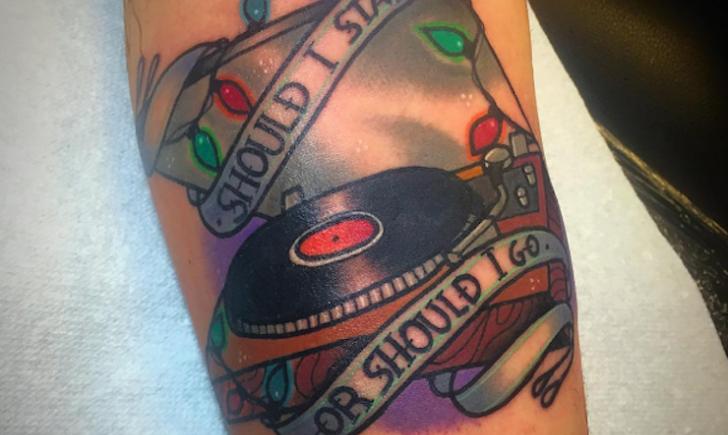 Stranger Things has become one of Netflix’s biggest successes. This story has managed to bring nostalgia, mystery, paranormal, horror, and family altogether in a way that is pure magic. Those who grew up in the 1980’s will appreciate the subtle nods to 80’s movies and pop culture, while younger audiences will still get sucked in because of its relatable young main characters. Winona Ryder plays a significant role in this series, and really shows that she still has amazing talent. Be careful though, once you sit through the first episode, chances are you will binge watch the entire series in one sitting.

Are you a Stranger Things fan? Are you considering getting a tattoo to show your love for the show? Without giving any spoilers away, please enjoy the following 10 Best Stranger Things Tattoos for ideas and inspiration:

We, of course, have everyone’s favorite character, Eleven. as well as the dodecahedron, and the lightbulb from the first episode, all done in an old-school style.

We see the microphone get set on fire, with the lyrics of Will’s favorite Clash song.

Who agrees that Mornings are for Coffee & Contemplation? We do!

Who remembers this moment? Did you just get a shiver down your spine?

Here’s another variation of the Christmas lights saying “RUN.”

This is a good motto for friends to live by!

This tattoo will endlessly be playing Will’s favorite Clash song.

We will end this list with Eleven’s actual tattoo, the first Stranger Things tattoo. 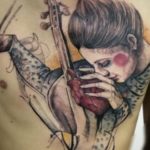