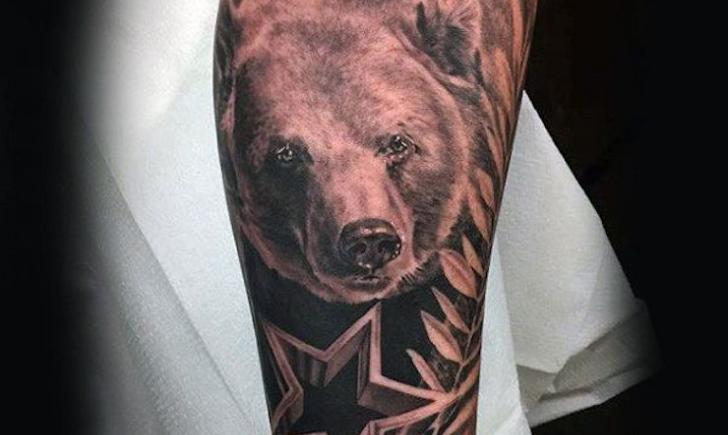 California is a state that has everything. Beaches, forests, mountains, rivers, lakes, deserts, cities, nightlife, culture, you name it, California has got it. The California bear is an icon of this great state. Its presence on the California state flag is well recognized among not only the people who live in the state, or people who live in the United States as a country, but is recognized all over the world! Hollywood and Los Angeles, San Francisco, Malibu, and more are all cities that are destinations for all kinds of global travelers. California has a Mediterranean climate, the only place in the world with it, aside from the Mediterranean itself. From sandy beaches to the huge redwoods of Northern California, if you could only travel one state in the whole world for the rest of your life, California would be the place to be!  Many tattoo enthusiasts who are California natives choose to get tattoos to show their love of their home state. Many of these tattoos include the California bear because he is so well known.

Here we see the California bear growling inside of the shape of the great state of California, along with the star seen in the flag.

The skeletons of the bear in composition similar to the flag make for a unique California Bear tattoo.

Look at the depth and realism of this California bear tattoo!

Here’s a colorful composition with the California bear, holding our great state, along with a beautiful orange Poppy that is so famous in California’s Spring season.

Here’s the bear with a map inside of its body.

Another cool bear with the redwoods inside.

Gorgeous and colorful bear with Poppies and the star.

Now this is a cool California bear!

Can’t beat the detail of this realistic black and grey tattoo of the Bear, a palm tree, the silhouette of downtown Los Angeles, and the LA River.