Walk a Mile in the Shoes of a Tattooed Woman 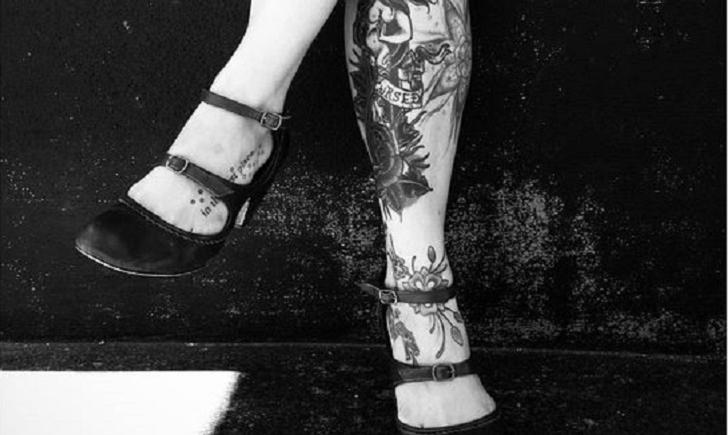 I’ve always been a bit off the norm when it came to my appearance. I’ve always loved bold clothing choices, dark colors, and exceptionally high heels. I’ve had colored streaks in my hair since I was old enough to begin dying it myself and I’ve accessorized with piercings of all sorts over the years. In my teens and into my early adult years, I was a dancer (ballet, not exotic—although, I must admit I’ve taken my spin on that stage before, too), and so I’ve always had a relatively fit body for the majority of my life. In fact, I’ve had three children and still currently weigh in at only 115 pounds while standing at a 5’6” frame.

Needless to say, I’ve had my share of experiences with catcalling, unwanted passes, and worse.

Despite my wild appearance, I didn’t begin my journey into tattoo collecting until I was in my mid-twenties. At this stage in my life, I had stopped dancing entirely and already had one child when I came home with my first tattoo—a small set of three music notes displayed promptly upon my hand. I didn’t think about its visible placement when I got it, I was in love with them and couldn’t have been happier. I was working in retail at the time—junior fashion retail, to be exact—and the addition of my little piece of ink didn’t seem to bring much difference to my life.

By the time I got my second tattoo, an infinity symbol with my two children’s names either side of it on my lower back (a tattoo I have since covered), I was working in a more generalized retail profession, selling shoes. My clientele ranged in ages and gender, unlike before. While the placement of this tattoo kept it mostly under clothing, I found that it did, at times, peek out from below my shirts—usually when I was bending down to retrieve shoes from the lower shelves for customers. This is when I began to notice a slight difference in attention I was paid from others. I do not want to say specifically men, at this point, as many older women or women of certain social statures did tend to make under-their-breath comments about my tattoo, but I will say that the most direct forms attention aimed at my tattooed body did come from my more masculine clients. 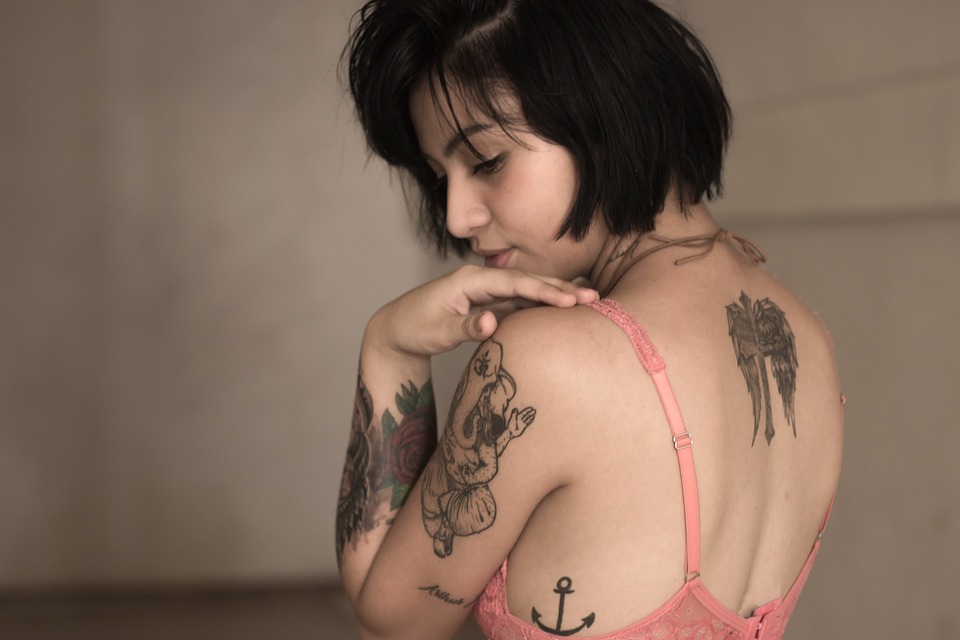 Now, it’s clear from history that women’s bodies have always been generally more accessible to strangers than a man’s. As Beverly Yuen Thompson, author of Covered in Ink: Tattoos, Women, and the Politics of the Body, explained to the Huffington Post during an interview (see the full interview here):

“Men are considered more autonomous people, they are more intimidating physically, and touching a man has different repercussions and social meanings than touching a woman. Women’s bodies are more socially accessible.”

When you add a tattoo to a woman’s body, it seems to immediately change the perception of the woman’s character to others, blurring this socially acceptable line even further. Whether it is the shady history that tattooing once had, being reserved for circus workers, criminals, street walkers, and other unsavory characters, or the fact that, up until the 1950s, women still required a man’s permission to do simple activities such as get a tattoo, it’s hard to say. But although I have always faced heavy attention toward my body growing up, I can definitely state, without a shadow of a doubt, that adding ink to my body increased the frequency and severity of this attention. 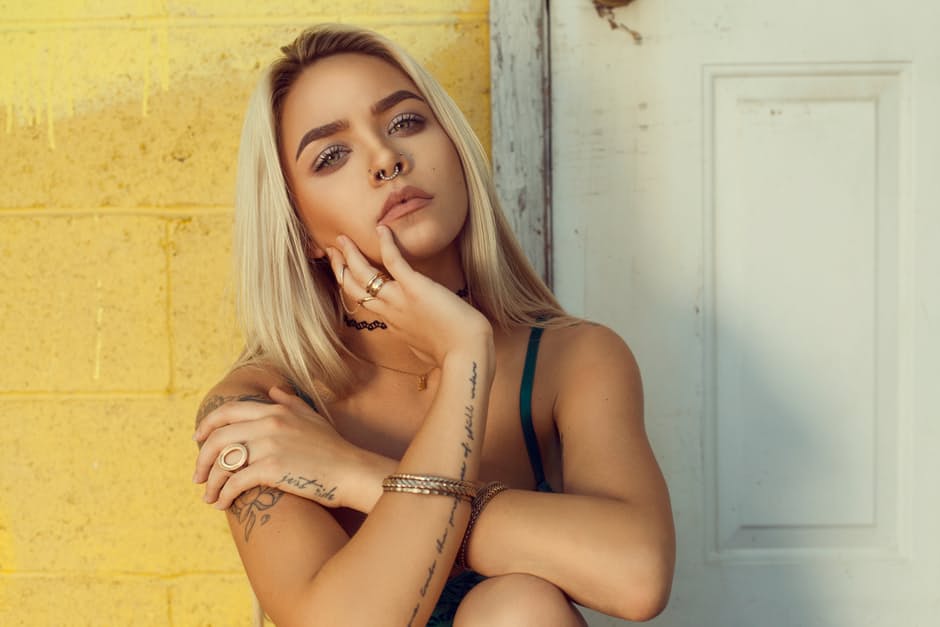 Shortly after my first back tattoo, I got two more—both equally hidden, above my hip bones on either side. At this point, I was only getting small, dainty tattoos. These were simple designs…I was a single mother of two children on a retail store manager’s salary, so I couldn’t afford the grandeur of tattoos which I so longed to have. I had to start out small. The new additions also tended to play peek-a-boo from below the tops of my business casual outfits, usually when I was reaching to the top shelves to retrieve merchandise for customers. Attention to my figure increased heavily, as these tattoos framed my abdomen perfectly, increasing the visual appearance of my already-sculpted stomach (good tattoo placement can enhance your form, you know). The longer I worked in the public with my peek-a-boo tattoos, the more I realized that these embedded designs seemed to open the door for strangers to touch me. Now, again, this was nothing new. It’s something I’ve dealt with from an early age, as most women have, and even before dipping my toe into the tattoo lifestyle I faced many unwelcome grasps from customers and other strangers. But it definitely seemed to throw open a door that had only been cracked open before.

While women made comments—sometimes snide, sometimes complimentary—or tutted to themselves under their breath, men who caught a glimpse of my ink would actually find it acceptable to grab the hem of my shirt and throw it up as they made their comments or questions about my body art choices. These comments would vary from “You’re so pretty, why would you do that,” and “If you were my woman, I wouldn’t let you have things like those,” to “Ooooh, you have tattoos…are there any hiding elsewhere you should show me” and “You’re one of those freaky women, what else are you into?”

This was while I had only a handful of small, subtly placed tattoos. 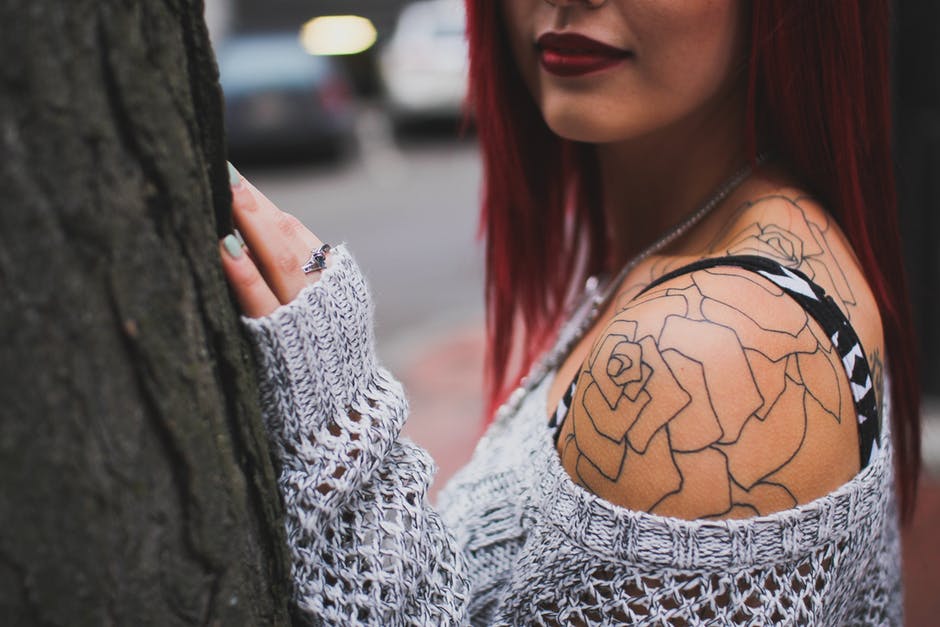 As my love affair with tattoos grew, so did my collection. Today, I’m moderately covered. While I can still cover them if need be for professional reasons (I do some side work for my local newspaper now and, in my small town, tattoos aren’t always welcome in certain arenas), during my non-journalist days, I show them off quite a bit. My entire back is covered, from the nape of my neck all the way down to below my underwear line, and my entire right thigh is covered from knee to butt-cheek, in addition to several smaller tattoos. Obviously, tank tops or low cut necklines show my back piece and shorts or dresses of any kind reveal my large-scale Medusa hugging my thigh. Since adding these pieces, I have seen an even larger influx of stares, touches, advances, and the likes.

What is it about ink on a woman’s skin which invites strangers—both male and female—to brazenly touch, discuss, or question their body? I noticed the same increase in physical attention and random conversation when I was pregnant, just a little less on the sexual aspect of the spectrum. It seems, in our society, that any alteration or change to the female form opens up the playing field for strangers to intrude upon something that should belong solely to the owner. It is my body—inked or not—and no, you may not touch it as you please. Just because I placed an image on my skin it does not mean that I am any easier or more promiscuous than I was before. If anything, a woman who makes such bold choices for herself should be seen as more brazen, more strong-willed; certainly less likely to respond to a man’s (or woman’s) unwanted advances. But, it seems, the perception of tattooed women is still skewed. While many women are flocking to tattoo parlors, dominating the industry as of recent years, you would think society would get a grip on this ever-changing culture. It’s time to get onboard, isn’t it? 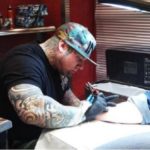