When it comes to tattoo conventions, Villain Arts sure knows how to put on a show. The 4th Annual Tampa Tattoo Arts Convention kicked off on October 6th, 2017 and things were already in full swing when the doors opened to the public at 2:00 pm. The artists, vendors, and performers were all in go-mode: chatting, setting up, and just overall having a good time.

The energy was high in the convention center as the halls filled with tattoo enthusiasts from across the state. Many were vying for a chance to get inked by their favorite TV-artist personality, others were there to enter their own work into the weekend’s tattoo competitions, while others still were there to scope out artists, gear, and equipment.

One thing that can be said for sure, however, is that everyone there lived for the tattooed culture!

There was art of all shapes and sizes, including paintings, skateboards, and even gothic displays of deceased insects. The convention showcased the epitome of the tattoo culture’s love for art of all styles. When it comes to tattoo conventions, Villain Arts sure knows how to put on a show. The 4th Annual Tampa Tattoo Arts Convention kicked off on October 6th, 2017 and things were already in full swing when the doors opened to the public at 2:00 pm. The artists, vendors, and performers were all in go-mode: chatting, setting up, and just overall having a good time.

The array of artists was incredible, too. With a spectacular lineup of internationally recognized artists from some of television’s biggest shows.

Spike TV’s InkMaster seemed to have the biggest representation, with over 18 former competitors appearing at the convention, including Aaron Is, Kyle Dunbar, Robbie Rippoll, Dave Clarke, and James Vaughn. Justin Coppolino from Tattoos After Dark, Ali Baker from Best Ink, and the Black Ink Crew were also representing their respective shows throughout the weekend.

Of course, the highlight for any tattoo history lover (In this case, me!!!), was the appearance of Shanghai Kate Hellenbrand, who has long been referred to as America’s Tattoo Godmother.

As for entertainment, the show focused on a more vaudeville, old-time feel, taking audience members back to the earlier days of tattooing, when it was prevalent in sideshows, circuses, and burlesque. The Enigma, who has been featured in the Guinness Book of World Records, Ripley’s Believe it or Not, and made appearances on shows like The X-Files and South Park, took to the stage several times throughout the weekend. Alakazam: The Human Knotperformed his daredevil stunts and freak-show routines while the Olde City Sideshow dazzled the crowd with acts replicative of vintage sideshows. Several burlesque dancers, the RISEN BMX stunt team, and live human suspension added to the flavor of the evening’s shows throughout the weekend.

Throughout the weekend, several tattoo competitions took place. There were 48 categories total, including Tattoo of the Day (for each consecutive day) and Best in Show. Other categories included Best Portrait, Best Traditional, Best Lettering, and Most Unusual… among many, many others.

On a side note, I had the pleasure of representing Tattoo.com on the judging panel this year and I was blown away by the impressive array of talent flooding across the stage. Seeing so many incredible pieces of art in Central Florida only solidified the fact that the tattoo industry is becoming more and more an industry of true fine art, and is clearly not slowing down anytime soon. 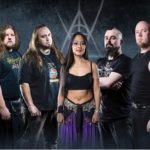