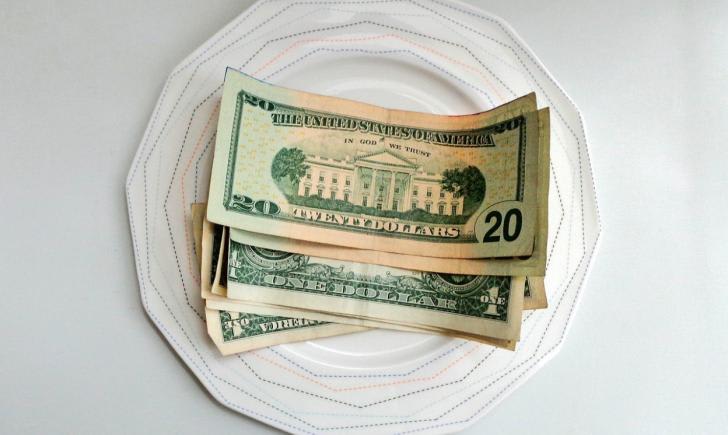 Tipping… it’s an American standard in many industries. You know when you go to a restaurant that you’re supposed to tip your server. Hell, most establishments even show you a breakdown of tip percentages on the bottom of the receipt these days. Large groups automatically have their tips included on the check. Your local hairdresser or barber? Yep, you tip them, too, don’t you? How about the teen washing your car or the pizza delivery guy? Do you tip them? I’d be willing to bet you do.

It’s become such a custom in these professions to tip that those who don’t—or those who do really well—tend to find themselves publically announced on social media for the world to see.

But, while tipping your hairdresser or server is standard practice, it seems that tipping your tattoo artist isn’t always a no-brainer.

The practice of tipping has roots reaching back into the early 1500-1700s in Europe. However, many associate the practice with the United States, as the practice is still alive and thriving in this day and age. In professions that tip, it is generally customized that the employee receives a wage lower than that of the federally mandated minimum wage. Tips are generally given based on service merit and therefore encourage better customer service within the given profession and help to make up the difference between the minuscule wage paid to the employee.

However, when it comes to tattoo artists, tipping is often a vital part of their income—and unfortunately, it is a part of the process often overlooked by customers.

You see, tattoo artists generally do not receive an hourly wage at all. If they are not tattooing, they are not making any money. It doesn’t matter if they sit in the shop for hours on end unless they are literally applying ink to a client, they are not being paid for their time. And if you’re thinking that the $100 you just gave them for that moderately sized piece goes straight to them, you’re mistaken. Most tattoo artists have to give a cut to their shop and this can vary anywhere from a 50/50 split to a 30/70 split (with the shop receiving the 70%). So, for that $100 you just handed over after an hour or two of tattooing, the artist may have walked away with only $50, to as low as $30, depending on their contract with their shop. Now think about what went into your piece. The phone calls or emails, the discussions regarding your wants, the initial drawing, the stencil, the application of said stencil, the set up, the sanitation, the actual tattooing process, the clean-up and break-down, and the aftercare (cleaning, photographing, wrapping, and explanation of the at-home aftercare). Your artist was able to create your vision, your desire, and place it upon your skin. They created something that you’ll cherish for the rest of your life; something permanent.  Isn’t that worth a little extra in the end?

Tattoo artists are no different than servers. They have bills. They have families to support. They have basic human needs and requirements. They depend on those tips. Not only does it help with the time they’re not paid for, it helps build up their self-esteem. An artist’s job is their art. When a client leaves them a tip, particularly a really good one, it lets them know that they did a good job, that the client is happy and satisfied with their piece and their experience. It tells them they’re doing something right and gives them a better focus to keep going.

Just think of it this way, tipping makes it hurt less.

Okay, so maybe that’s not entirely true, but it does keep your artist happy! And wouldn’t you want the guy holding the needle to be in a good mood?