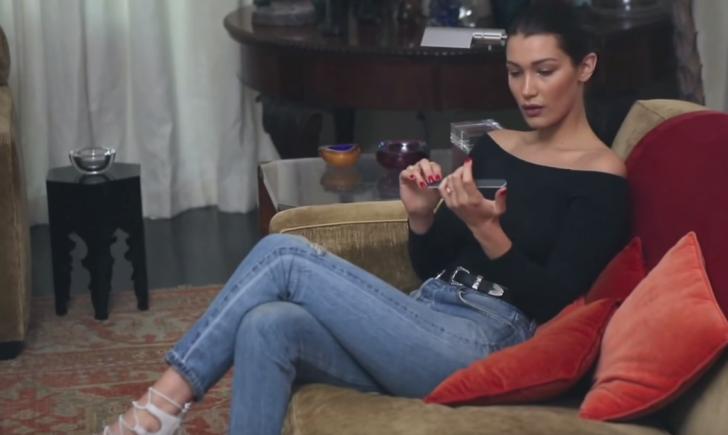 For fans of minimalist tattoos, be prepared to get jealous over Bella Hadid’s newest ink addition.
The 20-year-old Victoria’s Secret model has been making headlines quite a bit recently thanks to her very public and very recent breakup with famed singer The Weeknd. After it surfaced that the singer has been cozying up to one Miss Selena Gomez, Hadid appeared to take the news pretty hard. According to HollywoodLife.com, Hadid has made it clear that she feels betrayed by her ex’s new relationship and believes he should stop flaunting it. She has been photographed making obscene gestures in New York City clubs as of late, as well; showing her disdain for the situation she recently found herself in.
But, Hadid managed to turn things around over the MLK holiday weekend and made headlines that are a little more PR friendly—and helpful to the minimalist tattoo movement that has been sweeping the nation over the last few months (If you remember, minimalist tattoos made our 2017 Tattoo Trends list recently). Over the weekend, Hadid visited well-known tattoo artist Jon Boy of the West 4 Tattoo in the NYC West Village. Jon Boy has been recognized in the past for tattooing a handful of celebs, such as Kendall Jenner, Hailey Baldwin, Zayn Malik, and Sofia Richie.
Hadid’s tattoo is beautiful, simple. It is elegance personified, perfect for a VS model, and exceptionally detailed for such a tiny piece—props to Jon Boy there. The ink she opted for? Hadid’s newest piece is two miniscule angel wings, one on either side of her outer ankles.
Although the reasoning behind the tattoo has not been announced, there is speculation among news sites that the tattoo is either representative of her time as a VS Angel or that it is a visual depiction of her mother, whom she has often referred to as her angel. We’ll have to wait for Hadid to comment to know for sure. 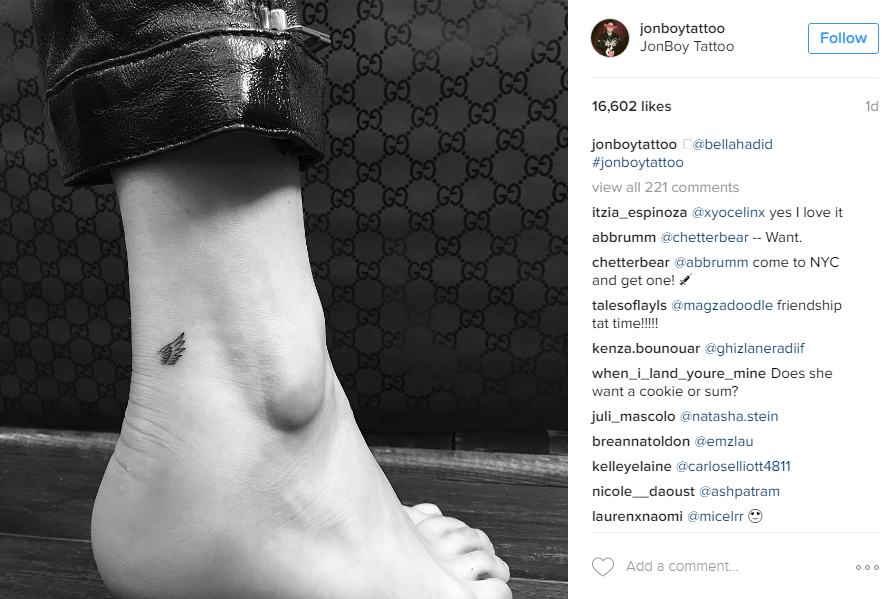 As of now, if you want to sneak a peek at Hadid’s latest tattoo, head over to Jon Boy’s instagram and check out his pictures! 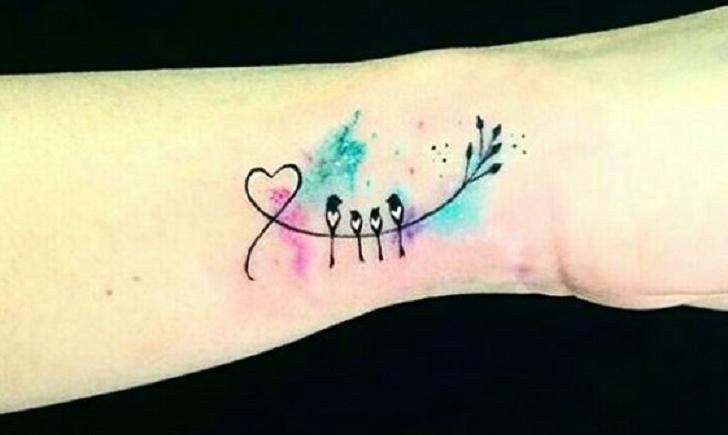 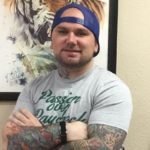