The art of Samoan tattooing is believed to be over 2,000 years old. Let that sink in – 2,000 years old. To put it into perspective, the oldest city in the United States dates back to 1565. That’s only 451 years. By the time the first US city was founded, the ancient Samoans had been tattooing for over 1550 years.

Now that you’ve picked your brain matter up off the floor – I know, its mind blowing, right? – let’s talk about the tattoo culture of these spectacular people.

Tattooing was heavily focused upon in the ancient Samoan culture. They referred to it as tatau and believed it was a way of showing pride and connection to their cultural heritage. Both men and women took part in the practice of inking the body, however, the designs and size of the markings varied by gender and ranking.

For men, the process usually took place between the ages of 14 and 18. They did this because, at the time, the Samoans believed that was when the body stopped growing. By tattooing at this age, the risk of the designs stretching or moving was narrowed significantly. Generally, the patterns were added to over the individual’s lifespan, as they increased in rank and life experiences, until the body was fully covered in art. Men were tattooed in groups, generally of six or eight at a time, in a culturally important ritualistic ceremony. These ceremonies were attended by family and friends of those being marked. The designs were geometric in inspiration and were referred to as pe’a. Markings included triangle motifs, bands of repetitive patterns, and large areas of banded black spaces. These forms of tattoos generally stretched from the waist to the knees, both front and back, and were said to take anywhere from less than a week to over a year to complete – depending on the individual pattern being used.

Women’s tattoos were a little less complex. Their markings were limited to gentle, flower-like shapes and patterns that were located on the hands and lower portion of the body.

The tatau ritual was as highly regarded as their religious ceremonies – being respected by all in attendance. The practice was always performed by a master tattooist, called a tufuga ta tatau, who would have inherited the position from a parent. The tufuga ta tatau was a highly respected and vital member of Samoan society. Working alongside the master was always at least one or two assistants, most often referred to as the solo, which translates loosely to ‘wiping of blood.’ These assistants were generally apprentices of some sort, learning the practice by observing. Their sole job, as the name states, was to stretch the skin and wipe excess blood from the skin. This allowed the master to concentrate on the art itself and not the preparation or process of cleaning up.

In order for the tattooing to be accomplished, the individual would lay on a mat on the floor. The tufuga ta tatau and the solos would sit beside them. The process itself was quite painful. For this reason, family members and loved one of the individual being marked would sit nearby to offer encouraging remarks, conversation, and most often song to keep the person focused on something other than the inevitable pain.

The designs were created through the use of a cutting tool, similar in design to a needle. They were crafted from bamboo (or another light wood). Attached to the tool was a piece of tortoiseshell and a comb-like piece of bone. The bone varied in size depending on the tattooist and/or the design being created. This was then dipped into an ink substance created from the ash and soot of burnt nutshells. Once placed against the skin, the tattooist would then tap the handle of the cutting tool with a small mallet-like object. As you can imagine, this was a slow process and quite painful. The skin would bleed quite excessively, similar to a cat scratch, and thus was the need for the solos, or blood-wipers.

When the Christians invaded the Samoan islands in the early 1800s, they attempted to change the practice of tattooing. The Christian Missionaries saw tattooing as barbaric, heathen. They believed it was sacrilegious to deface the body given to them by God. Despite trying to ban the practice altogether, they were – luckily – unsuccessful. Although the practice did not cease entirely, as these visitors had attempted, it did revert to only the sons of the tribal Chiefs for a period of time.

Luckily for us, the ancient form of Samoan tatau is alive and well, thanks in part to celebrities, historians, and devoted Samoan descendants. As mainstream tattooing has begun to grow and thrive, the descendants of this stunning tribal culture revived the practice and it has begun to gain popularity ever since. 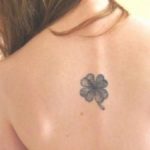 Inner Lip Tattoos: How long do they...