So what does it feel like to be a band handpicked by Slash to come to the states and tour with him? What is like to be in your 20‘s and not only have graced stages worldwide but also on the high seas of ShipRocked? This is what RavenEye chatted with us about, and more.

The UK rock trio has just been invited to tour Europe as special guests of KISS, as well as Hellyeah during their UK tour in April.  You can catch RavenEye at the Download festivals in Spain and France, as well as Bulgaria’s Plovdiv Festival.

Take a listen as the boys talk music, ink, and more. RavenEye is a must-see-and-hear band that will blow you away, and will most certainly make our list of Top 10 Trios of 2017 (they made it in 2015 but not in 2016 – only because we didn’t see them perform live last year). 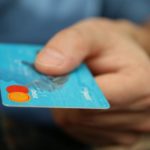