posted by Concha and Cucuy
Welcome to Rebellion Festival, Blackpool, England – the largest and most anticipated punk rock festival in Europe. Rebellion fest was founded by two punk rock fans Darren Russell and Jennie Smith who started out as DIY promoters of local shows and dreamed of something bigger. That dream blossomed into the amazing festival we know and love today.

Rebellion Fest started in 1996, under the name Holidays in the Sun. The year 1996 just happened to be the 20th anniversary of the birth of Punk Rock. As word spread about the festival, bands literally started coming out of retirement to play it. The first Holidays in the Sun was a raging success lasting 3 days with 2 stages hosting punk rock legends like the Damned, the Buzzcocks, and Slaughter and the Dogs.

Not without it’s ups and downs, like being swindled out of large sums of money by a security company which could have buried the festival, Darren and Jennie continued to put the festival on yearly. In 2003 Holidays in the Sun became known as Wasted and was now traveling across Europe, becoming a global punk festival. It had grown to four days with four stages hosting 150 bands. Bands like Stiff Little Fingers, Discharge,  the Adicts, the Dickies, Subhumans, UK Subs, GBH, and Anti Nowhere League could be found on the same bill. But to keep the scene alive, you need fresh blood,and Darren and Jennie knew this. Younger, newer bands have always been invited to play the festival and make up a large portion of the the line up.

Fast forward to 2007, the festival is renamed Rebellion and has found a permanent home at the Winter Gardens in Blackpool where it is still held today. In August of 2016, Darren and Jennie found themselves celebrating their 20th year of promoting the festival, landing on the 40th anniversary of the birth of Punk Rock. People have come from all over the world to attend and play the festival throughout the years, and the anniversary festival was not to disappoint. The Winter Gardens, and Blackpool itself, was teeming with punk rockers, young and old, with every area of the venue being populated by the masses, and even spilling into the street. This year saw the first outdoor stage, with five other stages indoors, including an acoustic stage.

All stages booked solid from noon to midnight hosted a total of 250 bands over 4 days. If you didn’t get your fill from that, there were the Rebellion pre-parties and after parties held at the club Tache a block away. On a separate stage you could catch sit down interviews with your favorite artists discussing anything and everything. Come with loaded pockets because the hallways are lined with vendors selling collectible and unique items you won’t find anywhere else including clothing, shoes, vinyl, cd’s, stickers and patches.

The vendors, like Nella Bellinzoni, who has been selling her clothes at Rebellion since it first started, are just a much a part of the event as the bands themselves.

Then there’s the art. An entire gallery filled with paintings, drawings, sculptures and jewelry hand crafted and one of a kind, made by your favorite punk rock artists. If that’s not enough art for you, you can get some art permanently etched on your skin by one of the Rebellion tattoo artists. Worried about the future? Get your fortune told by a Rebellion psychic. Whatever you can think of, this festival has it! The best part of this festival is the family friendly atmosphere and the welcoming attitudes of the attendees themselves.

Still going strong, Darren and Jennie are already gearing up for Rebellion 2017.  But the two of them alone could not have pulled it all off without the support and help of their amazing team. The Rebellion crew is truly a family, with many members coming back year after year to participate and make the festival happen, some members having been part of the team since it started. For the love of Punk Rock, and their amazing team behind them, Darren and Jennie are the dream team of festival promotion. Viva la Rebellion!!!
REBELLION FEST 2016 was last modified: August 25th, 2016 by Concha and Cucuy
EnthusiastsMusicTour
0 comment
0
Facebook Twitter Google + Pinterest
Previous post
Next post 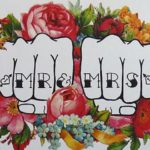