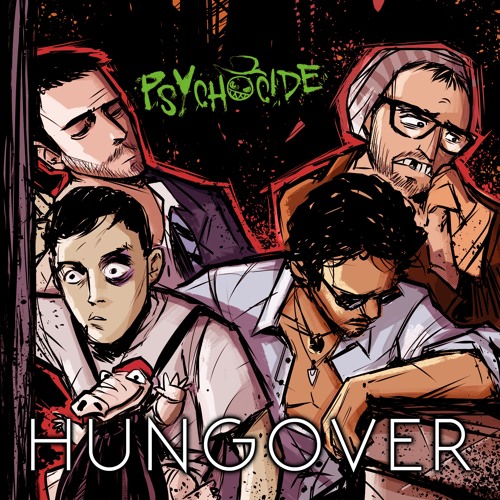 Montreal-based Psychocide unleashes a new EP today. It’s called Hungover and features 5-tracks of rock and roll with twists of punk and progressive rock thrown in for flavor.

The band describes their sound as, “Music that makes you want to drive fast and break stuff.”

Made up of Goldwyn Thandrayen (vocals, guitar), Wilson Li (drums), Charlie Chain (bass), and Joey (guitars), the band formed in 2012 during a bout of overindulgence at Lapalapa in the East Village. The first lineup included Daimo, Haffro, and Boris, along with Goldwyn.  Goldwyn and Boris both hailed from Mauritius. Everyone was blotto and decided they should found a band. Psychocide was born.

The lineup changed over time, but the music remained potent and visceral. In March 2017, Psychocide dropped their debut album Alcohol & Bad Decisions, a collection of songs about characters from a future comic book.

The first track on the EP is “Confined,” a straight-ahead rock number flavored with vague hints of bluesy alt rock. There’s also a feeling of progressive rock inhabiting the tune. Thandrayen’s voice is rich and strong, sustaining the perfect tonal flow for the song. Layers of vocals give the song splendid texture.

“Kinaesthesia” opens with dark strident riffs and a stellar rolling bass line popping with thick resonance. The flow of the melody is compact and taut, with a melodic break underscoring a brief spoken segment. I love the dirty, smoky colors of the guitars, as they propel the harmonics. High-pitched vocal harmonies give the tune blazing dimensional surfaces.

“Unattainable” starts off with Tommy Bolin-like intro made up of slick guitar riffs and crunching drum fills. The vocals attain a light, delicious melodic radiance, hushed yet smooth and lush. The rhythm imbues the music with an infectious driving cadence. This is one of my favorites on the EP because of the residual energy of the rhythm.

“My Favourite Game” opens with soft surfacing tones seguing into a guitars switching from beefy muscularity to measured radiant harmonics. There’s a dark tension streaming from this tune, like ozone smelling mists. The closing track, “Crash,” rides hefty layers of surging guitars underneath incandescent licks. Then the harmonics descend and ascend, enhancing the pulverizing flow of the snarling dynamics.

Hungover delivers grand rock and roll, full of buff momentum juxtaposed against elegant symphonic passages. Beyond a doubt, Psychocide has it going on! 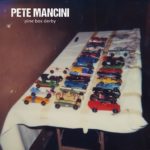