So as you’ve probably noticed, almost everyone meandering in the streets right now has their face in their phones.  This isn’t because of texting (surprisingly.) People are going absolutely bonkers over PokémonGo. The game launched just over a month ago, and it has been holding the attention of older and younger generations alike. Now because of this, (again, not surprisingly), the Pokémon tattoo trend has been surfacing rather rapidly. Instagram has been flooded with the work of popular tattoo artists like Josie Sexton (@josiesexton) and Alex Strangler (@alexstrangler), who have recently added to the permanent Pokémon rampage. There have been multiple Squirtles, Charmanders and of course, Pikachus tattooed on people all over the world.

Now, this all begs the question – Is it considered “acceptable” to be getting a Pokémon ink tribute as a fairly new fan?

Normally, tattoos are reserved for the major fanatics and enthusiasts of a particular genre of pop culture.  What if you’re new to the club and have only recently discovered that you’ve fallen head over heels for the whole Poke-universe?

Well let me just say, you are definitely not alone. I have run into numerous people who have hopped on board this particular train recently, and it is still boarding lots of passengers.

Personally, I don’t believe there’s a problem with discovering a new interest and sharing it with the world. Embrace what you love! Although, there are a few limits that might need to be touched on.  For example – Getting any tattoo should be a well thought out decision! Not only on style and content, but placement as well. Should someone be putting a Pokémon on their thigh in permanent ink if they’ve only been acquainted with the fandom for a month or two? I’ve witnessed many cases of a person taking up a new interest and then completely disregarding it a few weeks later. Tattoos should be something that show passion and dedication in a more important way than just picking up a game and suddenly deciding that you “love” it.

To sum it up, perhaps leave the tattoos off for a while if your engrossment is fairly new. But there’s nothing wrong with having a fun obsession to talk about! 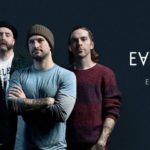 Dedicated to Led Zeppelin – Stairway to...