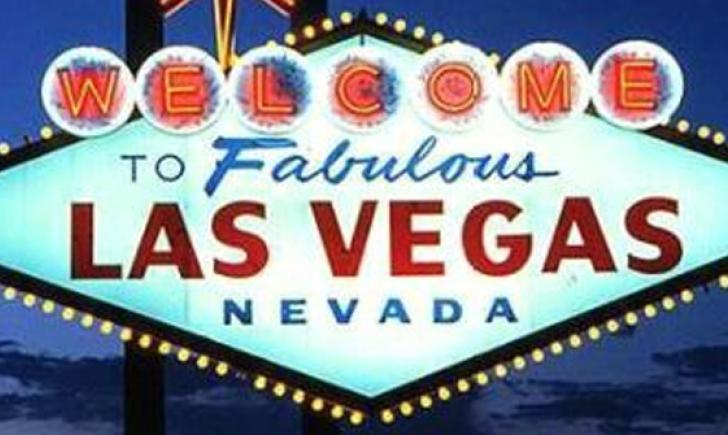 Las Vegas is a sacred haven of nightlife and entertainment for the masses. I may be marginalizing the cities historic importance when I say that Las Vegas’ economy is almost exclusively dependent on tourism, but there’s definitely truth to that sentiment. From the outside, the entertainment capital of the world doesn’t appear to be slowing down anytime soon; on any given day, you’ll find adults of all ages from all over the world roaming the strip, spending money, and looking to feed their vices. So, it won’t come as a surprise that Las Vegas tattoo shops are blossoming, and world-class tattoo artists are flocking to Sin City to get in on the constant influx of out of towners wanting to make the tattoo experience part of their stay.

Raise your hand if you’ve ever gone to Las Vegas on a road trip, 21st birthday, or some major holiday. Now I can’t exactly verify how many hands are raised, but I’d be willing to bet it’s a majority. Las Vegas can be manipulated into a prime destination spot for virtually any occasion, and what better way to enhance and commemorate your visit than with a tattoo.

“Las Vegas Tattoo Shops” is one of the most searched phrases across all search engines, and for good measure. Las Vegas is a city of impulses and temptation, factor that in with some liquid courage, and you likely have a lot of people thinking an inebriated tattoo trip is a good idea. I hope it goes without saying that trying to get a tattoo in Las Vegas (or anywhere for that matter) while drunk is a terrible idea, researching Las Vegas tattoo artists and planning your ink ahead will give way to a much more satisfactory experience in the present, and in the future.

Luckily, we’ve compiled a shortlist of some of the best Las Vegas tattoo shops with world-renowned tattoo artists to ease your process of finding the ideal tattoo experience.

Originating in North Carolina by the award-winning, soft-spoken Robert Pho, Skin Design relocated to Las Vegas in 2005. Pho, who has over 20 years of tattoo experience under his belt, is completely self-taught artist. Specializing in black and grey realism tattooing, Pho was one of the pioneers of the single needle “prison style” tattoo. His smooth and expressive tones have helped put Skin Design on the map and earned Robert high acclaim and respect amongst his peers. Look out for Pho in October, when he plans on expanding his operation in a new, larger tattoo studio (still in Vegas) with other talented Las Vegas tattoo artists at his helm.

Owned by acclaimed tattoo artist Daniel Rocha, Seven Tattoo Studio is one of the premier custom tattoo shops on the entire west coast. Rocha has always been an artist, and took the natural progression into tattooing and quickly got a real apprenticeship to hone in on his artistic skill set and has emerged as a well known and award-winning artist. Aside from Rocha, Seven Tattoo Studio features tattoo titan Carl Grace. Known for his freehand, primarily black and grey realism, Grace’s 13 years of professional tattoo experience has made him highly sought after by collectors and tattoo fans worldwide. Seven Tattoo is a sanctuary, and always full of people willing to travel to Las Vegas get high caliber tattoo work.

Club Tattoo started out as a concept collaboration in 1995 between Chester Bennington (of Linkin Park fame) and Sean and Thora Dowdell. Rather than being exclusively a tattoo shop, Club Tattoo aimed to promote alternative culture, lifestyle, and fashion. As it’s user-friendly experience grew in popularity, Club Tattoo expanded to six locations on the west coast of the US; Scottsdale, Mesa, and Tempe in Arizona, San Francisco in California, and of course, Las Vegas, Nevada. Club Tattoo brings together talented tattoo artists and piercers from all over the world to showcase their unique and diverse brand of tattoos.

Opened in 2010 by artist Cleen Rock One, Chrome Gypsy Tattoo set out to be different from the countless Las Vegas “street shops” trying to cash in on that ever-flowing tourist money. All Chrome Gypsy tattoo artists are selected based on their diverse portfolios and motivation to become better, keeping Chrome Gypsy at the top of the Las Vegas tattoo shop food chain.

Opened in 2004 as a collaboration between action sports athlete/personality Carey Hart and John Huntington, Hart & Huntington is one of the most well known and accomplished Las Vegas Tattoo Shops. Hart & Huntington doubles as a clothing line, with the designs all custom made by the tattoo artists working there. Much of Hart & Huntington’s popularity can be attributed it’s chronicling on A&E’s reality show “Inked” as well as Carey Harts celebrity status, but the shop remains successful after all these years because of the integrity talent that shows in their work.

Of course, the aforementioned Las Vegas tattoo shops are only the tip of the iceberg. Las Vegas has always been a storied tattoo city with many great, custom tattoo shops. Shops like Heritage Tattoo and Big Deluxe are other examples of the Las Vegas tattoo scene doing it right. No matter your reasoning behind your ink, do your research and above all, be patient and safe when getting a tattoo in Las Vegas. 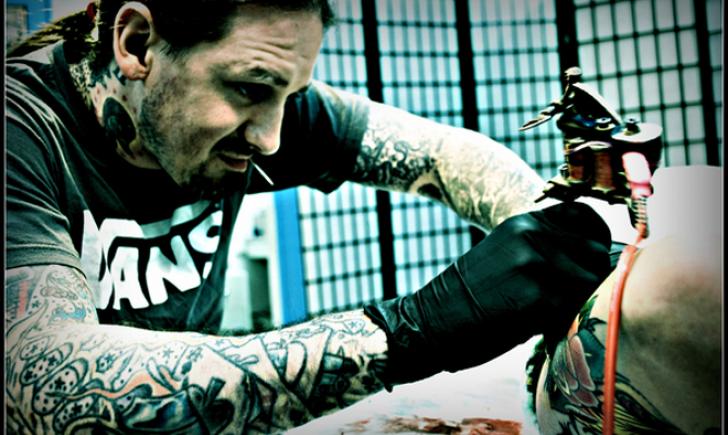 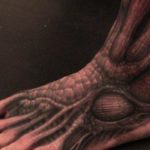