“The song ‘Killing Time’ from our current album Paint the Devil is a homage to Spaghetti Western Films. This is our interpretation of what Pantera would sound like to Clint Eastwood in The Good, the Bad and the Ugly. This video was shot on our last tour at a Metal Festival in Germany.” – Niki Skistimas (Vocals) 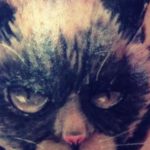