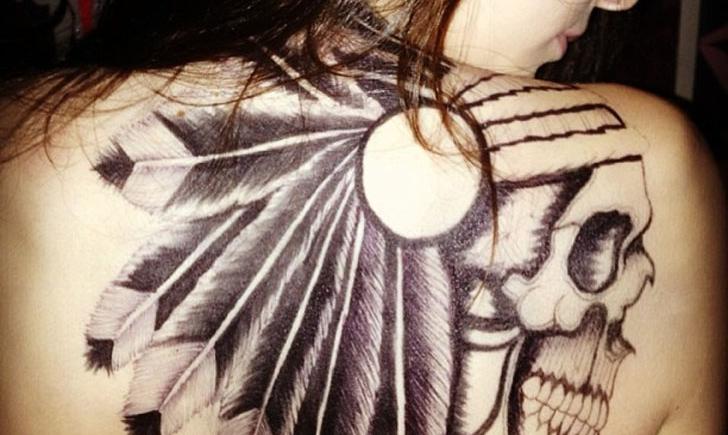 The Kardashians and Jenners seem to always in the news, whether it be Kim, Kris, or Caitylnn. The youngest Jenner girls have become an entity all their own as of late. What do they have to do with tattoos? Kendell Jenner is becoming more well known for her very large, very elaborate temporary tattoos, which she shows off on her Instagram account. Here are some of the temporary tattoos that have become associated with Kendall:

First, in this Instagram photo, a large skull with a Native American inspired headdress takes up most of Kendall’s upper back.

More recently, Kendall went with some close friends, including Hailey Baldwin and Harry Hudson, to get her first real tattoo. Against her older sister’s advice about not putting a bumper sticker on a Bentley, Kendall shows that she’s her own person. In the photo above at the tattoo parlor, she’s not just flipping the camera off. In this group photo, she’s also showing off her first tattoo. Where? You may ask. Take a closer look.

See that little white dot? That’s it. Kendall opted for a tiny white dot on her middle finger. For someone who gets such huge temporary tattoos, this tiny white dot is a little surprising to some. This is not to say that she won’t get a bigger tattoo in the future. After all, once you get your first one, it’s easy to start itching for another, even if your first one is barely a speck. Wonder what Kendall will get for her next tattoo? We shall have to wait and see! 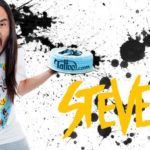