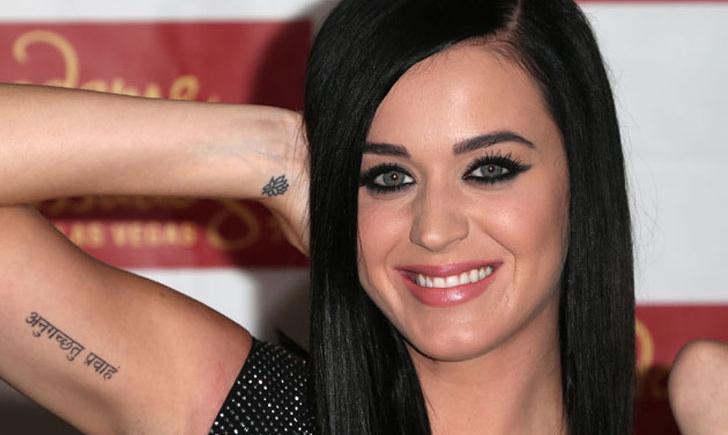 Katy Perry is a pop music icon, not to mention a total bombshell. Growing up in a very religious, conservative family (her parents were both pastors), it’s amazing to see how her career has grown and was launched by such catchy songs as “I Kissed a Girl” and “Ur So Gay.” She’s known not only for her catchy music but for her colorful theatrics and dramatic entrances. Her wide-eyed, anime eyes, classic pinup beauty, and quirky, colorful, but still sexy style, is a big part of her appeal and why people not only know her for her music but her style and iconography. She’s been singing since she was 9 years old and playing guitar since she was 13.

Along with having a rock star presence and millions of fans from all over the world, she has multiple tattoos. Most of them are quite small and very cute! Check out 7 of Katy Perry’s tattoos, although, we’re sure she will be adding more to her collection:

Katy’s lotus tattoo is a tiny one, on the left side of her right wrist.

Katy Perry comes from a religious family, and this tattoo is the first that she got when she turned 18. It’s a reminder of her roots, and no matter what changes happen in her life, she will always remember where she came from.

This Sanskrit tattoo which says “Anuugacchati Prahava” means “Go with the flow.”

This cute little strawberry was to celebrate the success of her album, “One Of The Boys.” Inflatable strawberries were used as a stage prop during her “Hello Katy” tour.

This cute little peppermint represents her success for her “Teenage Dream” album and California Dreams tour. She was wearing a peppermint themed outfit when getting this tattoo. 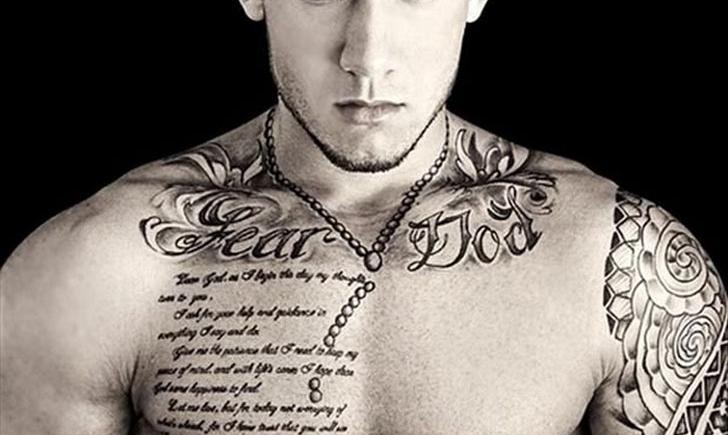 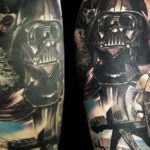