Interview with Marc from M.A.D. Tour Booking – founder of Punk and Disorderly Festival

Well, it started with the idea back in the late 70’s and 80’s we always wanted to see the big lineups from the UK like the Sex Pistols, the Clash, the Damned, we wanted to have it here and it never really worked. The bands were working in big industries sometimes, other bands went on their own tours so we could never get them here.  So it was a perfect time we just put together a lineup and the was basically the whole idea.

That’s amazing and we as fans are so grateful you’re doing this because you keep the scene alive by promoting these types of festivals. Now I know you work with a lot of bands and you book a lot of bands besides just doing these festivals?

Well, the festival is just something we love to do, what we really do is we are a booking agent worldwide and we handle booking many bands from Hatebreed to Cock Sparrer and Agnostic Front and all these hardcore and punk bands, it’s a lot. We’ve been doing it since the early 80’s we have a very good team working together and it works! 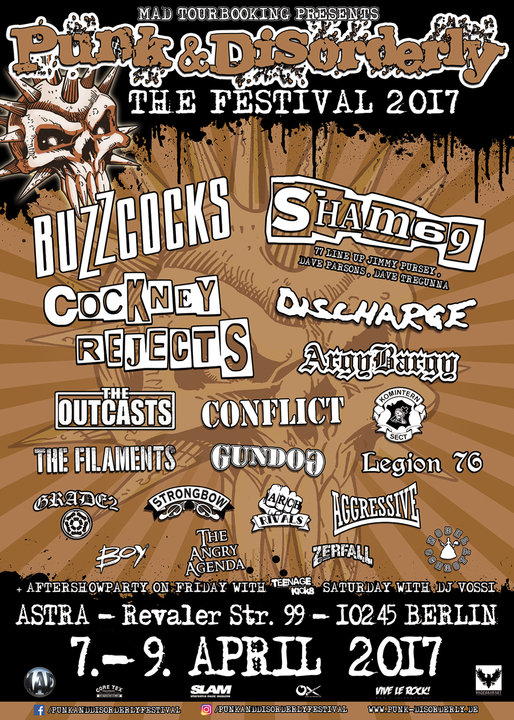 I’ve talked to a lot of bands and they have nothing but good things to say about Mad Tour booking that you guys treat the bands very well and they’re very happy to work with you and I gotta tell you there’s a lot of promoters out there you don’t hear that about.

Well, we are a part of it, we are not like most promoters.  We are one part of this big wheel, we treat everyone like family. We want to treat people like that and we want to get treated like that and maybe that’s why it’s different.  We try to make everyone that works here even security, they are all from the scene. They’re all punks and skins and hooligans and everybody that works here knows the music. The biggest problem we have here is the security wants to see the bands, but they have to be working the door when their favorite band is playing.  But that is also why the atmosphere is so peaceful. We’ve been left alone by the police after all these years because nothing happens and it’s because everyone knows each other. It’s a very respectful thing.

And that’s how it should be everywhere. It’s such a warm and close environment and you may not find that everywhere.  And I have been welcomed here with nothing but open arms and my whole point in doing this and coming out here is to get you guys known in the United States because we don’t have a lot of big punk festivals and it’s just jumping off over here in Europe! We’d be thrilled if just one of these bands came over and played and you guys are just doing it and it’s an amazing thing to be part of.

Yeah, that’s true, but it’s been a long road. When we first started we started in the UK with a festival that was a mix between hardcore and punk rock because we were handling bands back then like Sick of it All, Agnostic Front and Dropkick Murphys, GBH and Anti-Nowhere League, and we worked with local promoters there and then we decided we had to bring it over.  They had Rebellion festival but it was quite difficult to do that here in Europe.  Over there the bands just drive around the corner or take the subway to play the festival. Here we need to fly the bands in, we have tax laws because they’re not German citizens, it gets very difficult.  We have a huge European scene but it’s like very young and very old so you have to put a good mix together. We always try to join the old generation and the new generation.

Right and that’s very important because how do we keep this scene going if we don’t bring in the new blood.

Yeah, I love that whole mix, it keeps it really fresh and provides a great show.

Well, thank you so much for having us here I can’t wait to spread the news about what you guys are doing over here in the United States because it is amazing! 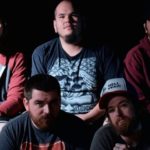