posted by Jordan Raiff
As the humidity rose, and the lightning rolled in with a ferocity that usually would be indicative of a severe thunderstorm, Judah & The Lion took the stage for the second date on the ‘8’ tour at MidFlorida Credit Union Amphitheatre in Tampa, FL.

With their unique sound that is most accurately described as ‘the result of a drunken night between of folk, bluegrass, hip hop, and contemporary rock’ (as evidenced by the lead singers Toby Keith shirt and the sampling of T-Pain’s signature autotune in spots), they are capable of commanding an audience with ease, and truly encompass the term ‘utility band’.  With only six years under their belt, their rise to notoriety cannot be ignored. The crowd danced along in spots, and they certainly enjoyed what they brought to the table. Unfortunately, those who hadn’t made it in for the show by the time they left TRULY missed out on something special.

Jimmy Eat World took the stage next and proved why after 24 years of playing music why they remain a successful band. Making a bold decision and playing one of their most successful songs “Bleed American” as their second song, they were able to greet the latecomers with vivacious energy that carried on throughout the entire set. As a matter of fact, their energy carried through a little too hard during their fifth song, as someone passed out in the pit and their song had to be cut short as they were attended to. Featuring a keyboard player who occasionally pulls double duty as an additional rhythm guitarist, their sound still fits right in on most current rock stations. As the set continued, and the sun continued to set, Jimmy Eat World watched their crowd more than triple in size. Closing with their top single “The Middle” and with a wide variety of tunes along the way, they left no bit of their wide discography untouched.

With the sun set and one of the largest crowds I’ve seen at the amphitheatre, Incubus took the stage. As the ‘senior’ band on the tour with 26 years making music, and their eighth studio album having been released in April, they have been able to tour and create music without sacrificing their artistic integrity. This integrity leads to a jaw-dropping crowd. Not only did they turn out in droves, but they sang along, danced, and were generally the type of crowd that normally comes along with hard rock bands. With hits such as “Megalomaniac”, “Drive”, “Wish You Were Here” and an extended version of “When I Became a Man”, there was something for anyone who grew up with their music.

I have seen rabid fans before, I have watched grown men shove kids out of their way to get closer to the stage, and witnessed people almost fist fight over a guitar pick. Yet, the fans there tonight had that same ferocity, but all took care of one another. No shoving, no yelling, hell… barely a fall-down drunk person in sight all night. They danced together, sang to one another, and just enjoyed the vibe of the bands. Tours like this don’t come around very often. If you’re sitting on the fence, go get your tickets. Take your wife, take your kids, ask the neighbor to join. This tour is truly not just a concert, but an experience.
Coverage provided by Jordan Raiff Photography on behalf of ROCKwell UnScene Magazine
Incubus with Jimmy Eat World and Judah & The Lion – MidFlorida Credit Union Amphitheatre was last modified: July 10th, 2017 by Jordan Raiff
EnthusiastsMusicTour
0 comment
0
Facebook Twitter Google + Pinterest
Previous post 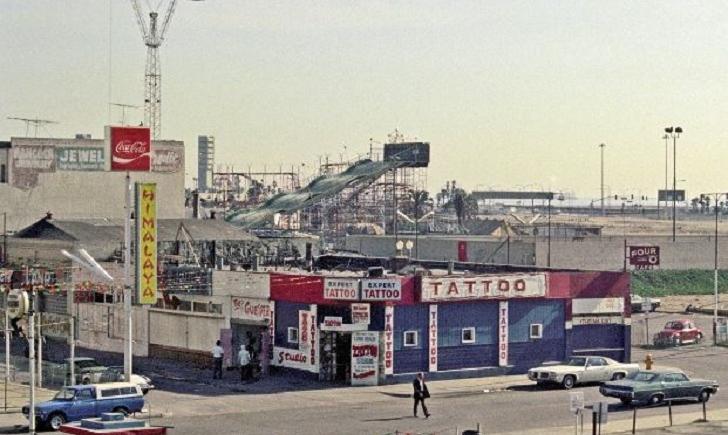