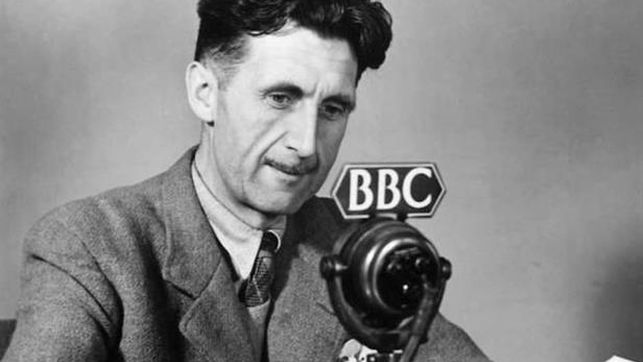 As historians have learned, tattooing has been around almost as long as documented human culture. So, it goes without saying that, in its ebbs and flows of popularity, there are bound to be some historical figures bearing the marks of body ink. While tattoos are as common as, say, grabbing a Cup o’ Joe at a Starbucks or blasting your favorite Hemmingway quote on Facebook, back when these trailblazers sported their ink, it wasn’t quite all the rage yet.

But who were these early pioneers of the tattoo culture?

Hold tight, because we’re about to explore some notable people of history that were sporting tattoos of their very own. Some may shock you, some you may already know, some may make you laugh – but either way, it’s a memorable and quite decorated, walk through history. This King of England was the last of his kind – Anglo-Saxon that is. King Harold II ruled over England from January 1066 up until the moment of his death – which occurred during the infamous Battle of Hastings in October of that very same year, 1066. During the battle against the Norman invaders led by William the Conqueror, the King was mutilated beyond recognition. When his wife, Edith, was called in to identify his body, she did so by looking at his chest. It is said that the King bore a simple tattoo that stated, ‘Edith & England’ directly above his heart. Romantic, isn’t it? This genius of invention has one of the strangest tattoos to date. Helping to create the electric pen that would lead to modern tattooing equipment; it is no surprise that he partook in the art form, most likely to help test it out. His choice of marking? A quincunx: a geometric design consisting of five spaced dots, located on his forearm.

The jolly man himself, Winston Churchill, was also a member of the inked society. Churchill was most well-known for being the Prime Minister of the United Kingdom during 1940-1945 and 1951-1955. Once an officer of the British army, the famous statesman was also a writer, artist, historian, and a Nobel Prize winner for literature. What design did this man of all trades opt for? He proudly displayed an anchor on his forearm.

During the early days of theatre, it was often thought that actors displayed traits of narcissistic tendency – and this bad boy’s tattoo didn’t do much to dispute that misconception. As you well know, JWB became famous for his role as shooter in the assassination of President Abraham Lincoln, not for his acting chops. Due to the manner of his death, it was once again his tattoo that helped authorities identify his body. Located on his hand, Booth had a tattoo of his own initials. Guess that didn’t help the acting community much… Way to go, Booth.

Following the dot trend set by Thomas Edison, Mr. Orwell, legendary writer of the groundbreaking novel 1984, also had an inexplicably strange choice of body ink. On each of his knuckles Orwell had a bright blue dot tattooed, some say as rebellion from his strict work as a Burma police officer during the younger days of his work career. Either way, it was an interesting choice.

Nicholas II, the last Czar of Russia, was known as many names – including Nicholas the Bloody, Saint Nicholas the Passion-Bearer, and Saint Nicholas the Martyr. He had his hand in everything from the Khodynka Tragedy – a literal human stampede that occurred on Nicholas’ coronation – to Bloody Sunday, in which Imperial Soldiers fired upon unarmed protestors aimed at submitting a petition to the Czar. During many tense years of conflict between the Russians and the Japanese, the Czar traveled to Japan during 1891 in an effort to stabilize the relationship. While his trip may not have been altogether successful (as the Russo-Japanese War took place from 1904-1905), he did manage to bring home a delightful present – a tattoo of a brightly colored dragon along his right arm.

Did you know that one of today’s high-end retailers was actually founded by a tattooed hipster? Hard to believe, given the store’s alliance with the top designers in fashion and retail these days. Prior to opening the now recognizable flagship, Macy worked on a whaling ship called the Emily Morgan. During his time aboard, the young Macy had a red star tattooed on his hand, which later became the distinctive logo for the current Retail store. Now you know! 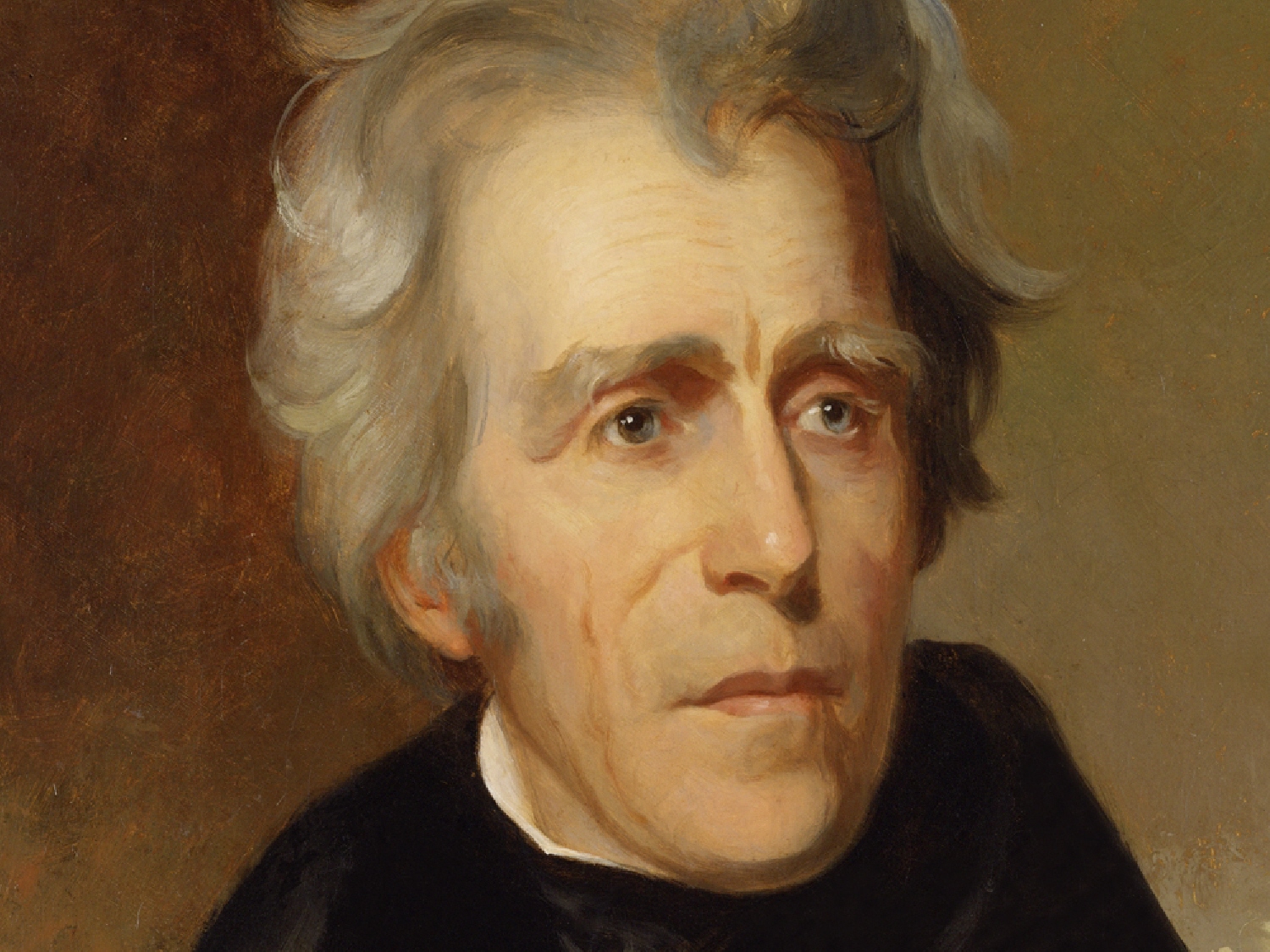 You just can’t talk tattooed historical figures without making mention of Andrew Jackson. The seventh President of the United States, his tattoo’s origin lies in speculation. The early POTUS had a giant tomahawk tattooed on the inner of his thigh. A strange choice for a man who spent his career focused on eradicating or relocating Native Americans. Perhaps one of the most famous drunken-night-out tattoos belongs to Dorothy Parker. An author, critic, poet, and screenwriter, Parker is most recognized for her volumes of poetry entitled Enough Rope, Sunset Gun, and Death and Taxes. Her criticisms and short stories appeared in Vanity Fair, Vogue, and The New Yorker, and her short stories were published in several collected works novels. The well-versed writer sported a memorable (or not-so-memorable, perhaps) tattoo of a small blue star close to her elbow that spurned from a drunken night out. Quite the scandal for a gal in the 1930s. 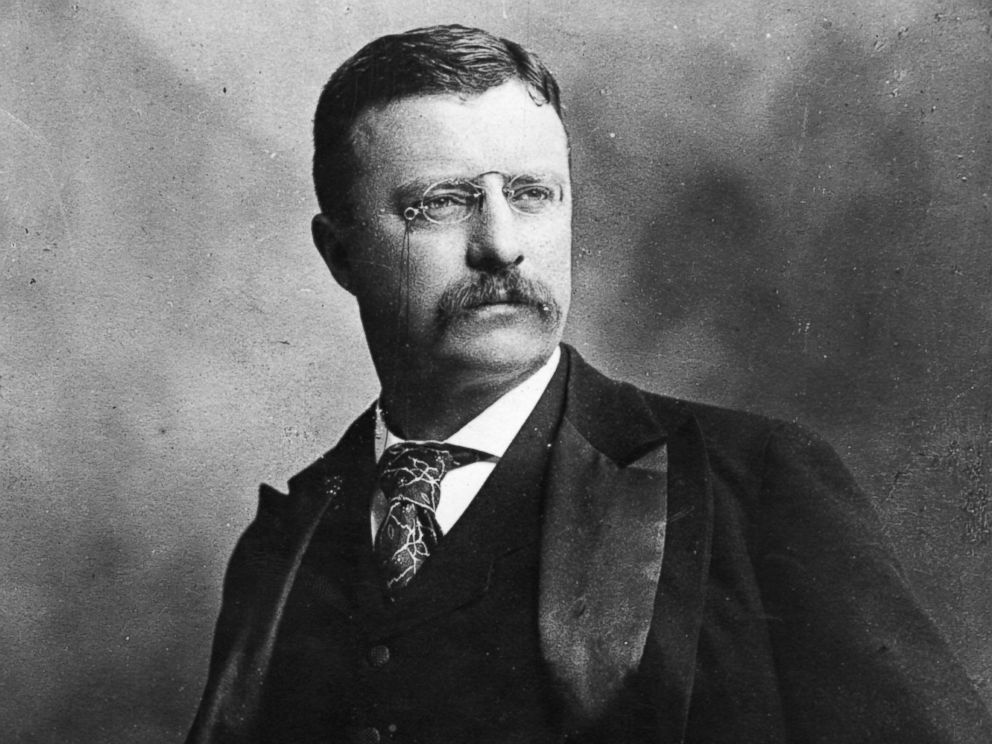 Another shocking Presidential tattoo gets a mention! Theodore Roosevelt, the twenty-sixth President of the United States, wore an impressive tattoo close to his chest. In the fashion of the old blackwork chest pieces, Roosevelt’s family crest made an appearance across his upper torso in all black ink. The design, mostly floral in pattern, was large and blazoned across his chest as a coat of arms. Go on with your bad self, Mr. Roosevelt. 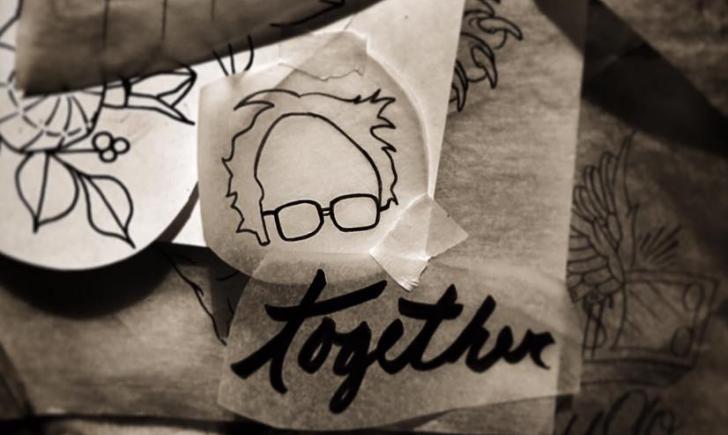