You go in to get a tattoo and you plan on spending how long in the chair – one hour, three hours, four, perhaps? Tattoos can vary in application time depending on the size and complexity of the design, and the ability of the person to withstand the uncomfortable sensation that accompanies getting inked. While it can be long and quite uncomfortable for some, today’s tattoo process is a walk in the park compared to the methods of the ancient tattoo art.

First, let’s examine what tattooing is…

While the method has changed dramatically, the idea still remains the same. A tattoo, according to Merriam-Webster, is essentially “an indelible mark or figure fixed upon the body by insertion of pigment under the skin or by production of scars.” So, to break that down – tattooing is the practice of placing ink into the skin in order to leave a permanent design behind. How do they get the ink below the skin, you ask? This is the part that hasn’t changed, across centuries and continents. In order to get ink below the skin, the tattoo artist has to enter the top layers of the epidermis through the use of a sharp instrument.

Today’s tattooing implements are about as pain free as you can get. Of course, this depends on who you ask, but generally – it’s pretty no muss, no fuss. Uncomfortable, sure, but it’s not like anyone has to hold the individual receiving the art down in the chair. Hey, some people even say it feels good. To each his own, right? One of the main reasons that tattooing has been able to flourish in today’s society is the ingenuity of the instrument, which has taken the majority of the pain out of the process. But, the technology of the design being utilized today is clearly not the same as was available to the ancient Picts, Thracians, or Samoans and they rocked some serious full body art back in the early days of history. So, before you head out to the parlor to get that next dazzling piece of body art, take a look back on the instruments that once applied this long-standing practice (and thank your lucky stars they’ve come so far since then).

At this point, historians have managed to uncover two forms of tattooing implements that were used in Ancient Egypt. According to Smithsonian Magazine, one of these is crafted from wood, with a handle and a sharp point. It dates back to as early as 3000 BC and was located in the area of Abydos. In Gurob, a second form of tool was discovered. This one was made from bronze and resembled crude needle-like objects. They were flat and wide and found in a group.

Polynesian tattoos are extremely complex, and generally cover large spaces of a person’s body. They required two people to apply, one to pull the skin tight – the assistant or apprentice – and one to actually place the design. To do this, they utilized a rake tool or comb (made from many small needle-like items tied to a long, flat object). Generally crafted from materials such as tortoiseshell or bone, the tool was placed against the skin with one hand, while the other used a heavy wooden stick to tap on the top of the handle of the rake tool or comb. The size of the instruments varied in size depending on the size of the design being applied. This method is still being utilized today.

Tattooing – or moko, as the Maori call it – is completed with the help of an uhi, or chisel, made from bone. They carve a portion of bone into an extremely sharp point and use this to create cuts in the skin. How? Similar to the Polynesian method, a blunt instrument was used to tap on the back of the uhi as it rested against the skin. In cultural remembrance, there are still those who use this ancient, painful method.

Tebori is a traditional method of (as it translates to) tattooing by hand. While tattooing has been practiced in Japanese culture since as early as 297 AD, it used to be reserved for criminals and gang members. In the early days, it was referred to as Irezumi, but has since become called Tebori. Tebori has been in common practice since the late 18th century and varies slightly from most other early practices. The tool, called a nomi and crafted from a sharpened piece of bamboo, is poked into the person’s skin to create a design.

If you’re thinking to yourself, “Hey, those don’t look so bad,” you’re forgetting one major thing. While an individual may have been able to stomach the pain, they may not have been so good with what came afterwards. Today, tattooing is highly regulated. Everything has to be sterilized, updated, and kept to certain specifications. The skin is cleansed, the inkpots are sanitary, the needles are new, and the area is sanitized to perfection. Infection is rare if a reputable tattoo artist/shop is used, and the risk is minimal. But when these tattoo tools were being used, antibiotics and sanitizers did not exist. Most times, groups of people were gathered when tattoos were being applied and it was often done in small hut or even out in the open. The concept of blood borne pathogens and diseases were as far from their minds as cell phones and Beyonce. Often times, tattoos became infected, causing severe sickness in the individual. In other cases, the individual could even pass away from a ravaging infection. So remember, while tattooing has been occurring for as long as written history can document, it hasn’t always been a pleasant experience. But, the fact that people would brave painful operations, crude tools, and possible infection and sickness just to display beautiful artwork on their bodies shows the devotion and loyalty mankind has to this interesting art form. 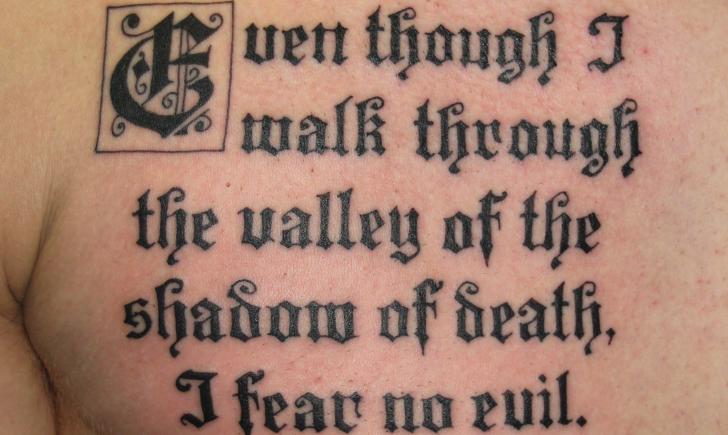