Hellfest 2017 – Back into Hell with Aerosmith, Rob Zombie, Avatar, Alter Bridge, and More! 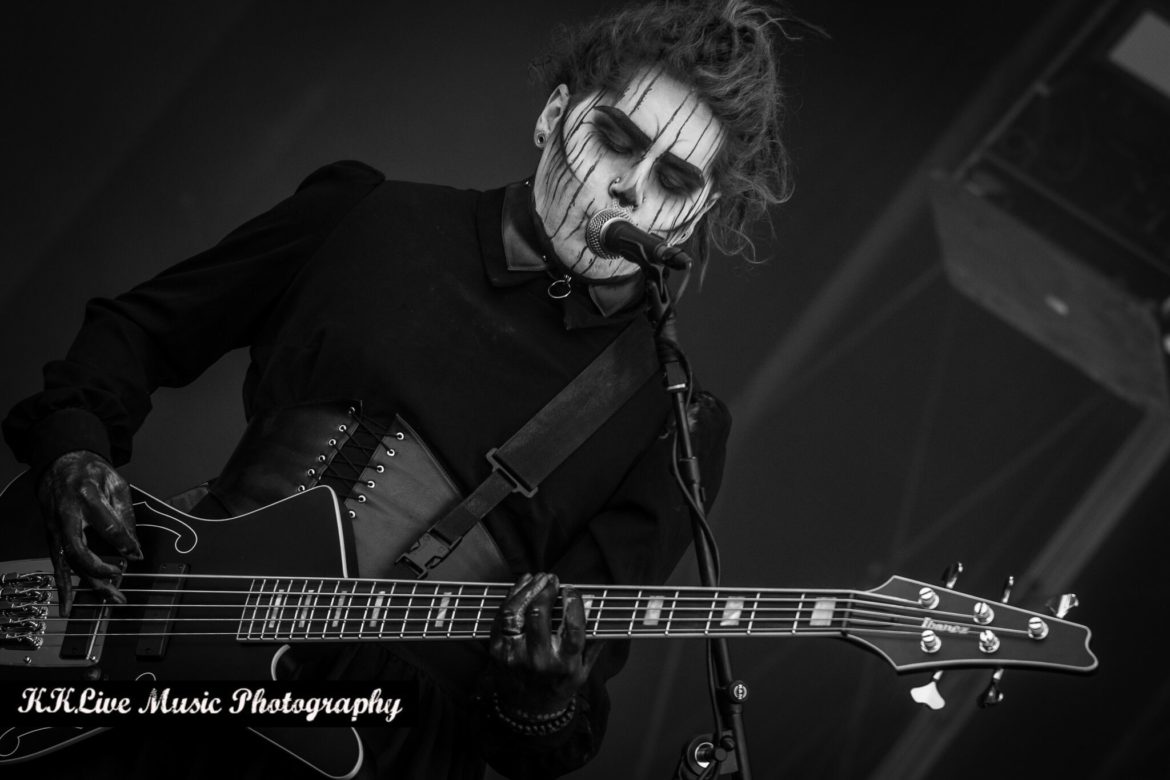 So we had the pleasure of returning to Clisson in France for the 2017 edition of HELLFEST, and to be honest I didn’t think it was going to be as good as last year…I was pleasantly surprised.

When I saw the line up the initial stand out bands for me were obvious… Aerosmith, Rob Zombie, and Avatar – with the added extras of The Dead Daisies, Black Star Riders and Skindred (none of which I’ve had the chance of seeing before). I started to get a little excited.

Friday – the day I was most looking forward to and was in no way disappointed. Only two bands that mattered to me personally, the Headliner Rob Zombie and the First Hellfest appearance by the mighty Avatar, coupled with an interview with Johannes himself.

Straight from the off Johannes and the boys had the Hellfest faithful whipped into a frenzy that lasted the whole set. I guess they were looking forward to seeing them as much as I was!!! After seeing them for the first time last year, in a small venue, I couldn’t wait to see how they would fare on the bigger stage with a bigger audience. With a frontman like Johannes, it was never going to be a problem. Governing the stage like a true ringmaster he really does give his all and then some. The dual guitars of Jonas and Tim are a pleasure to listen too, and I don’t remember seeing two guitarists so in tune with each other and the way they trade licks and solos us outstanding. With John and Henrik bringing the noise on drums and bass, this is one hell of a rhythm section.  Verdict… that’s a no-brainer. Just try telling me I can’t go see them again!!!!

The last chance I had to see Rob Zombie was back in 2012 on the Twins Of Evil tour with Marilyn Manson. That night he was superb and put on an awesome show. It was great to see nothing had changed… dancing around the stage like a man possessed, Mr. Zombie is another one of Rocks great frontmen.Banging out awesome tune after tune, giant balls and inflatable aliens along with John 5, Piggy D and Ginger Fish, he most definitely brought the party to Hellfest.

Saturday…First up for us… The Dead Daisies. They have been over to the UK more than enough times but another band I had not had a chance to see. With a catwalk added to front of stage for headliners Aerosmith, John Corabi and Co. made the most of it and were up and down it throughout the whole set…and a great set it was too. Pure rock n roll start to finish and they all looked like they thoroughly enjoyed it as well as the crowd.

Next up was Phil Cambell and The Bastard Sons. A great set of original material splattered with Motorhead covers, as you would probably expect. The original tunes themselves had heavy Motorhead undertones and sounded great. The highlight of the set was Born To Raise Hell with a guest appearance by Whitfield Crane from Ugly Kid Joe.

The legend that is Dee Snider was named as a replacement for Wasp a few weeks before the start of the festival. After seeing Twisted Sister headline here last year, I was really looking forward to seeing him again, even though I was disappointed that Wasp had canceled. As you would expect from Dee, he came on and took no prisoners…tearing through a set of new solo songs and of course, a few from Twisted Sister, including the stripped down version of “We’re Not Gonna Take It”… well, at least half of it before he said sod it and they ripped into the full version…awesome..!He did throw in a few covers that he said he always wanted to do but it was the cover of “Outshined” in memory of the late Chris Cornell that stood out the most.

What can you say about Airbourne… Joel O’Keefe and crew came on stage like an out of control juggernaut and proceeded to take Hellfest by the horns and throw it around like a ragdoll. There was no letting up throughout the entire set, even when he scaled the rigging at the side of the stage for a guitar solo way above the stage and the crowd, along with countless tins of beer that got hurled into the crowd… and Skippy the Kangaroo… this was a great Rock n Roll show and very entertaining to boot – definitely worth seeing again.

And so it was, to the headliner… Aerosmith, yet another band I’ve never had the chance to see. After watching a team of at least 10 people cleaned up the beer spilled by Mr.O’Keefe… all over the catwalk… Steven Tyler didn’t waste any time in getting down there and start doing his thing. His voice sounding as awesome as it always has, joined almost straight away by his toxic twin Joe Perry, they cranked out all the classics you would expect to hear from these seasoned pros. It was pretty much the perfect way to end another fantastic day of music.

The last day in the field brought me a few more surprises… Motionless In White has been just a name that I have seen thrown around a few times. I’d seen a few pics dotted about but that was about it… until now. I now have them wedged firmly in my daily playlist thanks to their set here at Hellfest.My initial thoughts on first setting eyes and ears on them was “Marilyn Manson”….and I do like Mr.Manson, but as they played through their set my opinion changed. This was a different kind of animal altogether. This was a great start to a Sunday in the sun and they soon had the place bouncing…and they didn’t stop. As a frontman, Chris Motionless is pretty damn good. He knows how to work the crowd and get the best out of them. Backed up by a great band with some cracking tunes, they were the biggest surprise of the weekend for me. You’ve got to love discovering new music and new bands and when it’s in this kind of environment it can’t be beat.

Skindred are another band that I’ve heard a lot about, and after their performance, I can see why. Benji Webb is another frontman who excels at what he does. He works and engages the crowd really well and they in return never stopped jumping and bouncing around like they were possessed. Just like Motionless In White, I may have to catch these guys again when they come back around.

Black Star Riders were up next, and yet another band I’ve not seen before. As a big fan of The Almighty, back in the day, I was really looking forward to seeing Ricky Warwick on stage again, and I wasn’t disappointed. He still appeared to be a giant up there front and center, and although that it seems he has mellowed a little from those bye-gone days, he certainly hasn’t lost any of his passion for what he does, belting out great tunes and playing a mean guitar. I admit I’m not the biggest of Thin Lizzy  fans, but I appreciate their standing in the world of  Rock music and why they are held in such high regard, but I think these guys made the right choice to continue under a different name when it came to writing new material, and it still has that Lizzy sound and quality. Ricky’s voice fits perfectly with it and in the live arena, it stands its ground without a problem.

Finally, we come to Alter Bridge… a band I HAVE seen a few times before. The unmistakable voice of Myles Kennedy and the quality guitar playing of Mark Tremonti sounded awesome in the late sunshine. I was more than happy to hear Ties That Bind which Is definitely my favorite tune, along with a ton of others. The AB boys put in a very fine performance and left the massed metalheads, and myself, very happy indeed.

So in summary, Hellfest kicked my ass for a 2nd year in a row….like I said last year, it really does have something to please everyone’s musical tastes. The layout of the site was top notch, the food and drink were spot on and all reasonably priced; plus, it didn’t rain…was it worth it?

Written by Neil Franklin on behalf of Rockwell UnScene Magazine 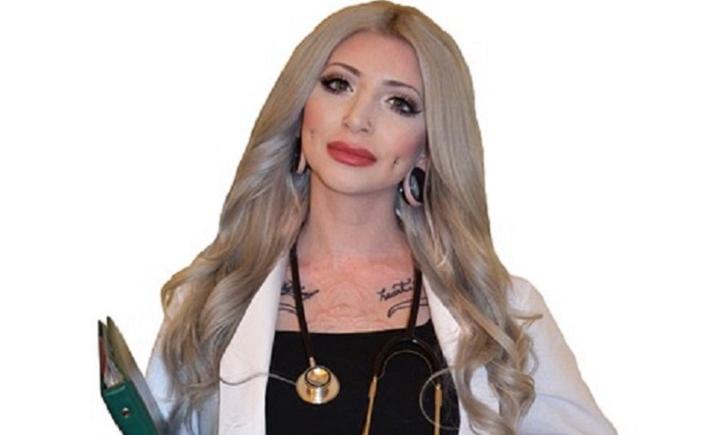 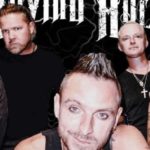