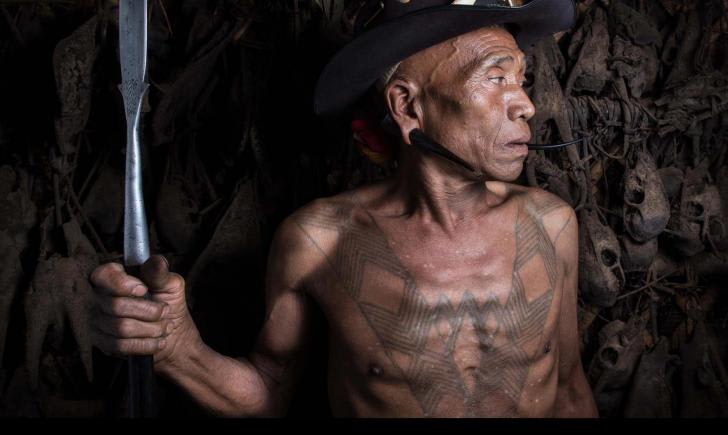 We’ve all heard the term ‘headhunter’ at some time or another. Sometimes it appears in movies, sometimes in books, or perhaps you’ve read about it in those age-old classics, National Geographic. Headhunters were ruthless; protectors of their villages, of their women and children. They wouldn’t hesitate to tear a head from its body if it meant saving the sanctity of their home, or in some cases, propelled their social status.

Many different cultures utilized headhunters in their societal structures. They’ve been said to have resided in Borneo, parts of India, some ancient Celtic tribes, and the Philippines; raging war on those who would threaten their tribes. These vicious killers would take the head of their enemy, and preserve it for all to see; displaying their victory like a photograph that today would be plastered on social media.

But, there was more to these gruesome kills than just a piece of really tacky décor. Once the victor returned to his tribe with a head in hand, there was another final step in the rejoicing process: The Tattoo. Each and every headhunter bore their kills across their body like our soldiers wear their many medals—a symbol of pride to both themselves and their community.

In the Philippines, headhunters utilized unique marks which were understood by each and every tribal member in the region. These marks read like a story; their rap sheet listed plainly for all to see. Instead of the well-known teardrop tattoos of today’s killers, these men displayed the most detailed markings across their chest and arms to show exactly how many lives they had ended, and in particular, how many heads came home with them from battle.

The chaklag was one such marking, which ran from the man’s nipples, curving upward and away from the body, reaching up and over the upper arm in an arch. These markings were practiced by the Bontoc Igorots of the Cordillera Mountains in the Philippines. In the Kalinga tribes, which were to the north of the Bontoc Igorots, these kills were etched into the back of the hands and were referred to as gulot, which loosely translates to ‘cutter of the head.’ As these men began to draft a list of deaths caused by their hand, their tattoos would become more elaborate—stretching their arms and chest.

In addition to lines and intricate designs, many of these tattoos included centipede patterns or templates. Those who reached the highest warrior status often received a marking called a human anthropomorph. These unique designs were inked just above the navel, while small crosses were added to the face. Of course, these tribes did put tattooing to use for other practices, such as therapeutic measures, but that’s a story for another article.

The practice of headhunting was banned in the 1900s. Since then, headhunting tattoos have been fading into the background. The tattoo artists who were trained to produce such amazing ink have been dying off slowly, one by one, leaving very few behind to share their stories. With a lack of headhunters active, the practice itself has faded into the wind; taking its history and culture with it. While there are those who devote their careers to the structure of these eclectic people, such as Ikin Salvador, an anthropologist at the University of the Philippines-Baguio, there are others still who would see to it a revival of the largest magnitude.

Of the tattoos, of course; because let’s face it, they wouldn’t still be walking the streets if they were attempting to revive headhunting!

Salvador was quoted saying that these headhunter tattoos were, “A cultural practice that is rapidly dying. And unless some sort of tattoo revival occurs in the near future, traditional tattooing in the Philippine Cordillera certainly will vanish forever.” And she was right, without headhunting, how could there be any headhunting tattoos? Makes complete sense and we should take a moment to be concerned . . . but perhaps, not too concerned as someone clearly heard Salvador’s cries and were called to action.

In a surprising twist of events, a revival has sprung to life . . . however, not perhaps were one would think. In 1998, a tribe entitled Tatak Ng Apat Na Alon was founded in Los Angeles, of all places. It claims to be an organized gathering of young Filipino-American professionals, who have set out to protect their culture, their history. They aim to preserve their ancestral traditions and rituals through practicing these methods and educating other young Filipinos about their rich history and background. They have deemed themselves with the name ‘Contemporary Headhunters,’ stating they hunt out heads to educate them as they see the chance.

The Tatak Ng Apat Na Alon travel to universities, tattoo conventions, and other such events to educate others on the roots and history of the Filipino tattoos in an attempt to prevent the disappearance of this phenomenal tattoo culture.  Their membership has risen to over 150 members, with more joining each and every year.

By finding a spin on the term ‘headhunter,’ these ingenious young Filipinos may have just saved the practice from total extinction; however, they still have a long way to go. While this group is making headway in the United States, it is still only a small part of the world—and the elders, who are still familiar with the old practices, are passing away faster than this new group can grow. It is hard to say if this is a practice that will be dying off or if it is slowly but surely reviving . . . all we can say for sure is that it is something we all need to watch. Either way, history is being made with each and every pinprick—or perhaps, the lack of.