Fashion Loves Ink: How the Tattoo Industry Played a Role in High-End Fashion 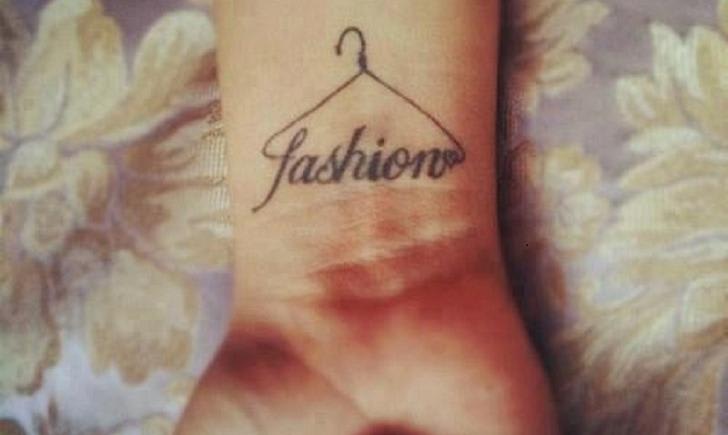 Over the last several decades, the tattoo culture has begun to play a large part in the fashion industry, and likewise, the fashion industry has crept its way into the tattoo subculture. Today, entire collections are being designed around tattoo trends, models are sporting mass quantities of body ink, and people are inking their favorite brand logos onto their skin with pride. The two industries—which on their own are massive—have actually begun to partner, creating one wonderful world that I am so glad I live in.

Long before I became a writer, I spent over a decade working in the high-end fashion retail world. It was a dream come true for me at the time, as an early 20s gal with a penchant for designer labels and killer shoes. My closet is physical proof of my long-standing love affair with the retail industry—just ask anyone who has seen my extensive collection of Betsey Johnson, H&M, and Marc Jacobs. It looks like a mall blew up in my over-packed walk-in closet! But, while I was enjoying my relationship with the finer ends of the fashion world, I was slowly developing a secondary obsession: tattooing.

It wasn’t long before I realized that the two were synonymous. There was a reason why I adored both of these billion-dollar subcultures: they worked and played hand in hand.

Now, before you think I’m crazy, let’s take a good look at some of my personal favorite designers—names that, regardless of whether you’re a fashion junkie or not, are household names. Okay, so maybe not household names like Johnson & Johnson or Levis are, but definitely recognizable to just about everyone.

First, let’s take a look at Valentino. Several years ago, Valentino ran an inspirational—albeit strangely outlandish—ad campaign that took a new look at the combination of these two cultures. Depicted in their ad was a rather large tattooed arm which clearly was of the masculine persuasion (it was later revealed to be the arm of the photographer, Terry Richardson). Dangling from this manly inked arm were Valentino purses and shoes—women’s, not men’s. Now, Valentino is high-end… and I mean, HIGH-END. They tend to use crystals and Italian lace, elegant appearing models and fancy cars. Valentino is upper class all the way. Pairing this classic, Upper-East-Side-adored collection with a burly, decorated arm was a stark contrast—but something about it just worked. The ad campaign was a major hit and clearly stands out for those of us who keep an eye on either of these industries. Props to the marketing team on that one.

Many designers these days pull from the traditional tattoo subculture to craft their expensive designer creations. My personal favorite (and serious addiction—no joke here!) is Betsey Johnson. Johnson’s use of iconic images such as cartoony hearts, thick, bold roses, swallows, skulls, and other traditional tattoo flash art designs paired with bright colors and phrases create an appearance of wearable temporary tattoo art. My extensive collection of Betsey purses are funky, fun, and flirty while still fitting in when sitting atop the counter at my favorite haunt (my boyfriend’s tattoo shop) or while I’m browsing the booths at the tattoo conventions I frequent. Her feminine take on skulls allows me to show my harder side while still maintaining a softer side associated with female fashion and her use of bold, thick lines resemble many of my own tattoos and those that I’m looking to get inked here soon.

Other designers, such as Jean Paul Gaultier, Gianni Versace, and Don Ed Hardy have all used tattoo motifs either worked into their designs or as inspiration for their own take on the subculture. In fact, in Versace’s 1993 runway show, he even went as far as having each and every model body painted with tattoo designs by an actual tattoo artist. In 1994, Gaultier followed suit—but took it a step further. His runway show consisted of a parade of tattooed and pierced individuals, with painted models at the close of the show. His designs included tattoo motifs and similar designs splashed across leggings, sheer body-hugging shirts, and tight dresses, giving the impression of the wearer actually being tattooed themselves.

Other large, yet cheaper, name brands that use tattoos as a marketing tool include Buckle, Affliction, Pacific Sunwear, and Hot Topic.

If you check out the runways as of late, you’ll see much more ink floating around than in previous decades. In an industry where everyone is informed how to look, how to wear their hair, how thin to be—seeing personalized tattoos creeping up across their bodies is a beautiful change showing the personalization of these otherwise dehumanized people. Models like Freja Beha, Kate Moss, Catherine McNeil, Naomi Campbell, Stephanie Seymour, Nikki Taylor, Eve Salvail, and Gisele Bundchen are all sporting their own inked designs these days.

Regardless of how involved you are with the tattoo community, if you’ve purchased clothing, shoes, or accessories in the last two decades, chances are you’ve been influenced in one shape or another by the subculture of the tattoo industry. You may not have tattoos yourself, but I would be willing to bet that there is at least one item of clothing hanging in your closet that bears a tattoo as its inspiration. Fashion and tattoos have been having a quiet love affair for some time, but as tattoos gain a more widespread approval rating, the fashion industry seems to be getting a little more vocal about the influential relationship they have with the once-underground culture. 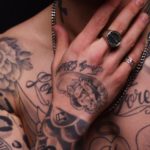