One of the performances I had the pleasure of seeing at Extreme Thing last weekend was by Chelsea Grin, a Utah-based band that is by far one of the most talented, loudest – ok, ok, I’ll stop beating around the bush – they’re heavy as shit.  They have THREE guitarists.  That’s right, THREE. If you’re into metal and you’ve never heard of them, what’s wrong with you?  Go check them out.  That’s an order!

I caught them right after their set and got a chance to sit down with the lead singer, Alex Koehler.  He was nice enough to answer my questions about his ink and much more.

Rockwell: I’m Rockwell Anderson here in Vegas at Extreme Thing for ROCKwell UnScene Magazine and Tattoo.com. Who are you, f*cker?

Alex: My name is Alex and I play in Chelsea Grin.

Rockwell: You just got off stage here; amazing performance. Tell us what you got going on for the rest of 2016.

Alex: Before this tour we spent a lot of time in the studio. We finished recording our next full length album. This is kind of like a “one-off”. We just got off a headlining tour for our five year anniversary of ‘Desolation of Eden’. We’ve kind of been sitting on this record, we’re going to drop it on summer Warped Tour.

Rockwell: We’ll see you on Warped Tour! Are you doing the whole thing?

Alex: With this new album we’ve kind of wanted to “go back to our roots”. Basically it’s just really heavy and really ignorant. That’s the best way I can describe it.

Alex: We have a title but I can’t say it yet.

Rockwell: So you’re stroking us off with no happy ending… What’s it like being a heavy, hardcore band like yourself being from Salt Lake City?

Alex: That’s pretty funny. Anytime we’re on tour in a different state and someone asks us where we’re from, I say Salt Lake City. And they’re like, “Oh so you’re Mormon?” …Obviously.

Rockwell: For those who don’t know, there’s more Mormons in Southern California then there are in the whole state of Utah. Now let’s talk about these tattoos. You have just a few of them.. Which one was your first one?

Alex: My chest. It sucks, it hurt.

Rockwell: Can you show us?

Alex: I told my manager I was not going to take my shirt off in this interview.

Rockwell: Damn, whatever. You’re not showing us any skin or giving us the new album title.  You’re killing me.  What’s your most personal one?

Alex: I think the one that’s about the first song we ever wrote as a band.

Rockwell: So obviously you’re incorporating your music and your band into your artwork. Do you have a specific artist who does all of your work or do you travel around?

Alex: Yeah, actually our homie from back home. His name is Ryan Johnson. He works at a shop called Tiger Claw. He actually did our artwork for our ‘My Damnation’ CD and our ‘Ashes to Ashes’ CD.

Rockwell: Do you have any blank spaces that you’re looking to tattoo next?

Alex: I got a little bit on my back, my stomach and them my leg, but I feel like the older I get the more they hurt so I don’t know how many more tattoos I’m actually going to get. I’ve become a pussy now.

Rockwell: If there’s room for ink, there’s always time for ink. How old were you when you got your first tattoo?

Alex: I was seventeen actually.

Rockwell: So what did they think?

Alex: That’s why I did the chest first, so I could hide it.

Alex: People ask me a lot what means the most to me. I just like it because it looks cool.

Alex: Music for sure.

Rockwell: How old were you when you really started getting into music?

Rockwell: When you’ve been on tour, are there any artists in different bands that you’re like, “Holy shit, I love your tattoo”? Or are there any tattoo artists you follow?

Rockwell: Well thank you for your time. You just got offstage and now you can relax. Speaking of social media, where can people find you on social media? 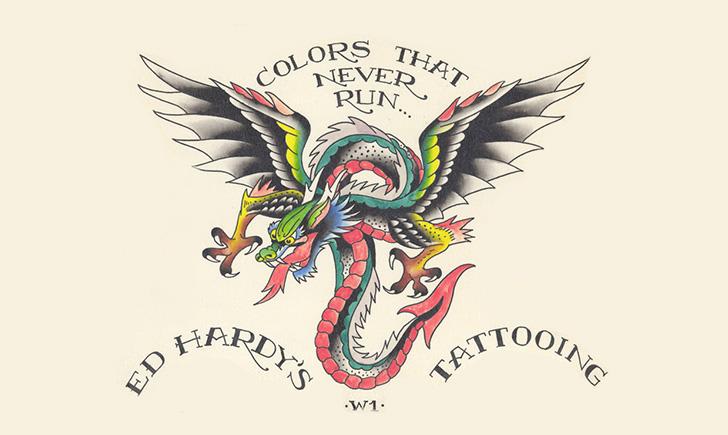 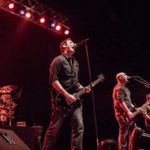