Victor Ortiz was born and raised in Garden City, Kansas. Growing up in the foster care system, Victor’s life was anything but easy – but nothing stopped him from fighting.  He started boxing at a very young age and grew to become one of the “top three” welterweight boxers in the world.  In addition to a successful career in the ring, Victor has proven himself to be a no-kidding around actor. He recently appeared in the film “Southpaw” alongside Academy Award winner Jake Gyllenhaal and just wrapped a movie with Bruce Willis!

I was lucky enough to interview Ortiz at his gym in Ventura, CA. During the interview, I asked the question everyone wants to know:  Will we ever see a rematch between Ortiz and Floyd Mayweather?  It’s no secret there is bad blood between the two fighters. Ortiz hinted that Mayweather might be hesitant to fight him again. When I asked him about a possible rematch, his response went something like this: “The man has to be smart. You can’t get to 50 and 0 stepping in the ring with me.” Those are fighting words, if you ask me!

We also chatted about the new UFC Champ, Ronda Rousey. Victor lit up when he talked about her, stating that they are good friends and even share the same birthday month (hey, I’m an Aquarius too, Vic!).

I was very excited to see  Victor’s tat, which fills up his entire upper back. But, I was very surprised to find out that this is Victor’s ONLY tattoo. Does he plan on anymore? HELL NO!! He told me how painful his experience was and he doesn’t plan on getting any more. Come on, Vic!!! Maybe we can change his mind! His exact words were, “unnecessary pain.” Sorry, everyone! He also said that the most painful place to get a tat is on your upper back. What do you think? Is he right or wrong? He went on to say that he could feel the needle hitting against his bones – – – not his idea of a good time.

Victor shared the interview with Athlete, Andy Dooley, who is one of twelve ‘Face of Reebok’ finalists. Victor is helping sponsor Andy during his campaign – they are very good friends. Andy shows us some of his many tattoos, including a promise tattoo he shares with his wife.

I think what makes Andy pretty darn cool is the fact that he has an ‘Iron Man’ tat.  Yep, you heard me right.

He told me he had this tattoo before Iron Man was even cool. Andy definitely gets brownie points for that one. Let’s just say he has so many tats that he lost count. Make sure to submit your comments and let me know what you think of his ink. Yay or Nay? And better yet, should he be the face of Reebok?

We went on to talk about Victor’s experiences on set with Jake Gyllenhaal on the set of Southpaw, meeting the gorgeous Rachel McAdams for the first time at the Premiere, and what it was like to work with his dream co-star.

Thanks for tuning in!! 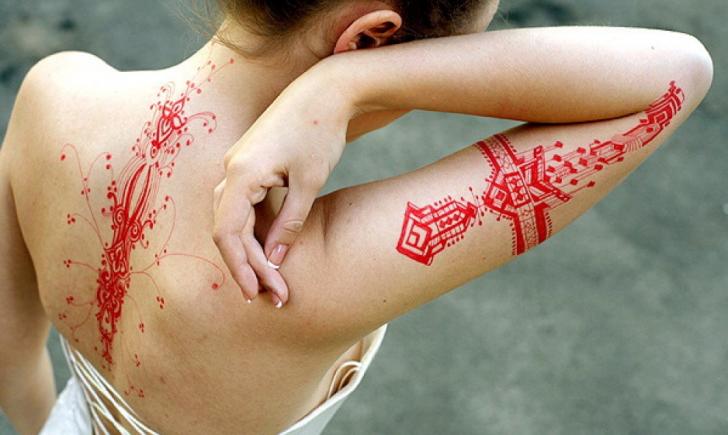 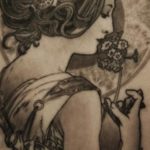