“Making music is all I’ve got. I have to do it well or else I’m in trouble.” – Rome Ramirez
Last month, I had the opportunity to interview Rome Ramirez at his studio compound in Hollywood Hills. He gave us a tour of his place – which made me feel like I was on an episode of MTV’s Cribs. It was awesome. Not only is Rome a blast to talk with, he’s extremely down to earth. He has a deep passion for both music and tattoos. Check out my exclusive interview with the Sublime frontman and listen to what he had to say.
Stay up to date on Sublime with Rome by following them on social media and visiting their website.
Exclusive Interview: Sublime with Rome was last modified: November 16th, 2017 by Mike Lane
0 comment
0
Facebook Twitter Google + Pinterest
Previous post
Next post 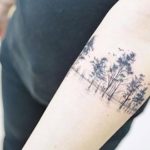