In 2016, Avatar won over the hearts of countless new fans in America with awe-inspiring performances at festivals like Carolina Rebellion, Northern Invasion, Aftershock, Louder Than Life, and Welcome to Rockville. At each performance, Avatar’s stage presence was unrelenting. From their bold costumes and crazy looking makeup, to the killer lighting, confetti, and pyrotechnics on set, Avatar clearly understands the concept of creating a visual experience while dishing out some of the finest, most decadent and irresistible Swedish metal in the industry today.

Avatar is comprised of five members:  Johannes Eckerström, Jonas “Kungen” Jarlsby, Tim Öhrström, Henrik Sandelin, and John Alfredsson. Our very own Neil Franklin got a chance to talk with Avatar’s frontman Johannes Eckeström before the band’s performance at Oxford, UK last month. Keep reading to learn more about the man behind the make-up and the history of Avatar.

Johannes, it’s a pleasure to speak to you before the show tonight

You’ve done a few support slots over here but is this your first major (headlining) tour in the UK?

No… 2 years ago… well it was marketed by different people. It was a co-headline tour with a band that recently split up… The Defiled. We closed the shows on the continent and they closed the UK dates but we had equal amounts of stage time, so I would count that as a co-headline tour. This is the most successful UK run to date and doing it in our own name.

Yeah, we played fairly early. The day before we played Download Paris and we were in a rush to get to the UK in time, that was cool… I think the first time we played was about 11am, but we got upgraded to 12pm or 1pm the year after so a huge improvement…

Going on early, you’ll still find a lot of people out there.

Yeah. I was surprised especially the first time so I can’t complain. People were loyal enough to show up…

A fair few dates on this tour, last UK date tomorrow then into Europe, and finishing with 2 sold out shows in your home town… that’s got be special.

Yeah, it is so special. I like to stay at my parent’s place, wake up to breakfast and then take a bus to a sold-out show. It’s a funny experience…

Yeah but in a good way… when and if we get to play in our home stadium… that day I’ll definitely take the bus I used to get to school or work or whatever and take that to the stadium… something special about those contrasts.

Haha… yeah maybe. I did it before a video photo shoot somewhere in town and then had to go home where the shower was… I’d be traveling around Gothenburg quite a bit as a clown…

Haha… that’s cool! Something I wanted to pick up on was your sense of humour, after seeing various videos of you all dressed up in Hawaiian shirts and shorts…

Oh yeah… well that came from… well, we liked the idea of being in uniform – but we don’t like the idea of being told what to do. Then, suddenly people and management were saying “you need to be there and you need to wear this”. And we were like ”So you need us in uniform?” and they were like, “Yes”. We said, ”Okay we’ll come in uniform”….so, our uniform was Hawaiian shirts and shorts…another example of “Don’t tell us what to do..!” Sometimes it’s quite silly, but at the same time, it’s a double edge sword because it’s an extremely healthy thing for a band to have… to be stubborn.  There’s a lot of people in this business who wished they were in bands.  Now because of what office job they have in the business, they feel like they should have a say on the artistic side… and they do not. You learn more about that over the years.

I think it’s good that there’s still that kind of rebellious streak but you’ve got standards that you want to stick too.

Yeah, it’s very easy to get sucked in. Luckily we had a soft start, our first album came out when I was 19 years old so we had to grow into what we were doing. We didn’t have that immediate runaway success so we had time to get to know oneself and learn lessons about integrity and all that on a much smaller scale. So when the energy drink companies and all that bullshit show up you already know something about yourself and not so easily led astray.

When you were younger, who were your inspirations, who were you listening to get you onto the road you’re on now?

What made me a metalhead for real was a 2 step rocket where the main players were Black Sabbath and Helloween – – it was a parallel entry into it…specifically Helloween. That double bass drum and that music that really, really painted a different world to the one we lived in, that escapism and sensation of something greater and grander got me really hooked and shortly after I stopped cutting my hair and that’s when I knew… in my early teens. “Hello…I’m a metalhead!” That whole identity as a kid came from there, and I did the journey most metal kids do where it got more and more extreme for a while and you come full circle and pick the good stuff from everything you’ve been into… I had my favourite death metal, black metal, power metal and old school stuff that I look at when I do my part of the writing.

You’ve got a great voice… was it something that came naturally or have you had any kind of vocal training?

At high school, I went to music classes and started to take singing lessons, but I was singing in bands before that, mainly because I didn’t own a bass. That was the reason in the first band I was in doing covers, AC/DC, Ozzy, Priest… stuff like that. The first band, with original material, I went there with my trombone (which I was playing a lot at the time and my guitar to see what happened). Very few teenage boys want to sing… it’s scary and explosive and a bit wimpy and all the stupid things you worry about as a kid. I always wanted it, but maybe didn’t articulate it properly because it’s the scariest part to play at that age with everything. You can kind of hide behind your instruments somehow.  That’s how it felt to me in the beginning… but then, of course, no one in my band is hiding behind the instruments in the show we’re making, but that’s how it is in the beginning. So I got kind of tricked into becoming a singer, they already had a bass player, guitar player, and drummer; so we did this thing, played a little funky piece… ”so you should write lyrics for this now..”… ”Ugh.?”  (laughs). Shortly after high school, I joined Avatar that summer. The rest is history. Everything you do as a singer whether it’s extreme death metal or opera benefits from the same vocal exercises.

Is it more of a true expression of yourself?

Yeah… here’s the thing. I don’t have a stage name, I’m Johannes on and off stage, and what happens is the face paint puts more exposure on me, so I feel more naked because you’re right there you can’t escape… I used to wear a Judas Priest T shirt, leather jacket, some eyeliner and looked slightly bothered, so there was a comfortable, established Heavy Metal pose to take. That was safer and felt more like I was hiding. I feel the reason the whole clown thing is working so well for us is that it comes from a very strange yet real place in me and us as a band, meaning that I expose more of my real self on stage being like this… so definitely not a hiding place… it really throws me out there which is why I love it.

Plans for next year…touring, writing?

Yeah…writing is happening but there’s no deadline, no studio booked. We just want to write… there’s always a short burnout right after an album is out. This was very intense for ‘Feathers and Flesh’, but in the meantime, I’m just writing songs for my godson’s baptism and stuff like that… hahaha… we still compose because it’s what we do.

Are you doing any festivals next year?

I’m not sure which ones are 100% confirmed so I don’t dare to give anything away before I’m allowed to so… no comment… haha.

Johannes. Thank you again for your time and have a great show.

Interview by Neil Franklin on behalf of Rockwell Unscene Magazine 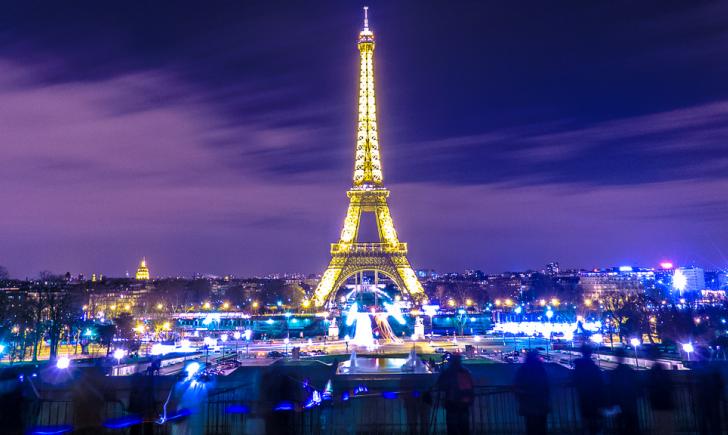 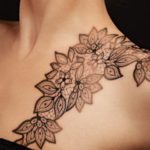