Danny has just begun a very exciting chapter in his life, opening up his own tattoo shop, /twis–tid/ ink. Starting your own business can be both fulfilling and unbelievably nerve-racking at the same time. Fortunately for him, he has the help of his Wife, Elisha Neubauer, to stand by his side on this thrilling journey. We just wanted to ask a few questions about his life as a tattoo artist and opening up his own shop. Congratulations Danny and Elisha! We wish you the best and know you will run a successful business together! 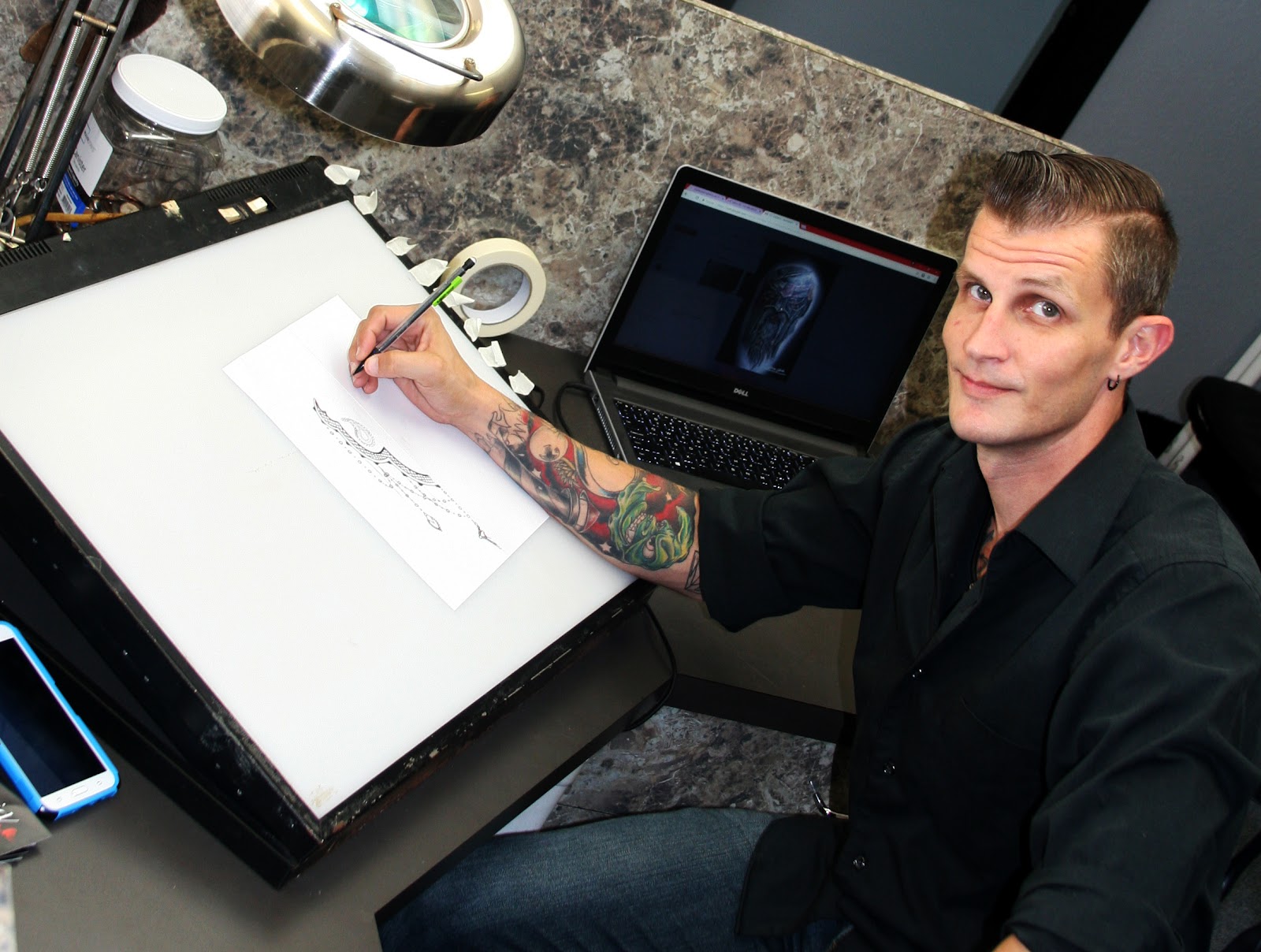 Danny, what was the defining moment that you realized becoming a tattoo artist was the career for you? Who or what was your biggest inspiration to do so?

That’s a hard one… I’ve always loved the industry and the thought of people wanting my artwork on their bodies. There’s no better instant gratification than that. Most other careers you’re putting in work but you don’t see a return for years. Even with traditional artwork… if you do a piece on a canvas it can sit in a gallery or your house until you’re done working on it or it sells, which can be months or years. Tattooing, once you put it on someone’s skin, it’s there. You’re seeing the people’s faces, their reactions. That’s really what did it for me.

As for an inspiration, a family friend used to own a tattoo parlor in New York and all throughout my childhood, as I was drawing, he would always say that he was going to open another shop when I was old enough and have me be the artist. It was a constant prompting of, “this is what you can do.” The fact that he was so adamant and excited about it really got me excited. I was trying to figure out why this older, established man was so insistent in getting me involved in the industry and the culture. He would spend time with me, teaching me different styles and things that I could do with my artwork. Being that he was one of my dad’s good friends, he was always there and always a positive influence as far as my artwork goes that I could do something with myself and with my artwork. He showed me that there were different avenues than being in a desk job…

I actually have a tattoo that reminds me of him – it’s a diamond with a cowboy hat on top of it. Without him, I don’t think I would be in this career at all. 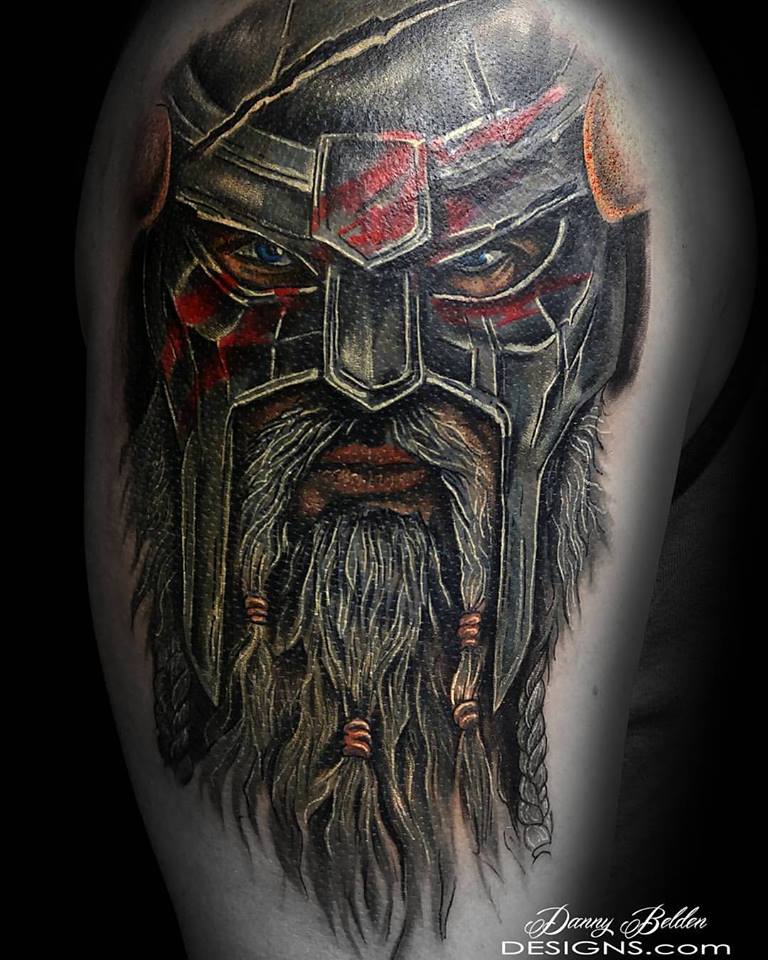 How long has it been since you started tattooing? Were you self-taught or did you apprentice in a shop?

First time I picked up a machine, I was about 17-18 years old. I started my apprenticeship at 17. I was at the shop every single day, putting in my hours. It was a real, formal apprenticeship. I was putting together and taking apart machines and things like that. By the time I was 18, I was tattooing on my mentor and that was it…

I deviated from the industry for a while. I became a parent shortly after becoming an apprentice and it changed my life. I had to provide for a family and, at the time, I didn’t think tattooing could do that for me. But in recent years, I’ve decided it was worth taking that leap to follow my dream. Things will never happen for you unless you try, right?

What was the first tattoo you ever did on someone and what were you feeling in that moment tattooing them? What was the tattoo of?

It was a PlayBoy bunny and the word Bunny. It was on a woman, of course, and I was terrified. I didn’t want to do the piece. I was scared of screwing it up, even though I had worked on my mentor several times previously. I didn’t feel like I was ready to work on a client yet. He basically said I had to do it or get out… needless to say, I did it. 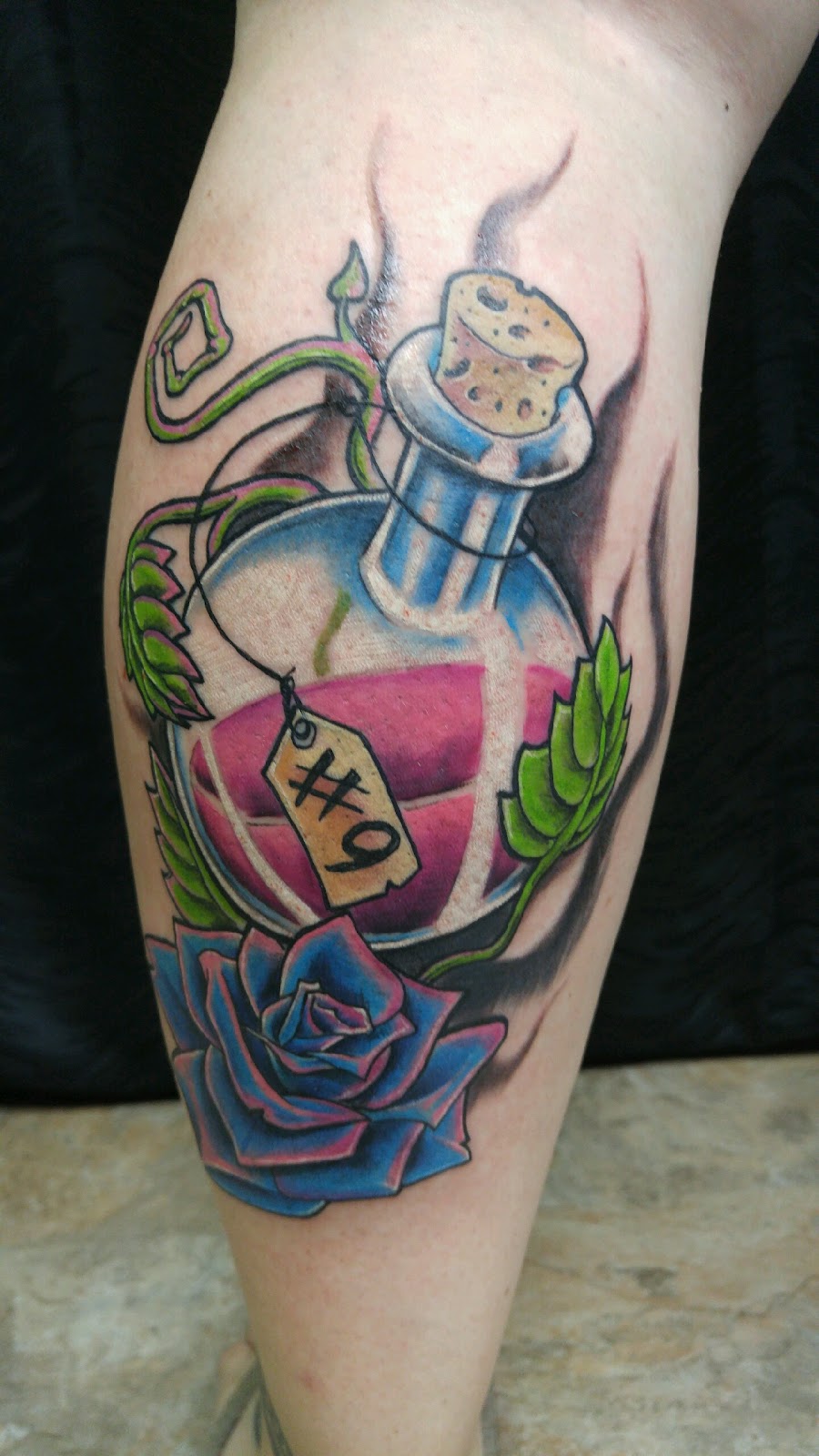 Over the years, what style of tattoo have you found to be your favorite to do? Is there any style that you don’t like to tattoo? What’s been the most memorable tattoo that you’ve ever done?

I love New School, but it’s constantly changing for me. Right now, I’m having more fun with realistic pieces. The more challenging it is for me, the better. Pretty much anything that I haven’t tried yet, that’s what I want to lean towards… that’s what I want to do. I’m constantly searching for more knowledge, information, techniques. You’re never done learning…I’m a small fish in a big pond. I want to learn everything I can, do everything I can.

As for styles, there really isn’t anything I don’t like to do. Especially now… I pretty much try to do whatever I’m asked. It doesn’t matter what style it is, I’m going to put my all into it. I’m going to do the best I can to knock it out of the park.

Most memorable tattoo? That’s a hard one. They’re all memorable for different reasons. It can be a fun client to work on or it can be a unique story behind the ink. Everyone has a different reason for wanting a tattoo…even a spontaneous piece is there for a reason. I can’t really say that any of them stick out more than the others. I feel like everyone has a reason for getting it. Even if it’s a group of girls in a bachelorette party all getting matching tattoos on a whim – it’s important. They’re getting it because they’re all together and they want to remember it.

On to this new shop of yours. Did you ever think that you would one day become the proud owner of a tattoo shop? Was this always a dream for you or was this something you wanted to do as of recent years?

It’s not just my shop, it’s our shop. We’re a team. None of this could have ever happened if I didn’t have Elisha by my side. She’s not only my business partner, but she’s my partner in life. The fact that this was able to happen so quickly and so smoothly was mainly because of her insight and drive.

I’ve wanted to do this since I was in high school. Although, I never dreamed that it would happen at this point in time. All the pieces kind of fell into place and not just with the shop, but with life in general. 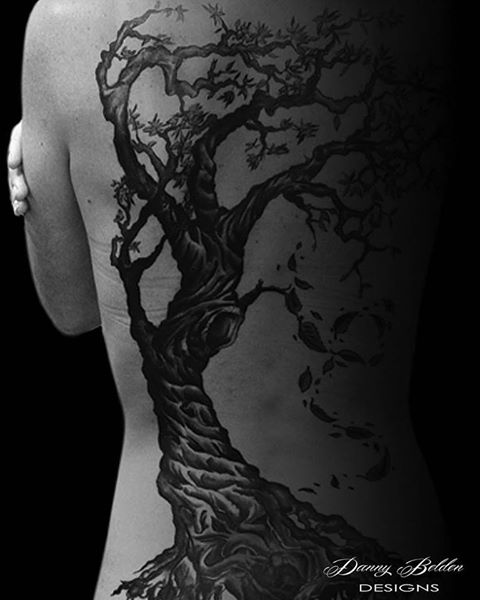 How long did it take for you to open up your own shop? Was it difficult for you to get it up and running?

Honestly, it happened pretty quickly. We did it in less than a month. Mind you, there’s always more stuff to do around here, in my opinion. It was a huge undertaking and super stressful…but we managed it. The fact that it even happened is still blowing my mind.

You and Elisha have 4 kids together, do you think any of them will be tattooing by your side in your shop someday?

I would love to say yes. But the one that has the natural talent for art, I feel that he has his own dream and I’m going to do everything I can to nourish that and help him make that happen. If he wants to learn and pick up this trade, I would be more than happy to teach him the right way. But, I’m kind of hoping that he follows the dream that he has right now, which is to draw for DC Comics. Personally, I’m a Marvel fan, but that’s his choice. DC fits him more anyway, it’s a darker style which he seems to favor.

What advice would you give to someone who is aspiring to become a tattoo artist or someone who plans on one day opening up their own shop?

Get a formal apprenticeship. Learn good business practices, or do what I did… have a good woman that knows business. It’s not all about the artwork when it comes to having a shop. You can be the best artist in the world but if you have crappy business practices, it’s not going to last. You’re never going to grow to realize the potential that you really have.

Thank you so much for your time and good luck on the new shop! We’re beyond excited for you and your family! 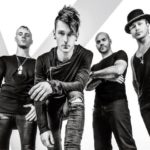