Home EMERGING ARTIST OF THE WEEK: TO WHOM IT MAY – “GHOST”

EMERGING ARTIST OF THE WEEK: TO WHOM IT MAY – “GHOST”

Tattoo.com and Danny Wimmer Presents (DWP) proudly present Emerging Artist of the Week, To Whom It May, a three-piece progressive rock/metal band from Galveston, TX. Members include Jonathan Jourdan on vocals/guitar, Robb Marshall on bass, and Dexas Villarreal on drums. Their self-titled three-song EP was released on March 6, 2015.

At first listen, you’ll wonder why the hell you haven’t heard of this band before. The powerful, melodic, sweeping vocals of Jourdan (similar to the late Scott Weiland and Layne Staley) will keep you fully engaged from track to track and inflict you with a deep craving to hear more.

To Whom It May was the winner of ReverbNation’s Battle of the Bands and has opened for heavy hitters like Nothing More, Twelve Foot Ninja, and Red Sun Rising. They’ll be releasing their new album, “The Great Filter” soon.

Click below to experience “Ghost” by To Whom It May 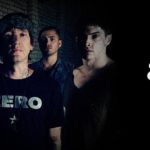