Kansas City is quickly becoming one of the nation’s best artistic and cultural hubs, especially when it comes to music and tattoos. Industry newcomer, Ana Marcela Maldonado Morales coming at it from a different angle– one that aims to make a difference. Her shabby yet hip and comfortable loft space, Tintoretta Tattoo Studio, just opened its doors in April 2016 and dually functions as a safe space for women as well as a place to get some badass ink.

Morales studied at the Milwaukee Institute of Art & Design and is known locally for her activism regarding sexual violence. Identifying as a queer feminist, she has joined forces with fellow Kansas City activists to form Squad of Sisters, whose mission is to combat rape and other forms of sexual violence in the KC metro.

Female tattoo artists have always been understated, but Morales plans to cut through the industry’s oversaturation of a male presence and demonstrate big league ink technique. Clients wear her work with great pride and have shown loyalty through countless internet posts and photos on social media.

As owner of Tintoretto Tattoo Studio, Ana Marcela Maldonado Morales is slowly changing the way tattoos are done. She takes pride in keeping her customers relaxed and refuses to rush a piece. Her portfolio shows daily artistic growth, which is one of the most important traits of a successful tattooer.

Tintoretta Tattoo Studio can be found in a rustic and reverberating loft building located in the West Bottoms district of Kansas City, Missouri. Shared by fellow multi-media artists, the Hobbs building is an inviting industrial melting pot of cultural perspective and helps to channel the right energy needed for Tintoretta’s overall appeal.

Stay tuned for an onterview with tattoo artist Ana Marcela Maldonado Morales in the near future. Until then, check out Tintoretta Tattoo Studio on social media and help spread the word about activism through ink! 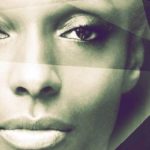